So, you might recall my previous discussion, regarding how I think getting into nature is a really fantastic form of therapy? Well, I admit, it’s something I have been pretty intentional about doing this year.

Summer of the State Parks

I had this realization a few years ago, of how easy it is to live somewhere, but not really know the place. I lived in Missouri for years, and while there were places I explored deeply, and got to know really well? I realize that I didn’t get to know it that well. I think sometimes, when your family is from a place, it’s easy to simply see those places that you go with your family without really adventuring; it’s just a completely different experience from being your own Lewis and Clark. And I admit, there is a lot of pretty in Missouri, but I took a lot of it for granted. When I moved to the Pacific Northwest six years ago, exploring and adventuring were pretty high on my list of goals, and I have managed to take quite a lot in. It doesn’t hurt, that Washington is stunning, and almost demands you pay attention to it’s natural beauty. It definitely fosters that kind of outdoor love in a way that is hard to miss.

This year, however, as part of my intentional heart work, I decided to get pretty specific and dedicated about having a project, and so I determined I would try to see as many State Parks as I could manage. I decided to call this, ‘The Summer of the State Parks.’ I love a project. 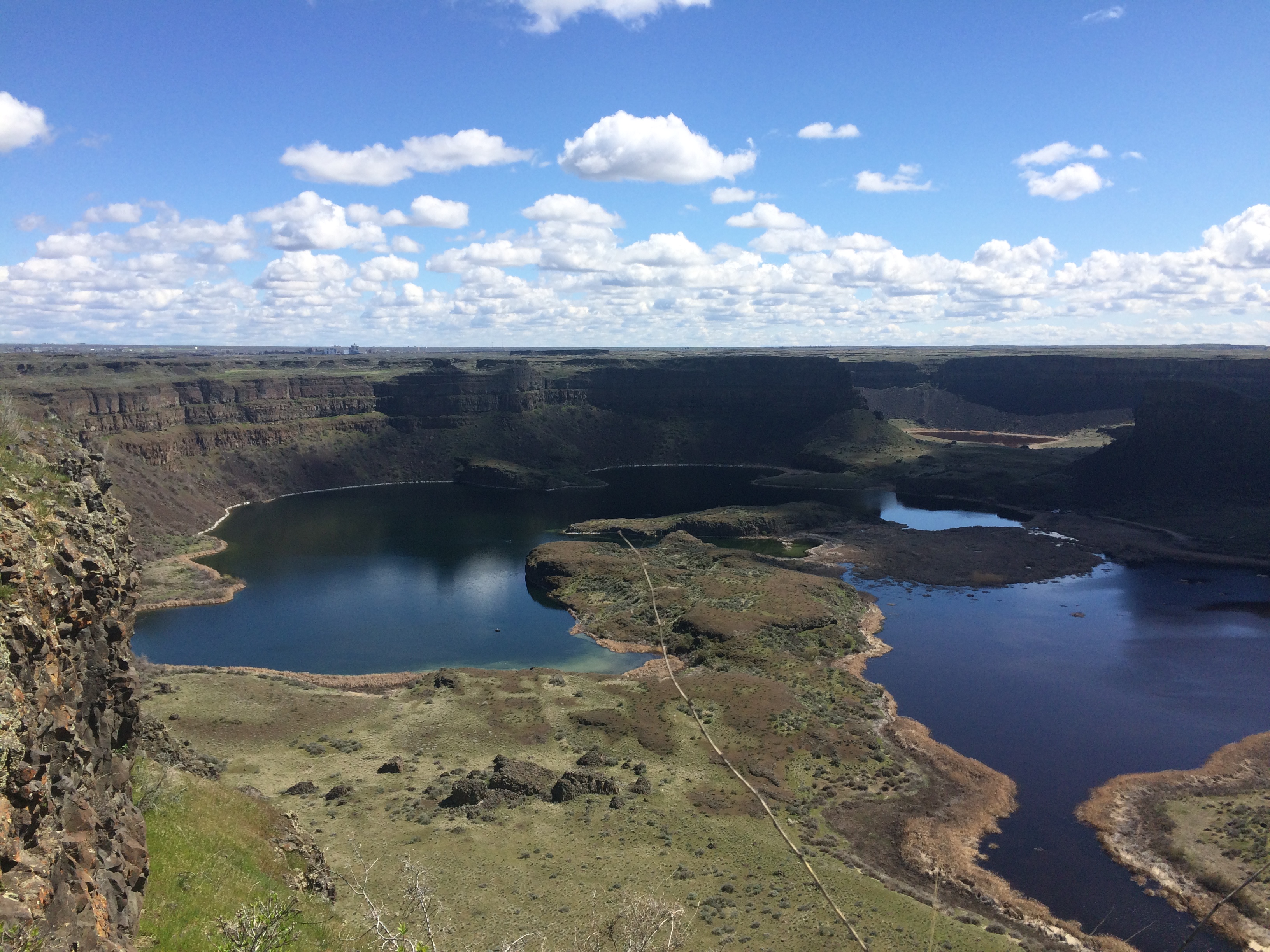 Naturally, there is a pretty overwhelming list of state parks, and I knew there would be no way to see ALL… not even close. I would need to pick 6 to 8 that were top my list. Secondly, due to being in school, I was mainly planning on only taking day trips, (for me, that is classified as anything under 4 hours one direction) and that, would limit my circumference of travel. I live in the inland northwest, and so that was going to rule out a bunch of the cost hikes. Thirdly, my list would need to account for the fact that in April, there is still a lot of snow, which could make planning for travel sketchy and also, I don’t really snow sport, because… I don’t. That said, my list would need to opt for some of the drier desert hikes (the ones people don’t really think about, when they think of the Evergreen state), however, they are both closer in location, and also, I would then be able to see these before the sweltering summer sun, and the rattlesnakes… (yes, there are rattlesnakes.) Of the original list, three of the following actually were on the original list–the rest ended-up being adapted as the summer progressed. But one of the best things about solo adventures is, it’s both easy and ok to adapt.

Dry Falls is several hours to the north, but was definitely within my circumference. The park is on the lower end of a region known as the Grand Coulee–which is an ancient river bed on the northeastern side of Washington state.  Dry Falls is, as the name suggest, the site of a waterfall that is now dry. And not a little waterfall; the cliffs are around 400 ft high, and it stretches about 3.5 miles, so think something about ten times larger than Niagara Falls. 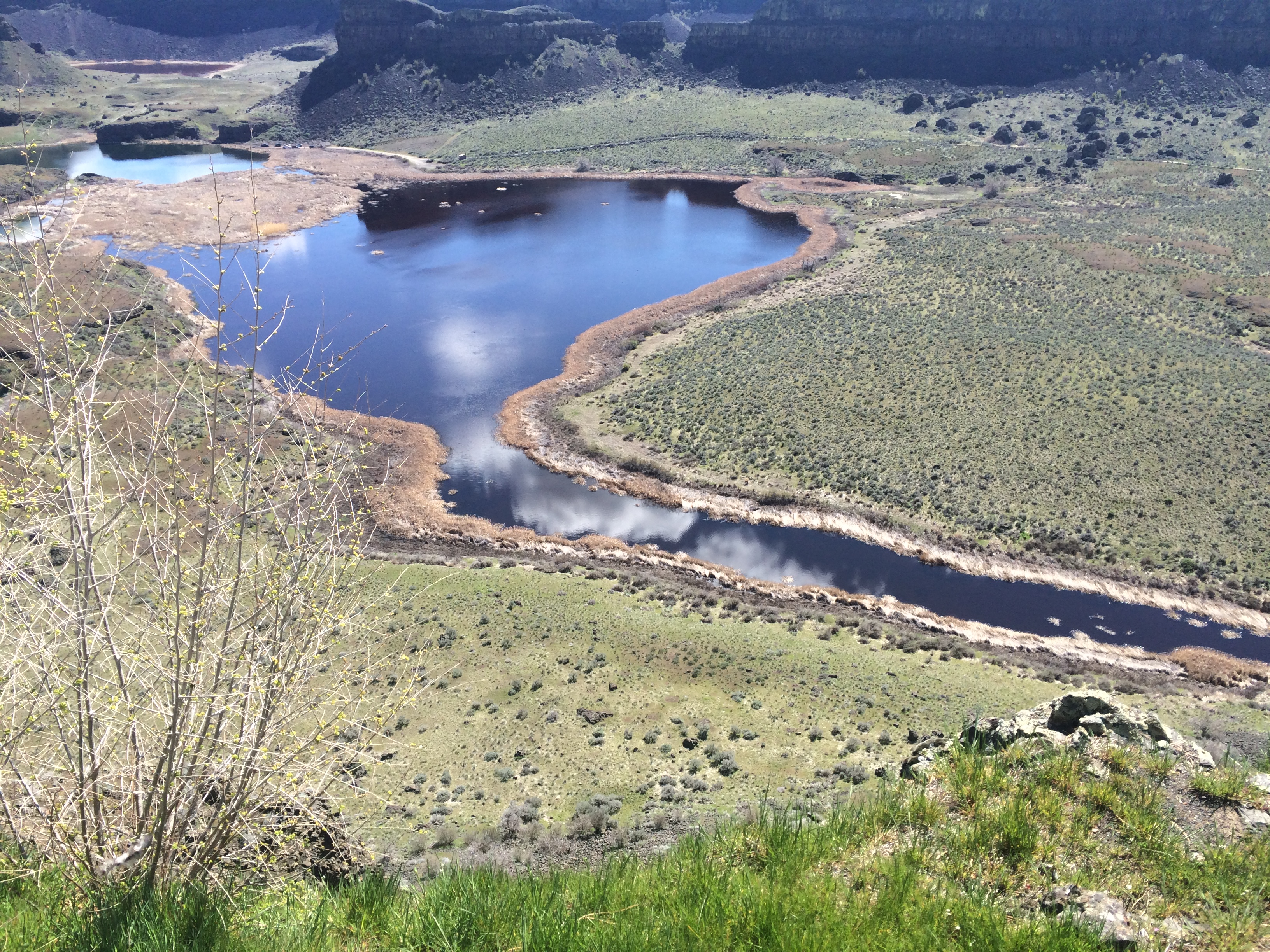 The state park, is the part contained below the cliffs, and within the river bed. So basically, hiking feels like being Simba in the Lion King, right before the stampede of wildebeest (totally, not worrisome, at all.) Only within the dry riverbed, it’s dotted with little lakes. Prior to hiking, I actually drove to the Park shop/visitor center, which also had an overlook that looked out at all the lakes; pretty much every picture I took made me feel as though I was in a spaceship looking down on a planet…possibly earth? But it seemed unclear. 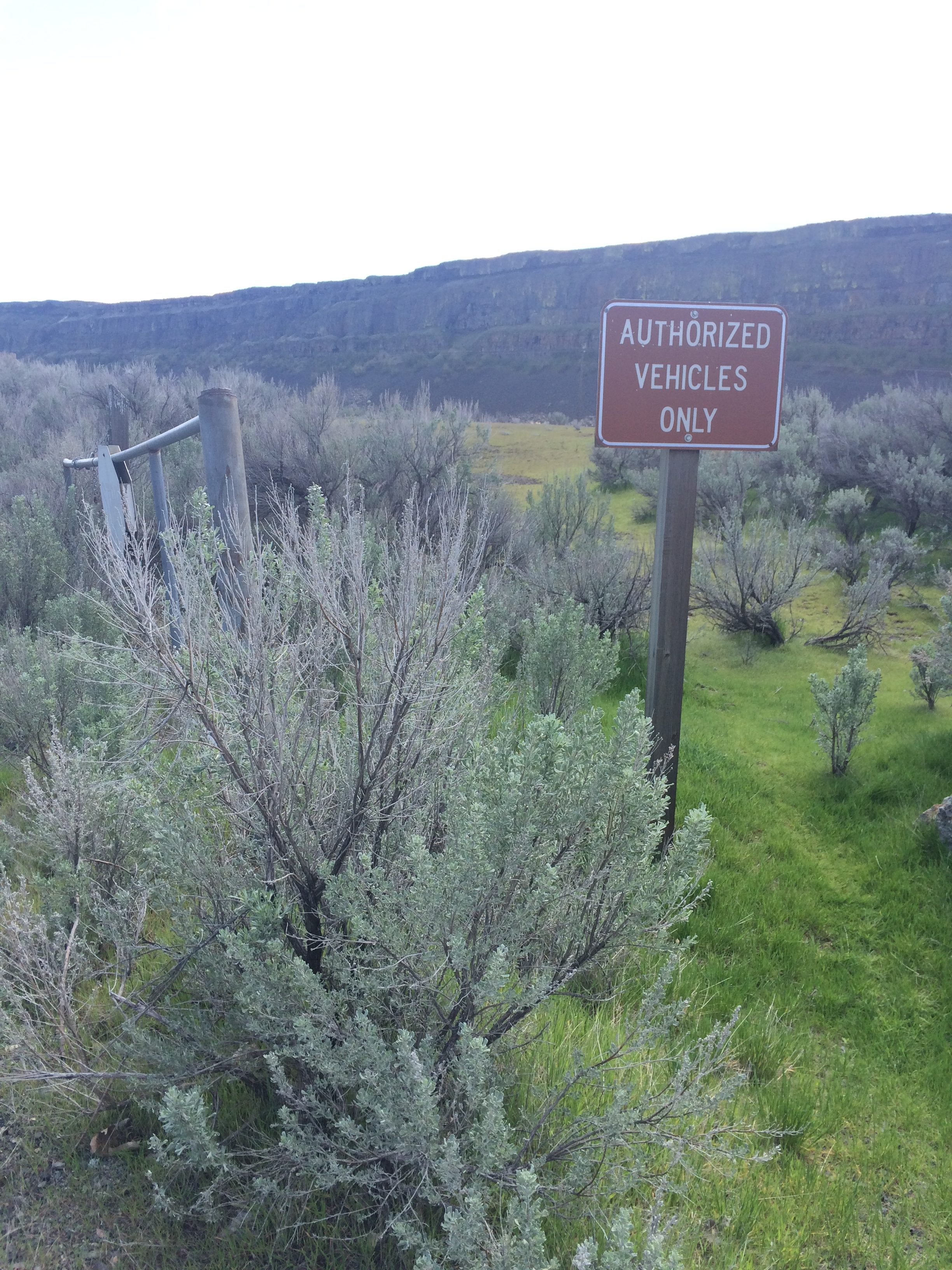 Sometimes, I’m really good at looking up maps and scouting routes… but this was not that trip. Because it was earlier in the year, one of the roads I intended to drive down (to get the trail I was planning on) was actually flooded. It didn’t look really deep? But as I do not possess an off-road vehicle, I decided to not find out.  Instead, I ended-up spending quite a bit of time on a service road, which turned out to be just fine. 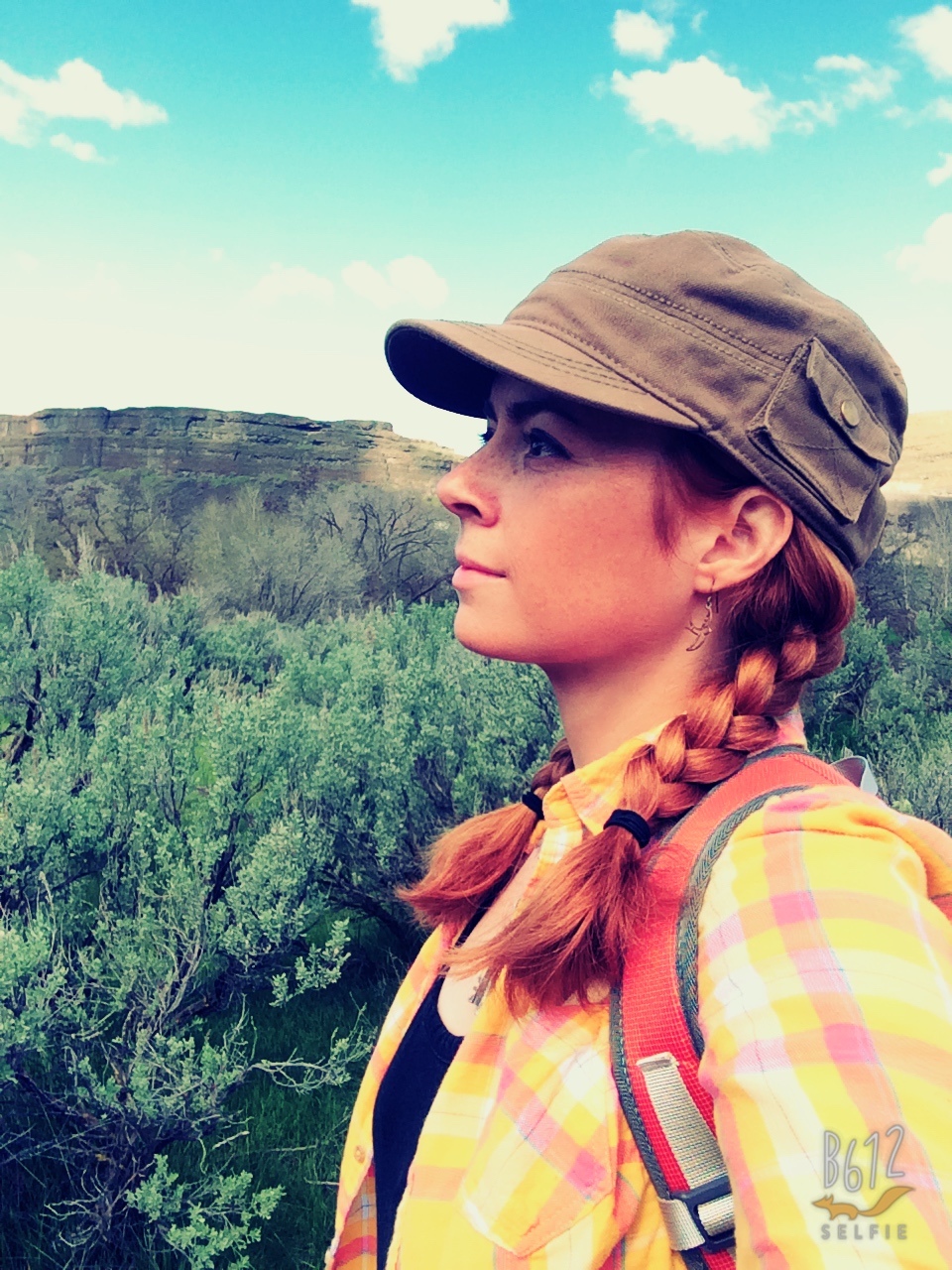 I could still see up on the cliffs, where I had been earlier? But for the most part, the service roads were pretty empty. I think I saw about four cars on my hike in, and maybe four on the way out. 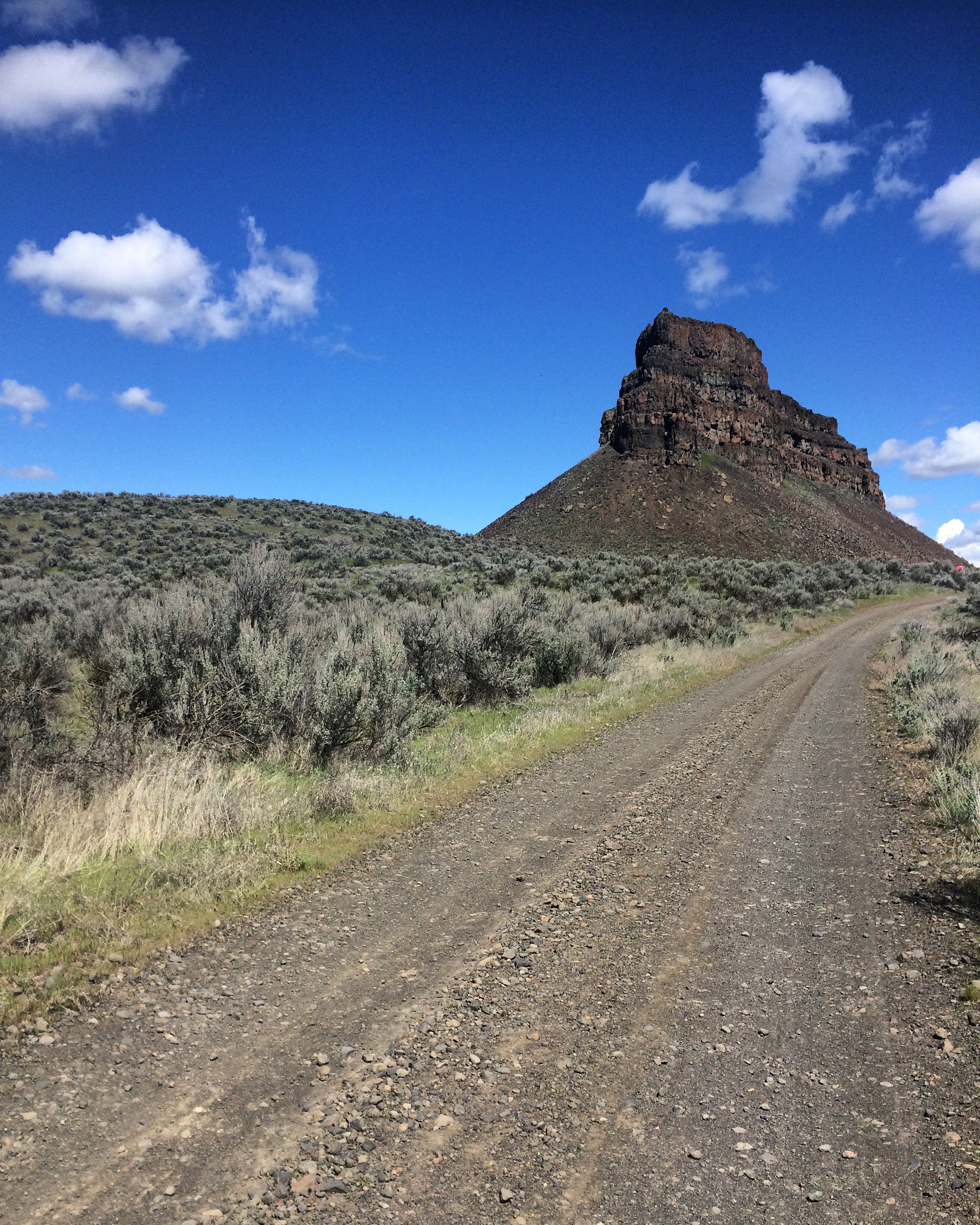 I admit, I have always been a forest girl, a mountain girl, and even at times an ocean girl… but the desert was not an instinctive love for me. But since moving to the west, I have fallen just a little bit in love with it. I still might choose the forest, mountains and ocean over the desert? But I also love the colors and strange alien feeling that the desert evokes. Also, it makes me feel like a western buddy… and I really enjoy pretending like I belong in a Larry McMurtry novel.

I think also there is something to that alien, spaceship feeling that applies equally well to the desert. And one of my first dreams was to be Sally Ride, and perhaps the desert is the place where I feel most like a space explorer? I can’t help but think also of the show Firefly, and that easy crossover of genres, that yields the Space Cowboy. There is definitely a similar bareness, and lonesomeness, but also freedom, and open possibility, between desert and space. 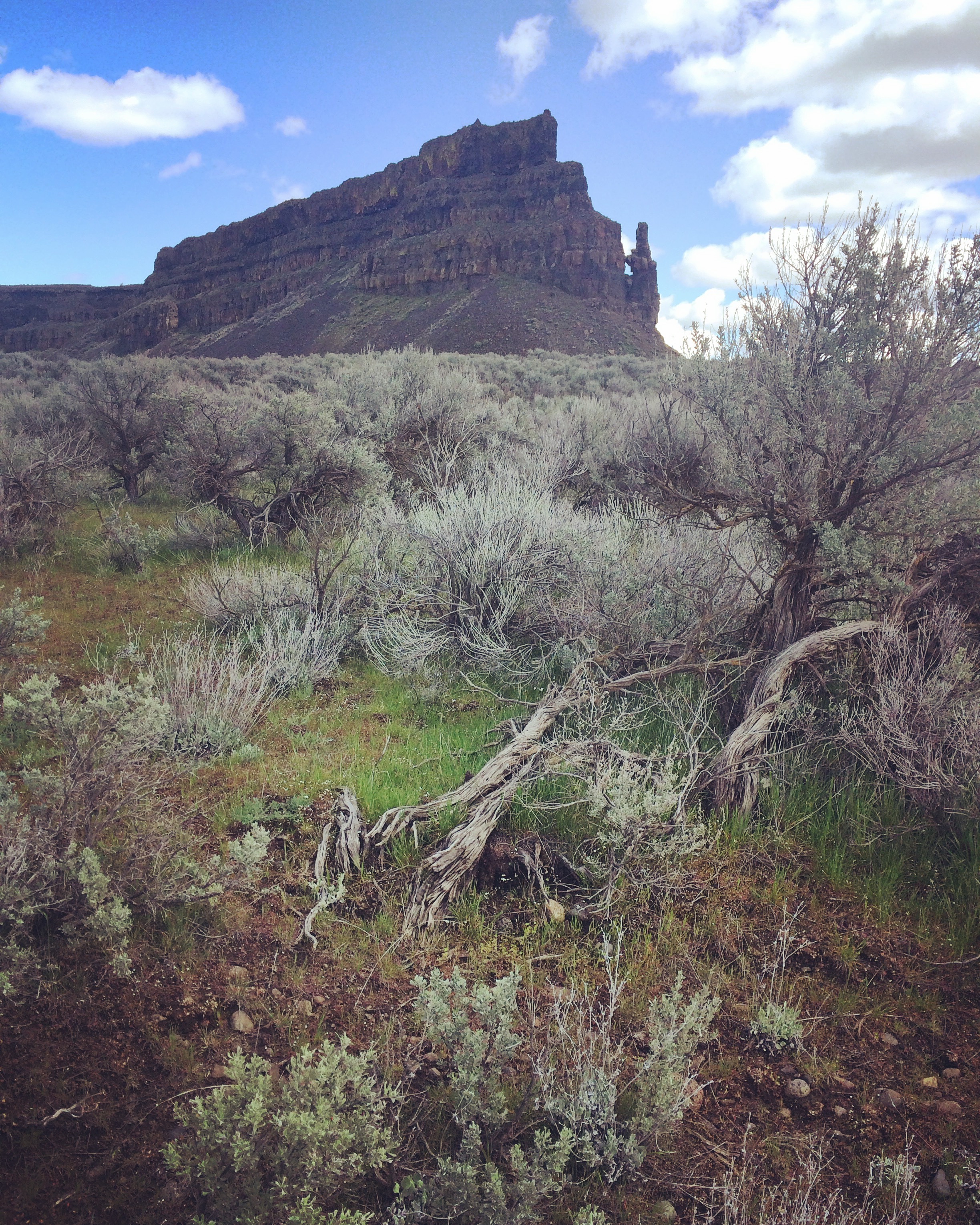 After following the service road for a while, I eventually found one of the lakes–Perch Lake–and a small trail that circled the lake. 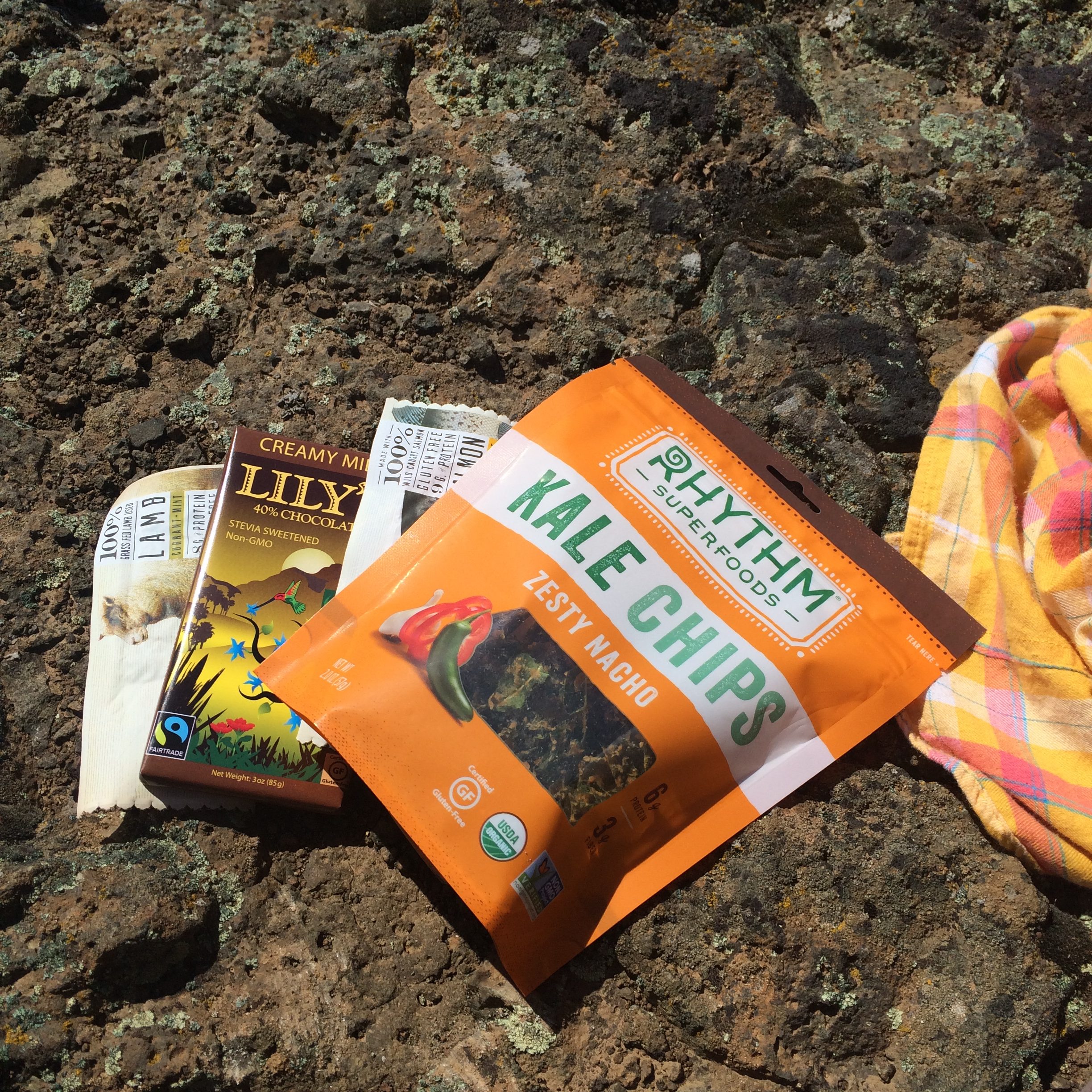 By the time I made it around the lake, it was pretty much afternoon, and I hadn’t eaten. I set down to enjoy the strange stillness, and some snacks… while trying to avoid some kind of fly-creature that seemed to be in prime multiplication season. I halfway succeeded. 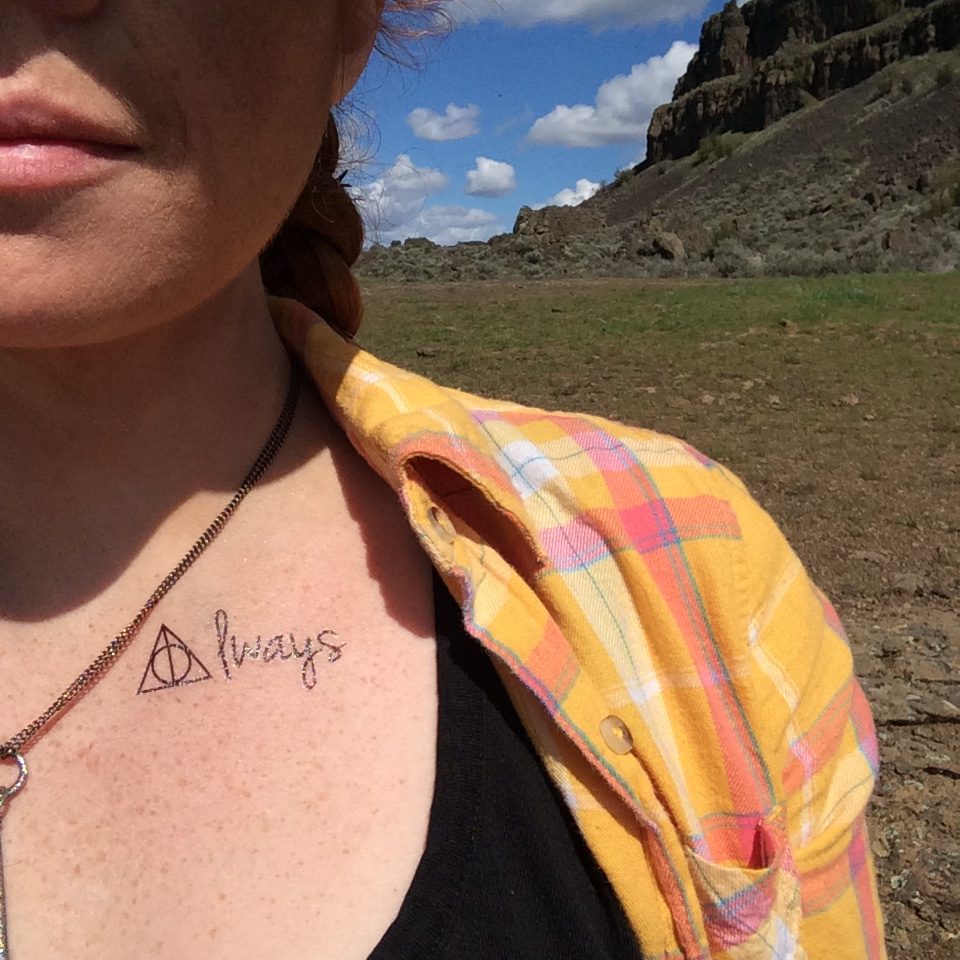 There is a loneliness to the landscape–but sometimes the loneliness is what you need. The nice thing about getting out into Cathedral Earth is that there is almost always stillness, and restoration even when it comes in a package of the desert, and loneliness. And honestly, sometimes its quite preferred when the earth mirrors your internal landscape.

So that, was April’s installment of ‘The summer of the State Parks’ (and yes, I know April isn’t summer… but… I’ll just chalk it up as a preemptive summer strike.)

For the love of the forest: I love trails.  I love trees. I actually become slightly giddy about old, huge, trees. No, really, […]

It’s already the end of May, and I’m not sure I can believe it. I could easily spend a whole post regaling you […]