If it were up to me, I’d probably be at this mountain every single weekend that it was open. It’s just far enough away though, that I somehow manage to make it there about one weekend a year. Not good enough. That said, every time has been magical. I think it’s topped my most magical location list. There are a bunch of places in the PNW that ‘wow’ me and take my breath away, and that I would consider downright magical even, but I don’t think any of them will top Rainier. There is something stunning about this mountain. 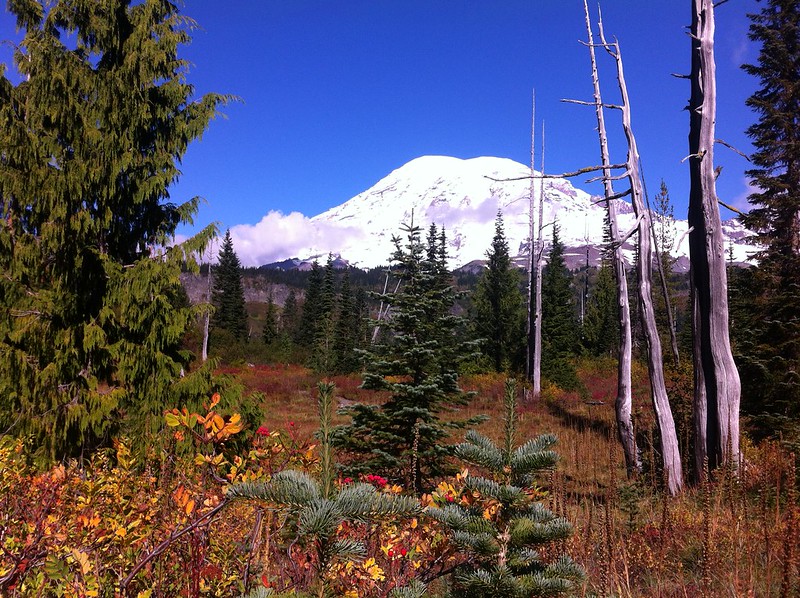 The mountain and I actually have a little inside communication. Every time I see him I say, ‘hello darling!’ like I was River Song or something, and the Mountain were the time Lord. I don’t know, but it’s our thing. 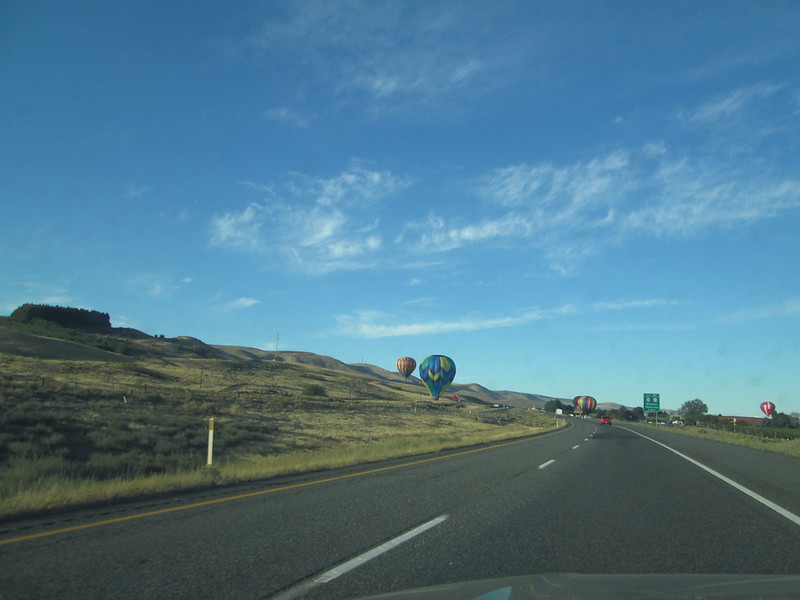 I started my pilgrimage early. At dawn, and so I manged to catch the balloon goers on the way. They were actually landing so close to the highway, I thought they might actually land ON the highway. There was a patrol car on the side of the road, and I kinda feel like he was there in case that became a reality. Still, balloons are pretty magical too. Not mount Rainier magical, but pretty magical. 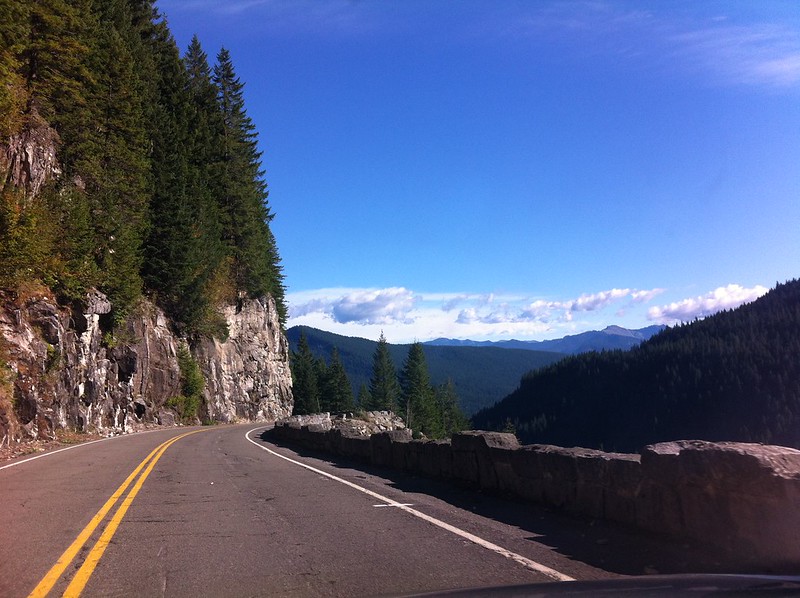 I love mountain roads. I’m totally a cowardly lion, so they usually make me nervous, and I drive like a much-older-than-I-actually-am lady, but I still love them. And as a happy bonus, when I arrived at the Park, it was National lands day? or National Park day? I’m not sure, but it was FREE day. And that was real exciting. I’d totally pay the $15 to get into the park, but who doesn’t love FREE? 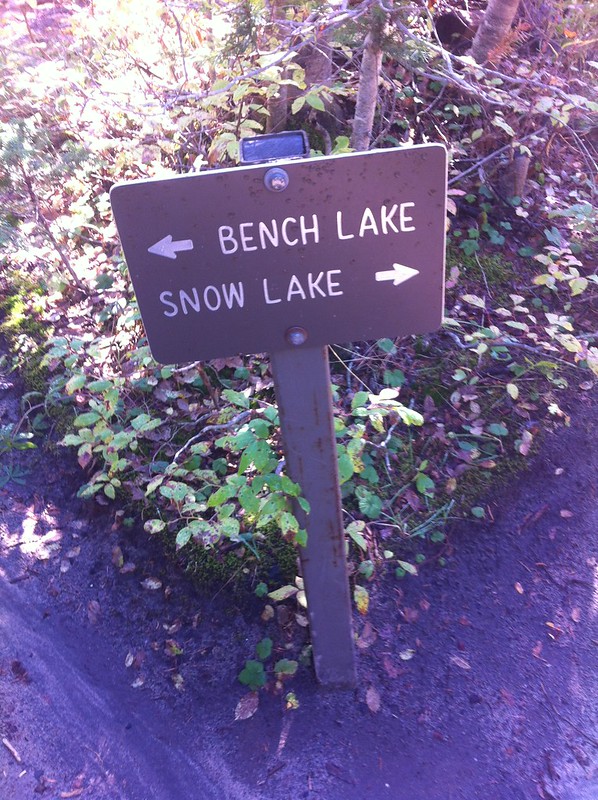 I picked out a lake on the map the night before. It was a stab in the dark really. I didn’t know what I was getting into, but it was a pretty short hike so I decided if it wasn’t great, I wouldn’t have that much invested into it. I don’t know what I was thinking…it’s Mount Rainier… it’s all great. (Well there was this one trail that I got on, one day, and it was up hill for three hours straight with nothing but old growth forest…which as magical as those are? After you’ve been hiking alone, up-hill, in the quiet, dark, woods, for three hours? That’s enough to finish most of the stoutest of outdoor types off…so I turned back. Weary, and ready to sleep forever…but that was just one time. And it was still ‘kinda’ great…miserable…but great.) ANYWAY. Snow Lake. It didn’t disappoint. 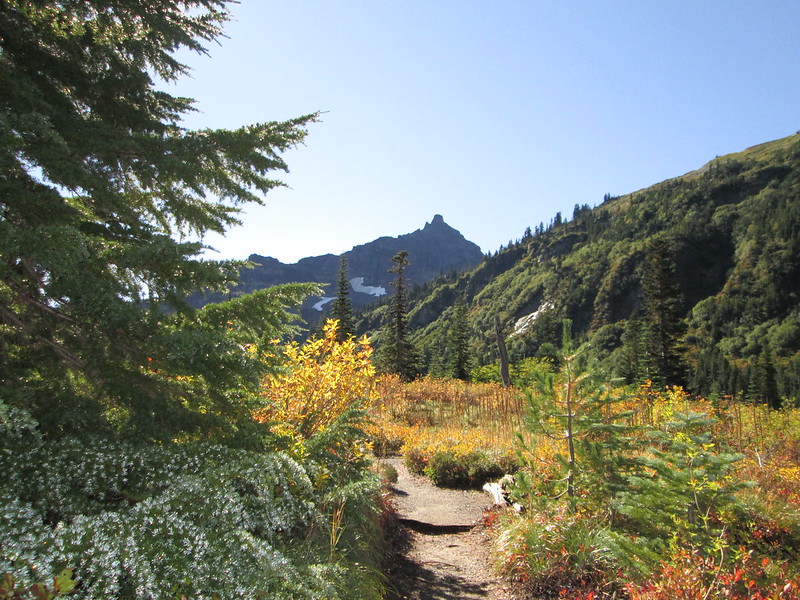 Most of the hike is through alpine meadows. It’s about 1.1 miles to the lake, a lot of uphill and down hill (i.e. you work for it) but it’s short and very doable. And SOOOOO beautiful. The morning was clear, so I made a lot of this face. 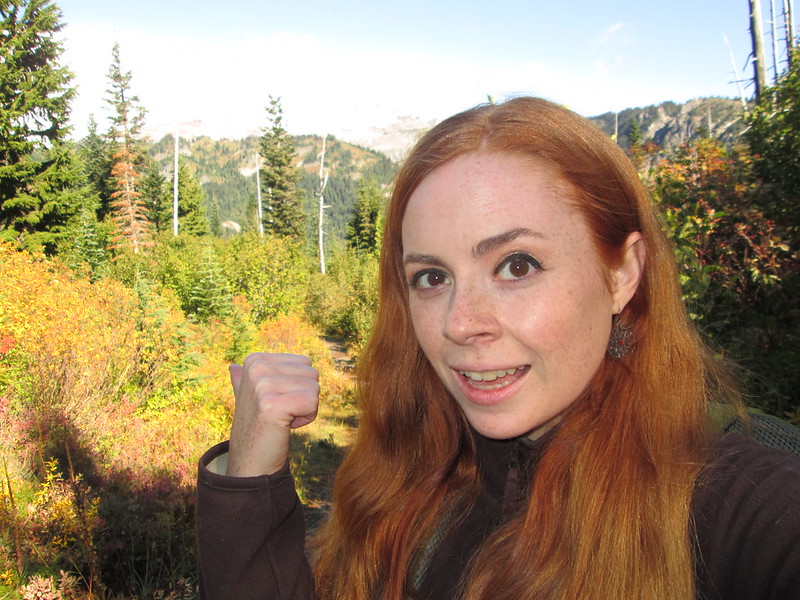 Because what other face can you make when you turn around to this…and then look another direction and it’s still… THIS! Seriously. There isn’t another face to make. 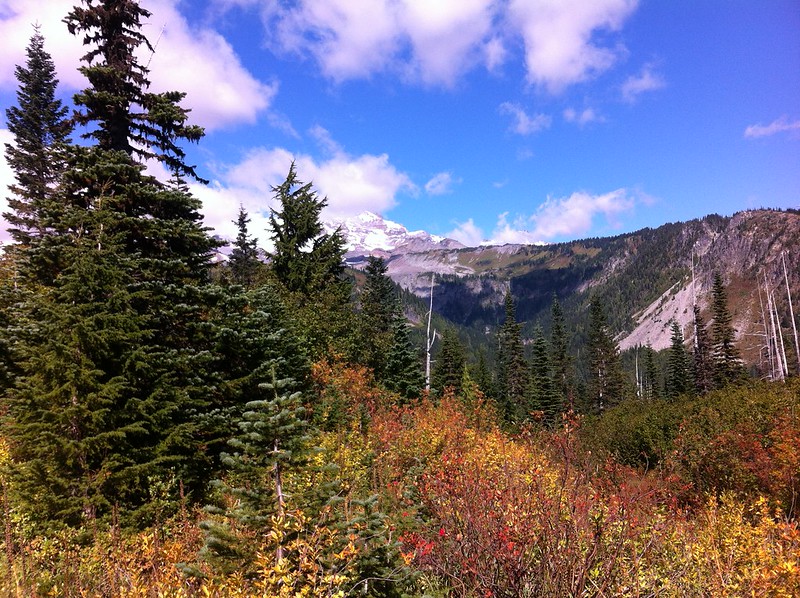 And then there was the lake: Snow Lake looks like this. 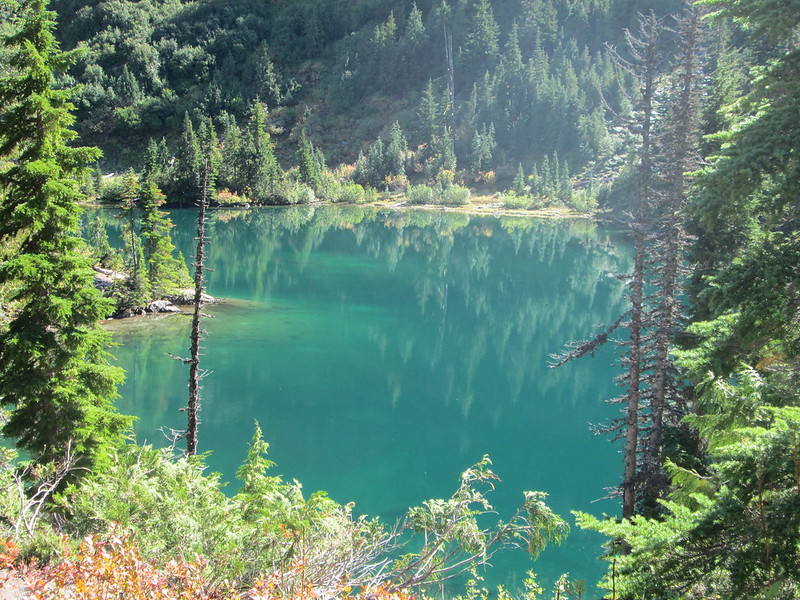 No really. It’s that amazing. It’s emerald in most of the light, and then it’s sapphire in other light, and it’s take-your-breath-away gorgeous in all the lights. 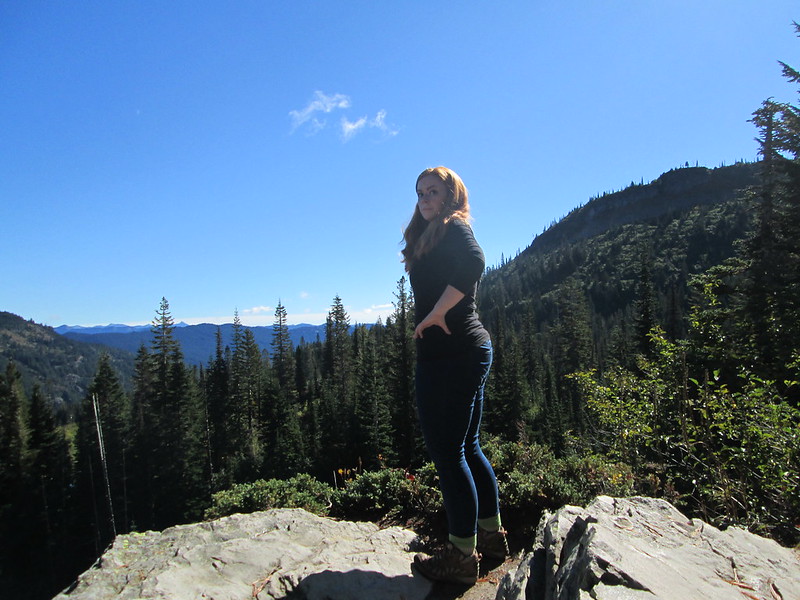 Yes. Here I am, triumphant… trying to get a less ‘selfie’ kind of ‘selfie’ and it’s not easy. I’m just going to say that much. But…I tried. I looked ridiculous I’m sure. But I tried. 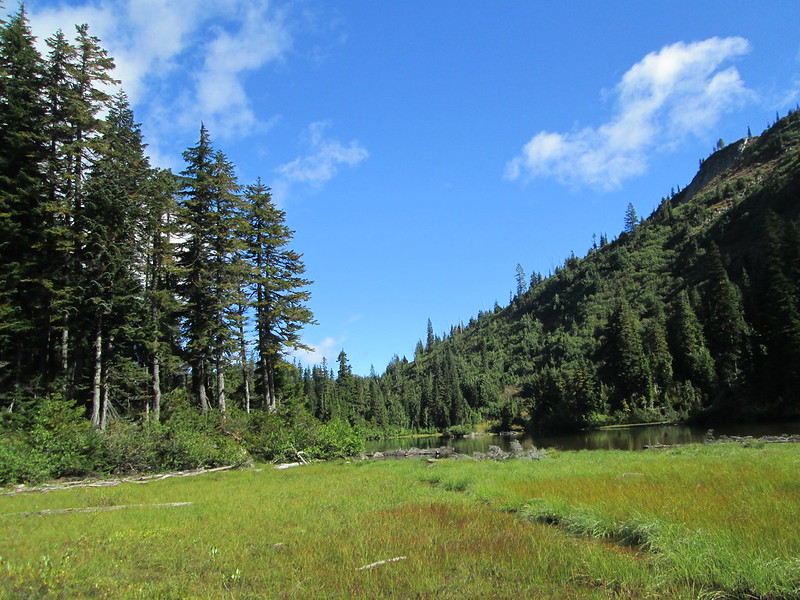 There was also this beautiful meadow at the far end of the lake where I set and snacked. Additionally, I hiked an extra .1 mile to find what the sign said was a ‘toilet.’ And it turned out that was all it was… just a nice, lone, throne, on top of a hill. 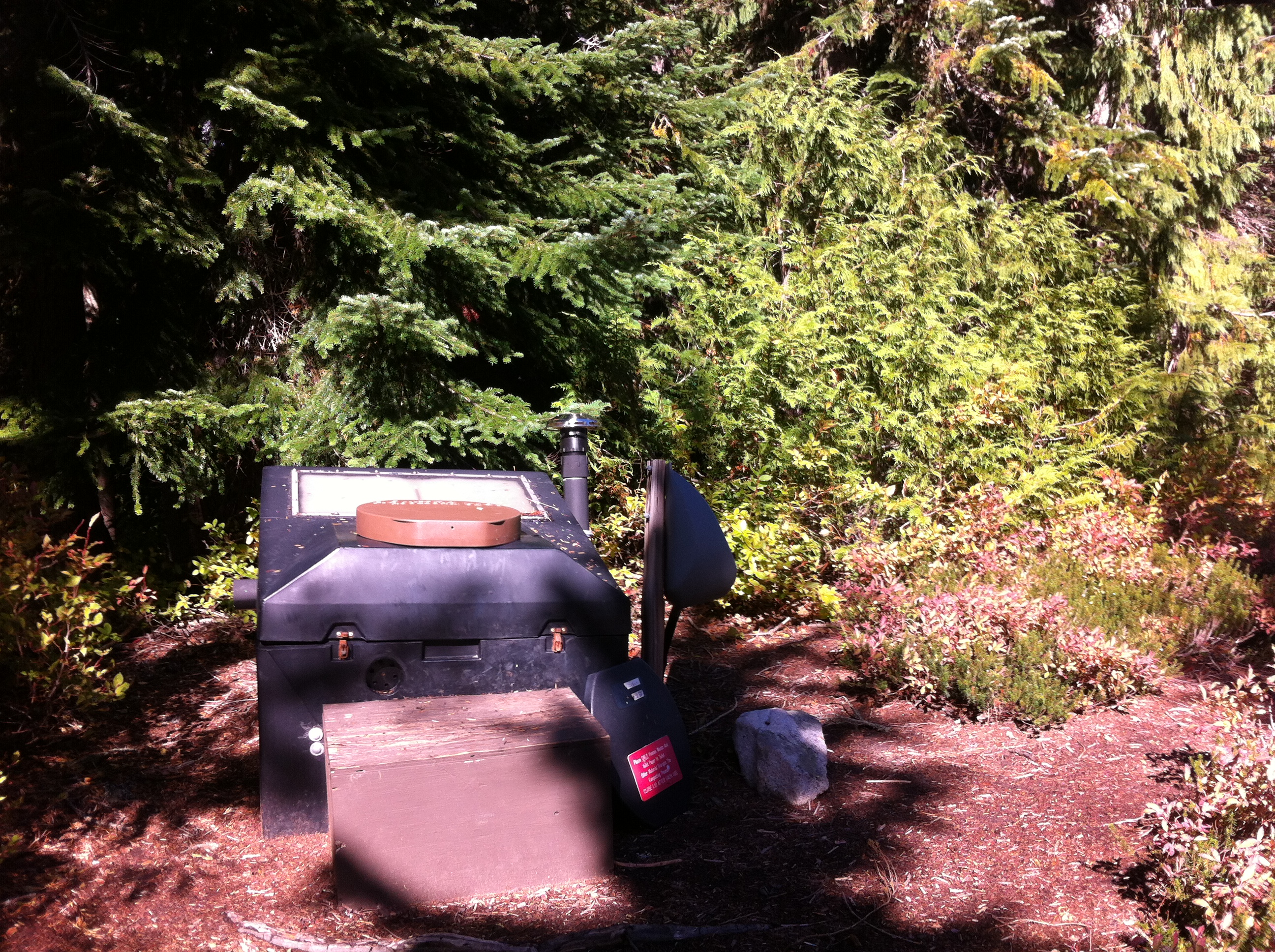 I’ve seen my share of thrones before, but this one had the best view of any of them. 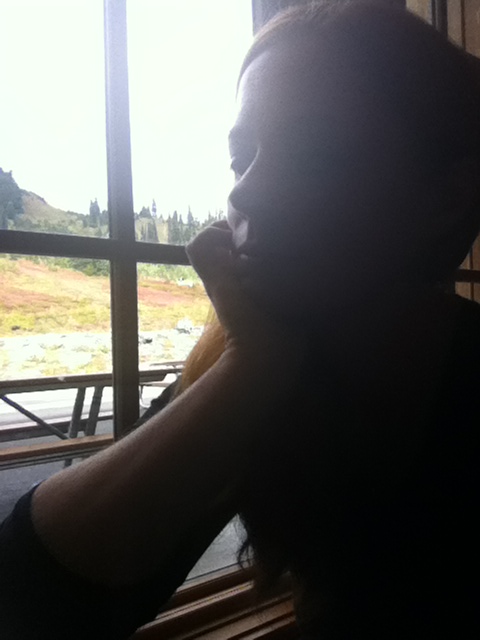 Afterwords, I drove up to Paradise, and pondered my life in the visitor center cafe. We are blessed to be here, said a lady on the trail. 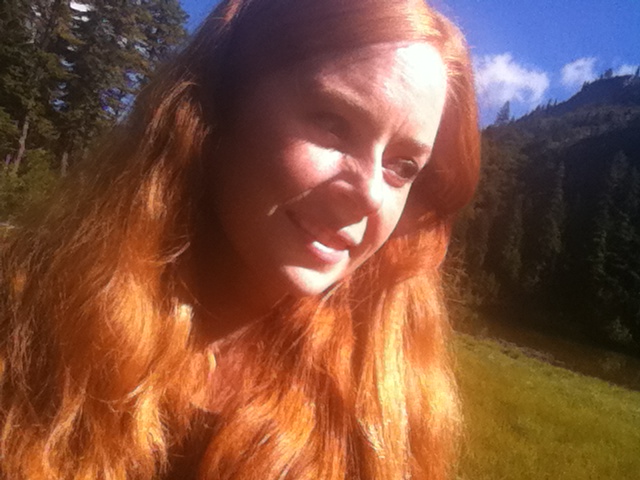 Yes we are.  And finally, it should be noted that I found the biggest mushroom in the wild, that I’ve ever seen…seriously. 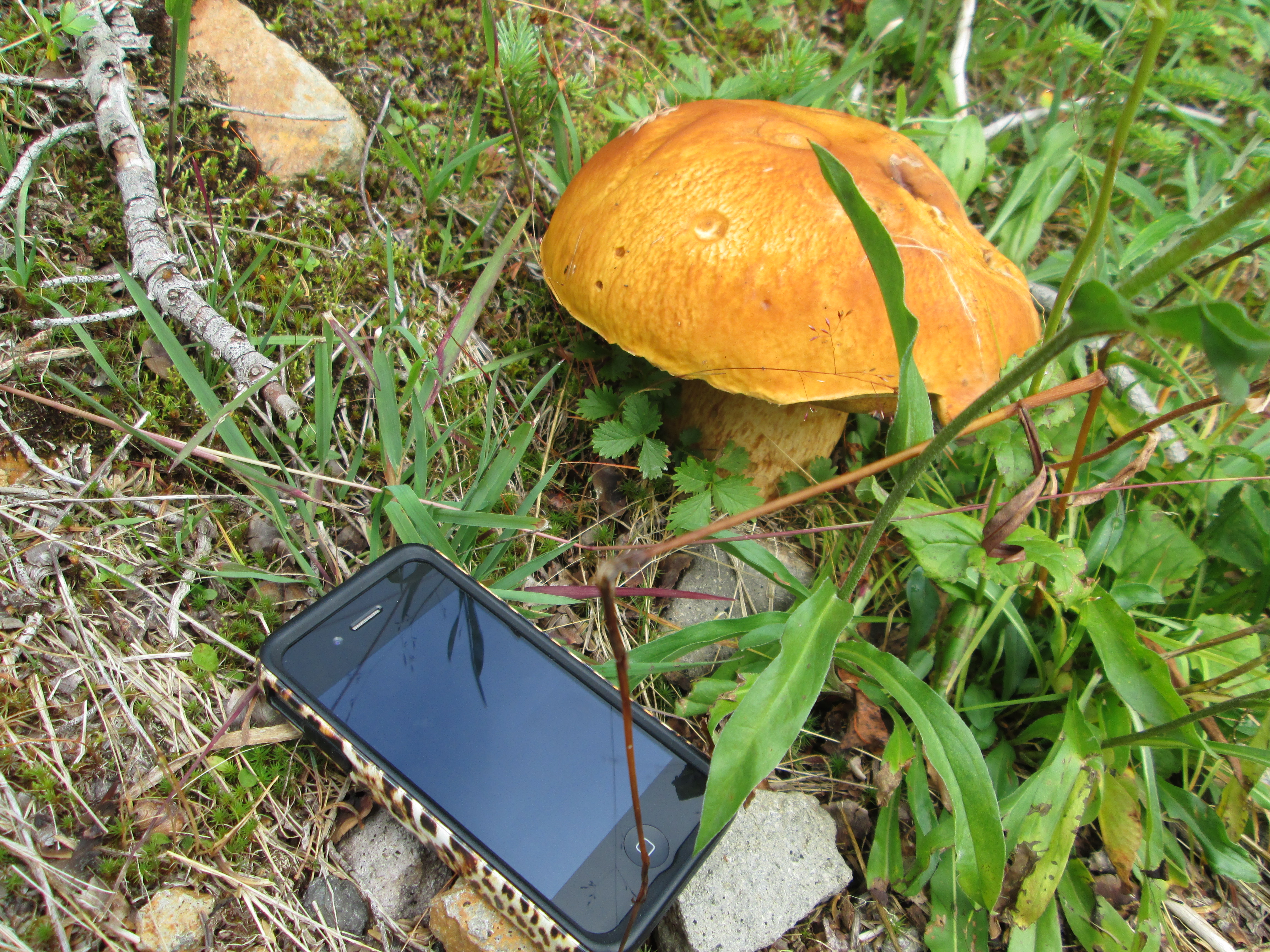 It was huge. Bigger than my phone huge.  Does it get any more magical than that?  I don’t think it does. Can’t wait till I get back to you darling. Hopefully it will be again, before we’ve made another trip around the sun. 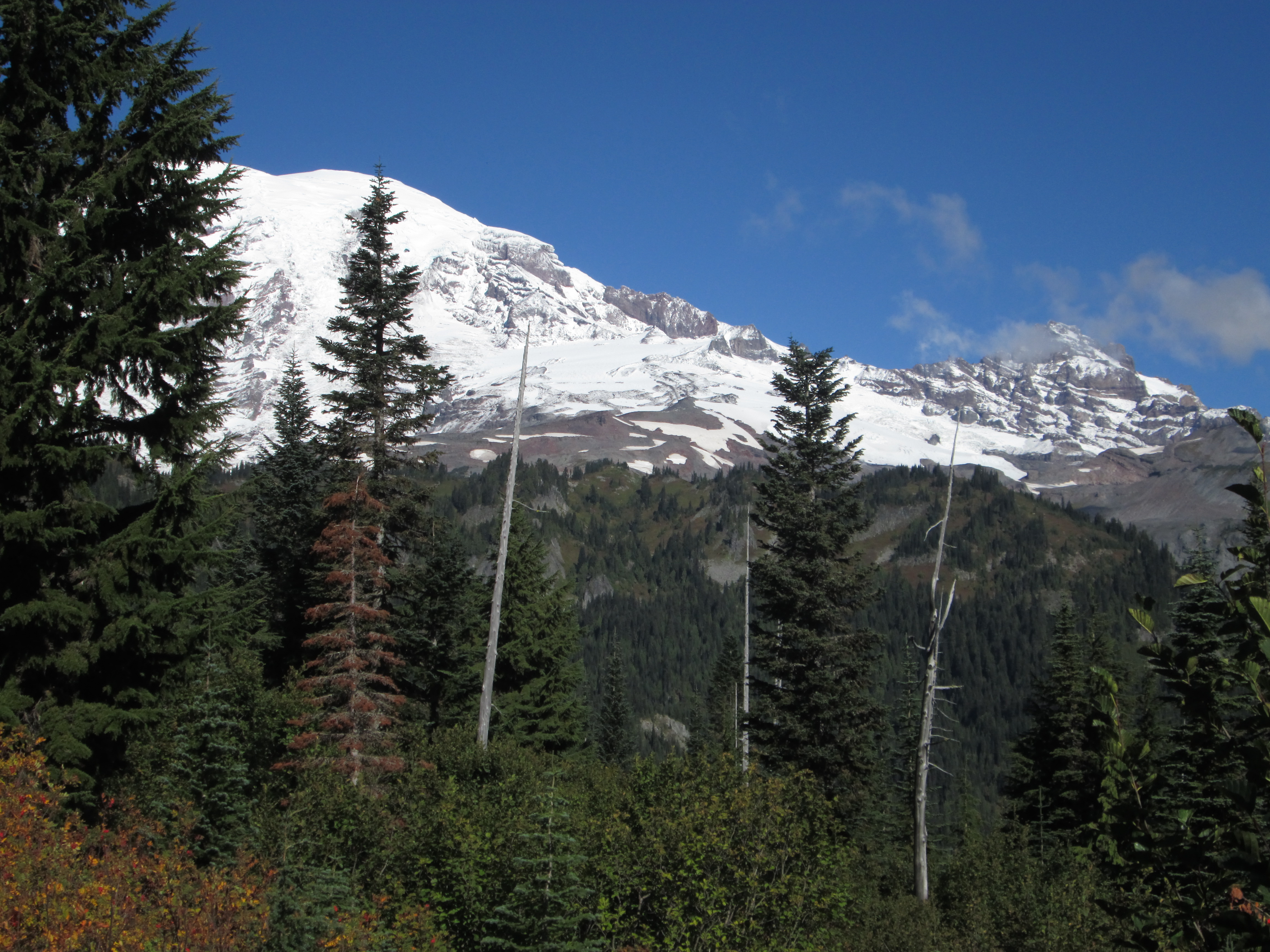