Growing up in the Midwest I used to be terrified of tornadoes. Those stormy days would sweep in, decorating the blue skies of seemingly harmless afternoons with low hanging dark wall clouds. The birds and insects would hush, giving the earth an eerie silence — the grass would take on this specific hue of green, while the clouds above would begin to churn with anticipation, and then there would settle over my body this nauseated, excited, and jumpy feeling in the pit of my stomach. Finally at some point I vocalized this to my friends, who confirmed this feeling with solidarity, and we dubbed it (creatively) “the sick feeling.”

It was our lingo for discussing storm weather. A few of us got particularly excited about the “sick feeling” (I presume this is similar to people who enjoy watching horror films) but I never really learned to enjoy it. I did however, as years went on, find that it lessened to some extent, at least in regard to storms. That was until the summer before I moved to the northwest, when we had one of the worst tornado seasons on record. An EF5-rated multiple-vortex tornado hit the town of Joplin, MO that May (a town a few hours south of where I lived) killing 158 people, and making it the deadliest tornado to hit the US since 1947. Later that same week when I was working at a Montessori preschool, the tornado sirens went off, and I was responsible with my coworker for waking a dozen, sleeping, 3 and 4 year olds, and getting them to safety. It was in that moment my storm initiated “sick feeling” was thoroughly reawakened. 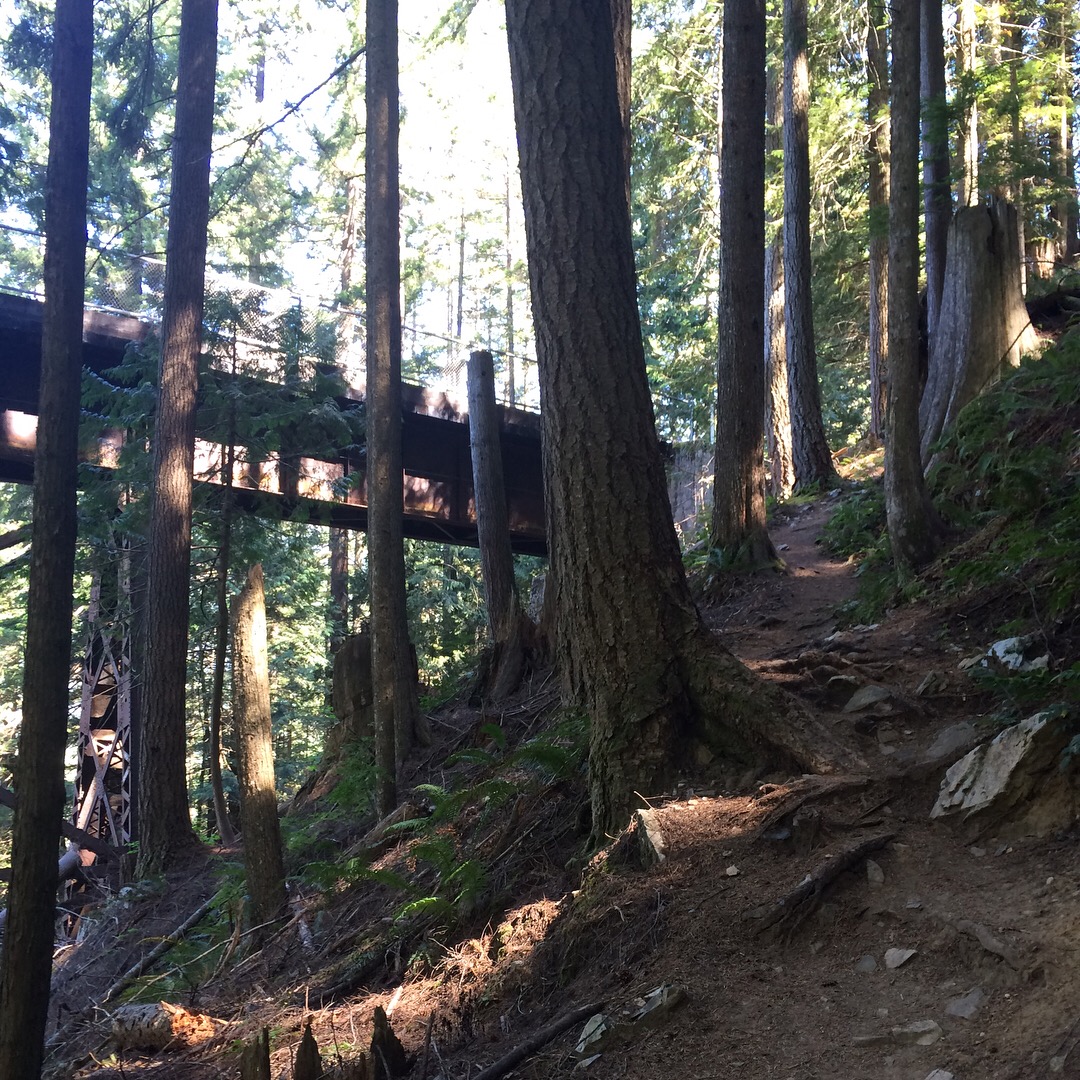 The truth is, these kinds of anxious feelings are pretty normal, and even functional. While I’m not sure exactly what part of storms cause me to have feelings of doom (as I have no personal, negative, experience with storms) there is the knowledge that tornadoes are to be respected, and taken seriously, because many people do have terrifying experiences with tornadoes.

But not all anxiety is so useful… or is it? My experience with serious anxiety has been limited. If it had been otherwise, I would recommend that seeking professional help is really recommended (although, like many people, in the season when I experienced more serious anxiety, I didn’t have very robust health insurance, and so more serious professional help was not something I had access to… and for that reason, I’m extra thankful that the season was short lived.)

What I have a much richer experience with, is a vague unsettling feeling of foreboding. While this feeling is not nearly as nefarious as actual anxiety (it doesn’t make me nauseated, interrupt my breathing, or lead to panic attacks, as serious anxiety so frequently manifest.) It does however lurk over my spirit, much like the wall clouds before a storm. And not unlike it’s more devious siblings, depression and anxiety, it has the capacity to change a seemingly blue sky into a cloudy one. 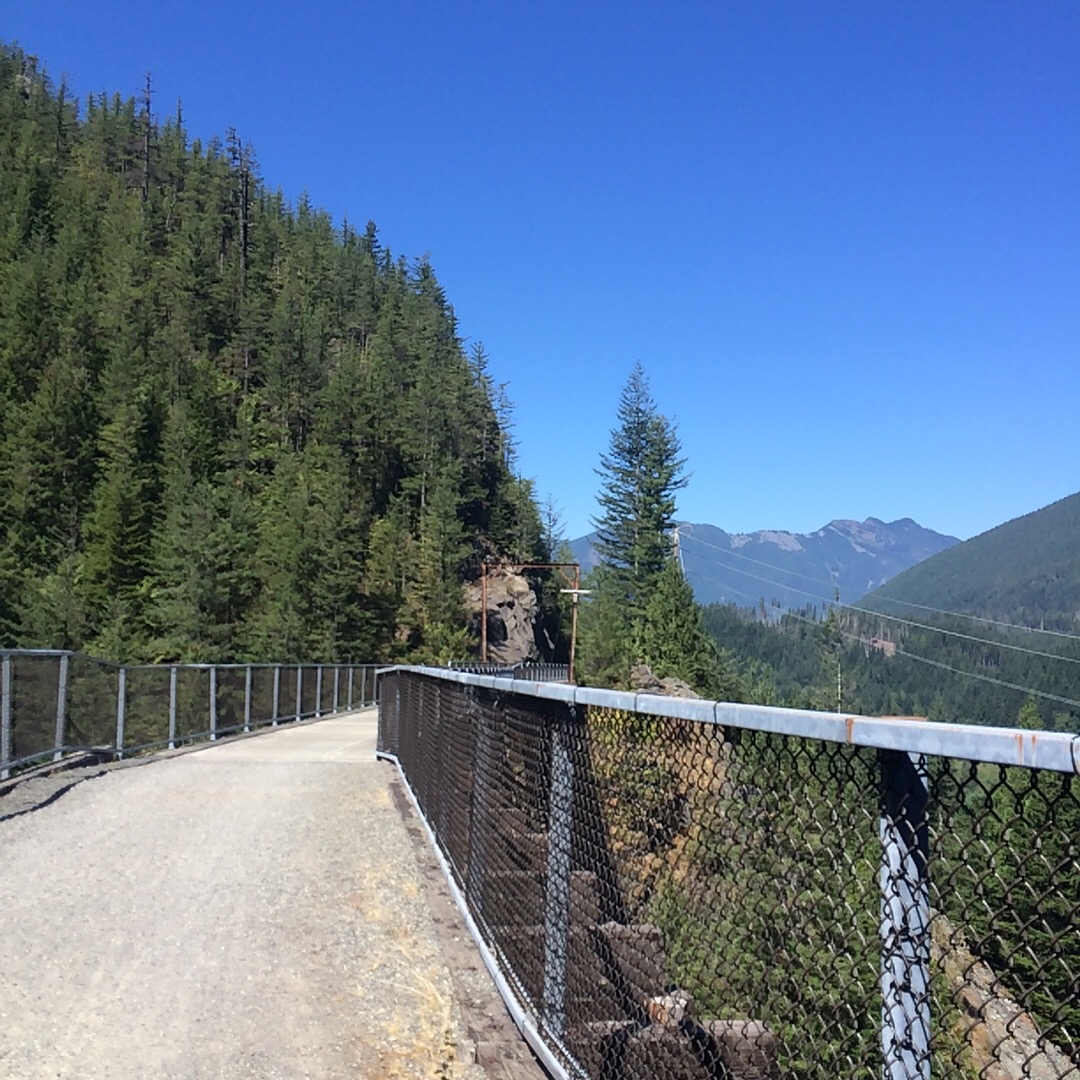 Last summer, my summer of the state parks, I experienced such a day on the day I visited Olallie State Park. The day that I visited, was in the midst of a new kind of natural upheaval; while my childhood was dotted with the fear of tornadoes, moving to the PNW has brought a familiarity with a new kind of natural doom –the forest fire. These supply all the anxieties that tornadoes bring, however I never really appreciated it until they appeared in my own backyard.

And last summer, for most of the month of August it seemed, there was constantly at least one fire raging near by, and it was driving me nuts. There is the sadness that comes with fires affecting people’s lives (just like tornadoes), but unlike tornadoes, even the fires that don’t effect people directly? Still create their own havoc.

Forest fires that are miles to the North (in British Columbia) can still push clouds of ash and smoke for miles away — meaning that for many days last summer the sky took on a hazy orange glow –between the haze and the heat, going outside felt like wearing an orange fleece on a Florida beach –suffocating.

I had actually planned to go to a different hike, but in an attempt to escape the clouds, I kept driving west, believing that I would have to hit blue sky eventually. And I did.

Olallie State Park is in fact a beautiful little park, right off the I-90. However, because I hadn’t really planned to go to this park, I arrived with absolutely no idea what was there, so I parked my car and pretty much discovered it as I went. The park’s primary feature is the South Fork Snoqualmie River, which is itself beautiful. A small trail loops through the woods, hosting several nursery trees, and leads towards a small waterfall at one end of the park. If you cross the road that boarders the south edge of the park, you can connect to the Iron Horse Trail (also known as John Wayne Pioneer trail), which is a 110 mile rail trail, stretching east and west across Washington.

Despite the blue skies, and stunning vistas, I had a hard time shaking the feeling all day. It’s actually taken me a while to even write about this “Adventure Report” because honestly, even writing about it, or looking at the pictures, still conjures some peripheral, weird, foreboding feelings. It’s as though even the memory of this lovely looking afternoon is now haunted with dread.

So what do we do with theses foreboding days? For starters, I should mention it is certainly important to distinguish between more chronic mental health problems, and these “off-days.” However, most of us from time to time experience some form of an emotionally off-day — so what do we do with those?

Traditionally I have ran from these feelings, because I didn’t want to know why I was afraid; I just wanted it to stop and figured that it would eventually get there by determination or eventually it would be replaced organically with another feeling. But I’m beginning to think maybe the better idea would be, to get curious. Foreboding, much like depression and anxiety, is frequently talked about in such vague and mythical ways, that it’s hard to take away anything practical about the conversation. Yet, much like physical pain, it is in fact the way that the body communicates to us. Pain itself is not the injury, but pain tells us that the injury exist. Emotions, like foreboding, are also communicating subconscious realities to our conscious brain. We would never ignore chest-pain or chronic migraines without realizing that it might be signaling something that we should address–yet we frequently ignore and numb emotions without asking if they’re telling us something equally important.

My experience is that emotions can be signaling one of many different things. It could be  something physical, like lack of sleep or not eating healthy, it could be too much stress –it could also be something less physical. In her book, Healing through the Dark Emotions, Miriam Greenspan writes, “Suppressed grief often turns into depression, anxiety, or addiction.”

And as it turns out? This particular day I was pushing aside grief. Earlier in the year I experienced a break in a relationship that I really valued — and while I hoped that this friendship would continue despite what had happened? I was beginning to realize it was unlikely that this would be the case. However, I so desperately wanted it to happen, that I wasn’t allowing myself permission to grieve what had happened. Ultimately that suppressed grief was making me crazy, and clouding all the beauty right in front of me.

I like the idea of being curious about my emotions. Many of us are not taught to do this when we are young, but this curiosity is crucial. As one of my favorite authors Brene Brown says, Curiosity is a shit-starter. The truth was, this afternoon I wasn’t even being curious enough to ask the question because I didn’t want to grieve. No one ever does. But there is a transformative power in naming something and addressing it. Just as doing so with physical experiences opens the possibility of healing, doing so with emotional experience can do the same. Sometimes this might require professional help, but many times, for the lighter everyday renditions of “off-days” it’s something we can address on our own, with prayer, art, meditation, and when possible, leaning on friends, and people in our lives that we trust.

Not to mention, the alternative is to internalize things. Not feeling our emotions is like swallowing a fire-cracker; not only do we loose the potential beauty of lighting up the sky? But also, in the process we instead blow our insides to bits. We loose the beauty, and exponentially increase the pain.

This last week I have again had several days of foreboding… but this time I’m getting curious. I start with the low-hanging fruit (i.e., things that are easier to fix.) Have I had enough sleep? Am I eating good things? And then I continue on; What changes are happening in my life that might be triggering grief, vulnerability, joy?

And the truth is, since I just graduated, there are a lot of changes going on the horizon. But also, the last two days I haven’t had enough sleep, and it’s been so hot that I haven’t been taking my evening walks as often.

But whatever it is they’re trying to communicate, we won’t know if we aren’t curious and we don’t ask. Looking at these pictures today I am remembering the foreboding but it’s also nice to look at them and name what they were. They were the end of something, yes, but now they’re also a reminder to be curious about my emotions, and let them teach me what I need to know. So I’m thankful for these emotions, even the foreboding ones– because curiosity is a shit-starter– and exploring our emotions deserves an entire adventure report in and of itself. Here’s to more curiosity. 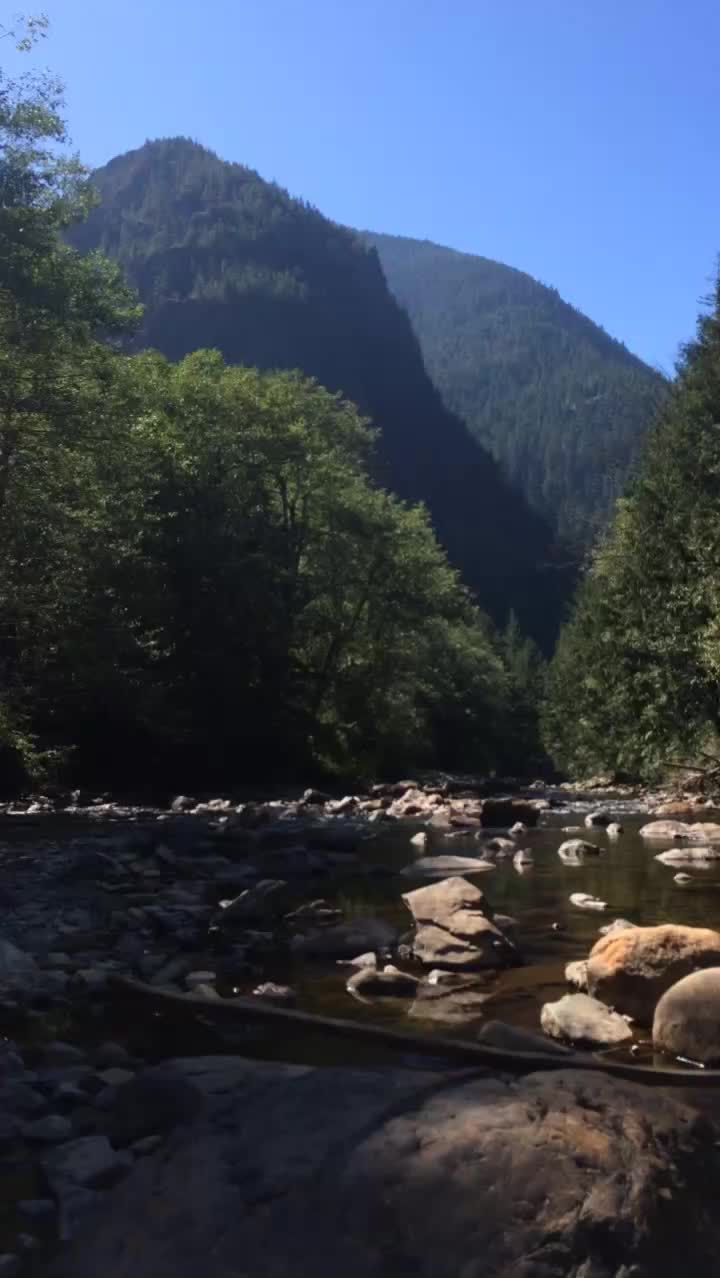