I’m pretty sure the majority of people assume, based on my Instagram and other social media posting, that I spend a lot of time outdoors. This is accurate. I have always enjoyed being outside, and in the forest, and in the mountains, and so it’s not uncommon to find me there. However, that is only part of the story. 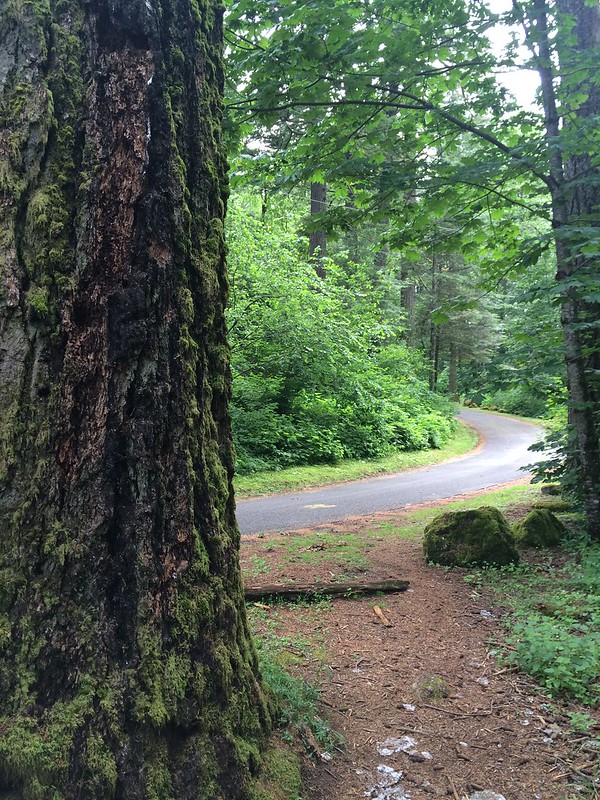 This is also true: I am scared of heights, I am not always in the best shape, and I used to be really overweight (and still struggle to keep myself fit.) Like many people, who have been overweight, my relationship with my body is complicated. Besides that, while I enjoy being alone, I also sometimes get tired of being too alone, and it took me years to feel confident enough to go on hiking adventures by myself. Some of my earliest solo hiking trips didn’t even happen until 2012, when I was already 29. I’m a lot more confident than I used to be, but I still have to work up confidence to try new things, and thus this includes going to more remote places. Basically, what I’m saying is? Sometimes the pretty pictures, are the easy pictures that I get from not going very far, or very high. 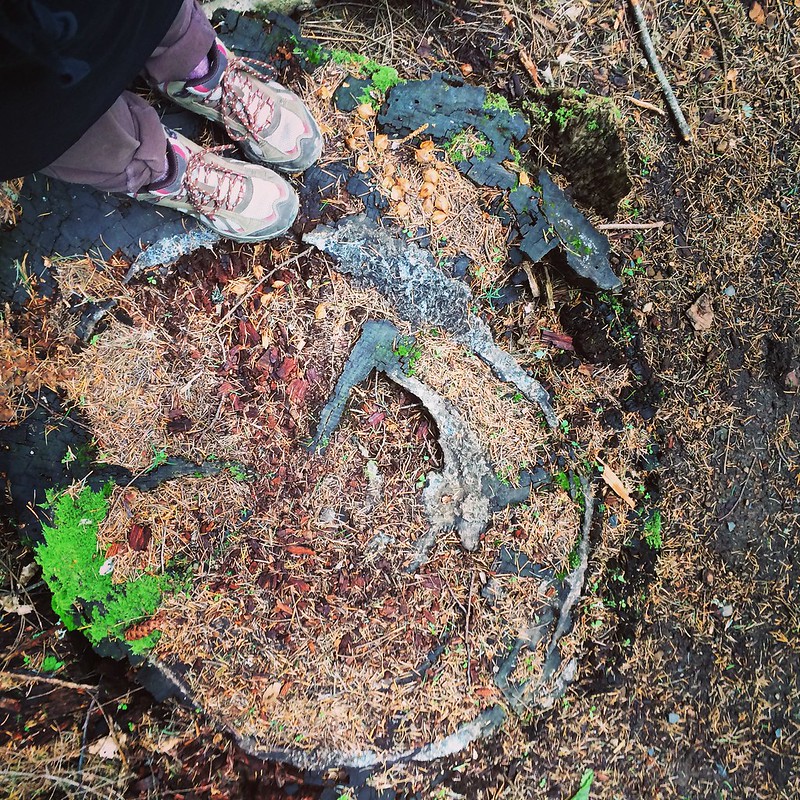 I think a lot of women who have adventured and traveled alone, have at some point experienced some push back about if it’s safe for them to be doing so. I’ll be honest. Being alone in the world as a man or a woman, may not always be safe. There actually is strength in numbers. Remember the story of Into the Wild? Yeah, not a woman. He was alone, and no, it wasn’t safe. But for many reasons, this is often pin-pointed on women with more intensity. While women may not be in more danger in the forest, or in the mountains, than men are, women have historically had to concern ourselves with an one extra predator that men typically don’t have: men.

As Dar Williams once wrote,

And I remember that night
When I’m leaving a late night with some friends
And I hear somebody tell me it’s not safe, someone should help me
I need to find a nice man to walk me home 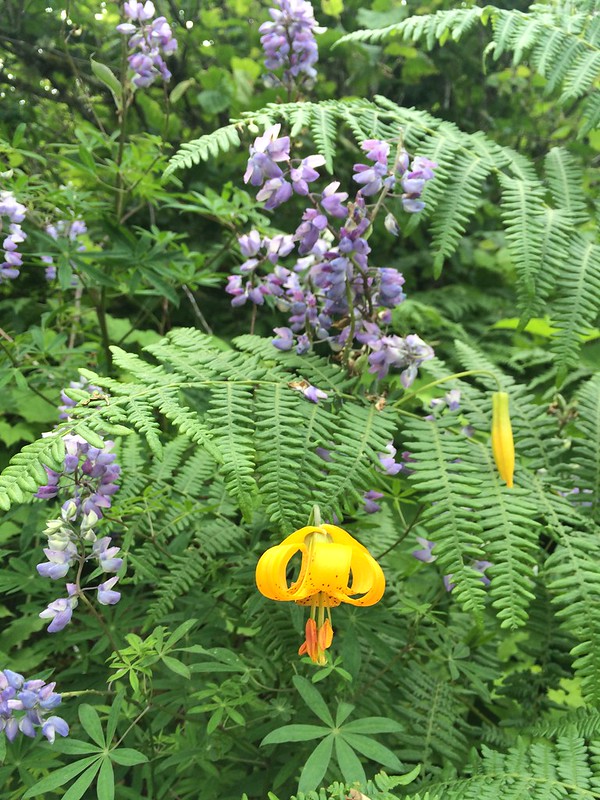 As a kid, I grew-up in a country setting, where my parents owned several acres of woods. I would explore these by myself, and never thought a lot about it. They were safe outdoor places. But these early times of adventure only wet my curiosity for more. I longed to be able to explore the earth, and for a long time, I waited. I assumed like many women do, that I would find an Adventure buddy… that is, I would probably get married at some point in my twenties, and then I would have someone I could adventure with.

Meanwhile, I would take hikes with friends, and I would look at pictures of places I wanted to go, and I would think… I will go there someday. But my twenties came and went, and as I sank into the end of my twenty-ninth year? I was tired of waiting for someday. 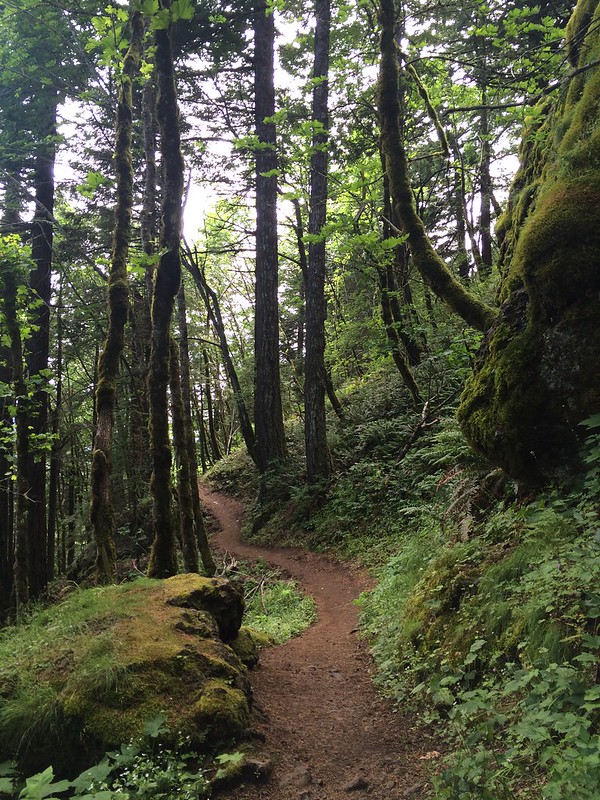 Looking back, I’m actually rather glad that it happened this way. Men have frequently been encouraged to take risk, and explore, and have times when they go off on their own, or to have these rites of passage. And there is a beauty in this process, not that it is rooted in safety? But in self-discovery. It is a process that I hope, and believe, more women are beginning to engage in. We learn things in the wilderness, and in our times of solitude, that may not come as readily when we are always leaning on those around us. I think of all the important lessons you learn when you’re alone (and particularly, when you’re alone in the wild) is learning how to listen to yourself. With all the static of what other people think, and say, and do? It’s important to learn how to trust your gut, and your body, and your senses, and most of all? To trust and listen to the Spirit. 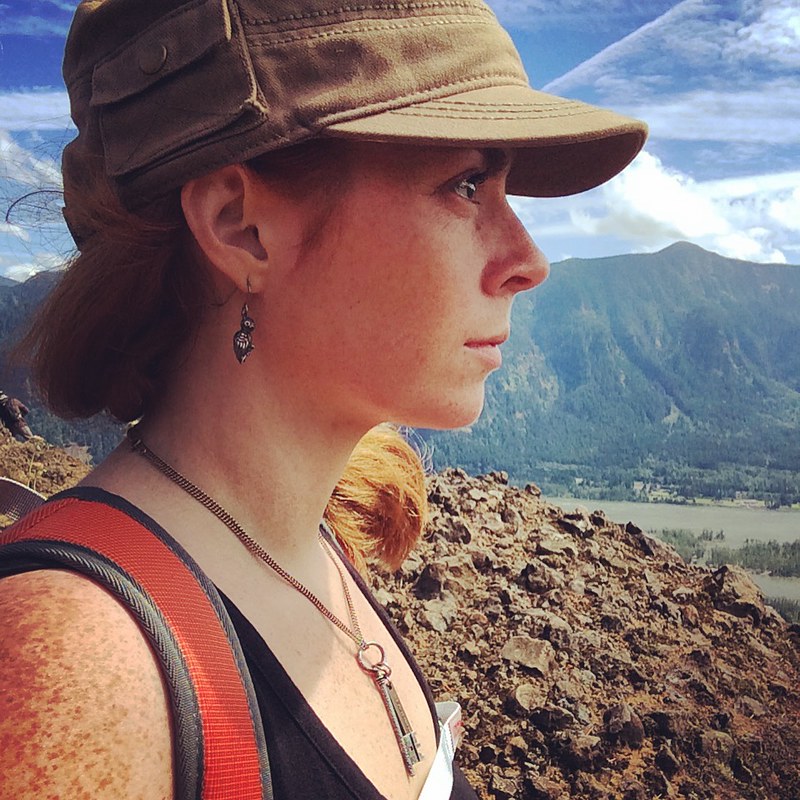 In a talk Brené Brown gave, she discussed how in heart break one of the hardest struggles is the loss of trust we have with ourselves. Most of us tend to sink into a certain amount of self-blame when things go wrong. I shouldn’t have trusted that person, or done that thing, or what of that red-flag that I ignored? Or what of those promises I made to myself, that I forfeit? And while much of this is ungrounded (heartbreak is not always our fault—many times it comes from people betraying us, or being something other than what they said they would be?) But we all realize that too much trust in the wrong place obviously leads to unnecessary risk.  Too little trust means we withdraw and take no risk. Courage requires risk, and therefore trust. 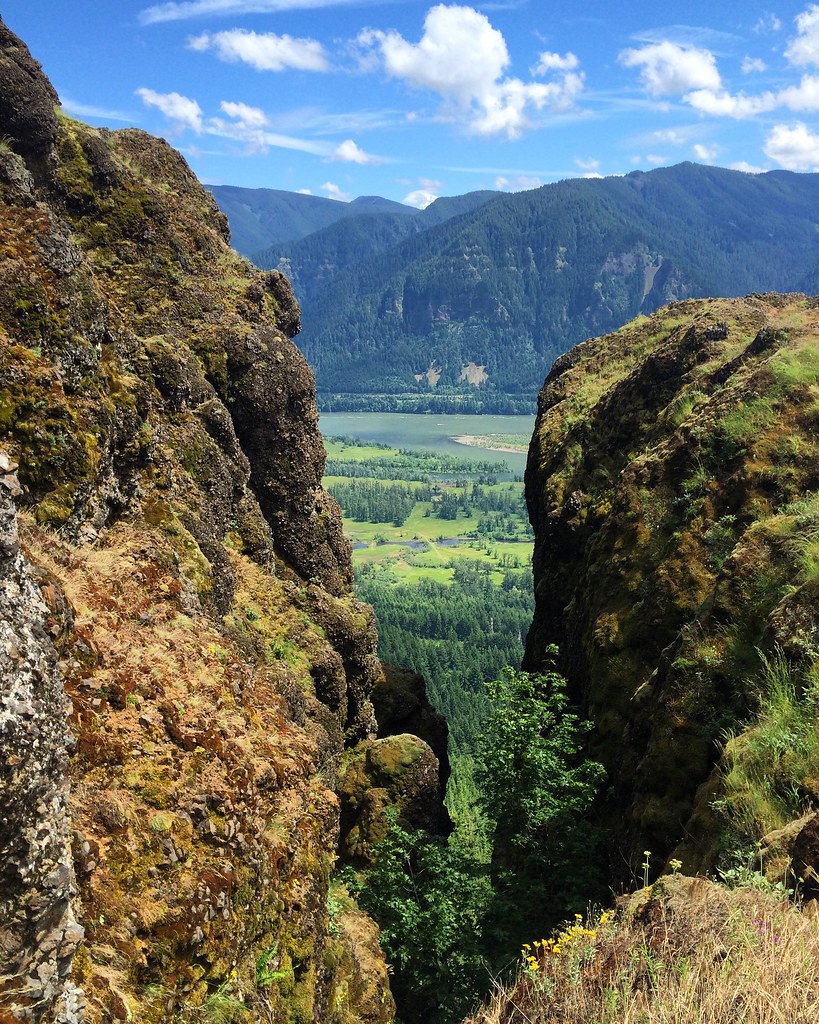 And this is where spending time alone, in a higher risk setting, becomes beneficial. Last summer I set this goal of going to a bunch of State Parks, that I hadn’t seen. State Parks tend to be pretty great, because, while I am adventuring alone they are typically pretty populated, and so there are people around (sometimes, frankly, too many people around.)

The first of the State Parks was Dry Falls State Park and then the second of these was Columbia Hills State Park, so Beacon Rock was the third on my list. The original goal was actually to simply go up Beacon Rock… but the actual trail for Beacon Rock was closed due to Falcons (I believe) who were nesting. And so I detoured my plan and headed up Hamilton Mountain. 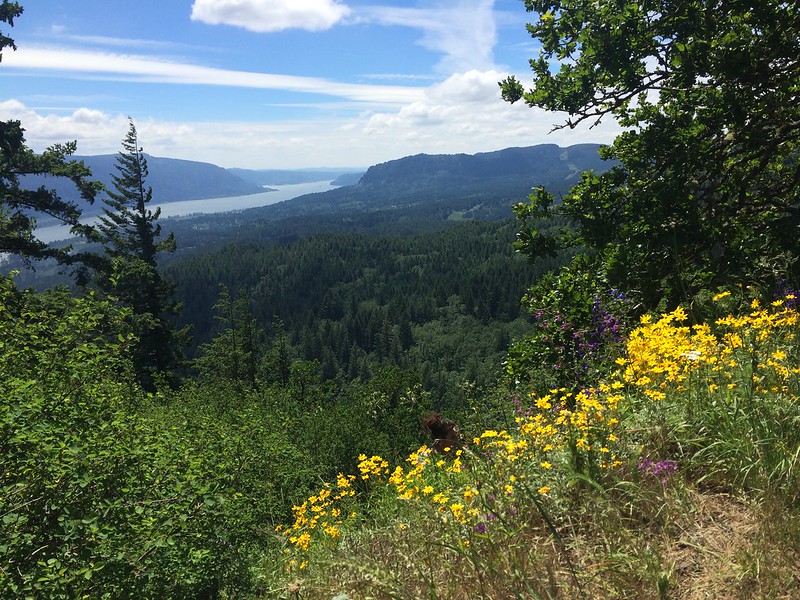 Hamilton Mountain is a much longer hike than Beacon Rock, and like many of the Columbia River Gorge Trails, it packs in the vertical mileage at a miserable rate.  After several miles, of going up, a section of the trail came which required scrambling up some rocks that were knee height steps (for me… I’m really not that tall…) The first one was fine, but my not-so-in-shape legs were actually beginning to question this process, after doing two or three of these sections.

And this is where the self-check has to happen: Am I in shape enough to get myself down this trail, without hurting myself, or putting myself in too much risk? I have to realize, that because I’m alone, I don’t have someone to carry me off the mountain. If I fall, and get hurt, I’m on my own. I did the self-checks, took a water break, and ultimately decided to push a little farther. Happily, I was rewarded with an amazing view of the Columbia River Gorge. The truth is, many times we are more capable of going forward, and can accomplish more than we ever realized we were capable of, if we’re willing to take a little risk, and dig deep to summon the extra courage. And this trail in particular is a trail that I’m so glad I did (particularly in light of the Eagle Creek Fires, that would permanently alter that view, only a few months later.) 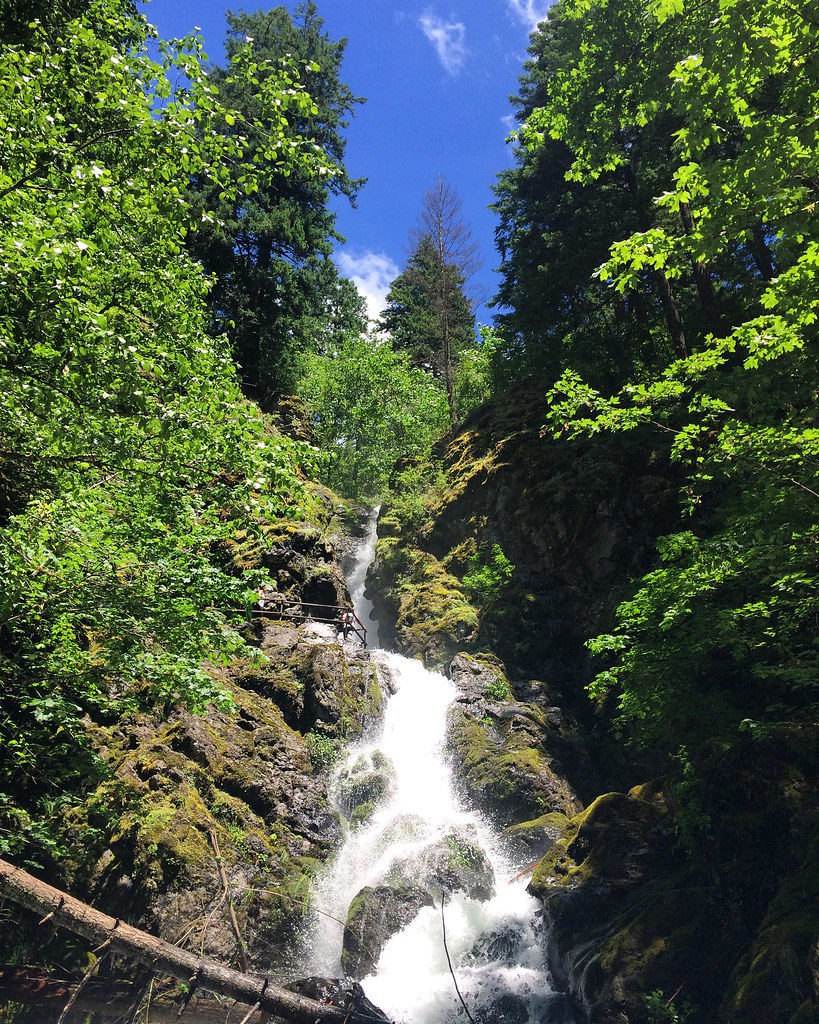 There are other times, when I have gotten to a part of the trail and had to turn around. I did this on a trail last November, that included a section of trail that went several hundred feet downward, and the path was made up entirely of flat loose rocks, pebbles, and sand. If you have ever went down a trail like that, you know it is both legitimately disconcerting, but also potentially dangerous. When you’re already going down, and the ground beneath you is not holding still, it’s pretty easy to pick-up unwanted momentum. Being aware of risk, and my physical state when I’m taking those risk, is the process.

On a related note, I recently listened to an Instagram story from another solo female hiker, who talked about how when she gets to a trail-head she stops and does a gut check to see if she feels safe. I think most women who hike alone, do something similar. I know I do. And so it’s not only a physical awareness of can my body do this, but also an emotional awareness about the places we go, and the people/animals/environment’s where we find ourselves. 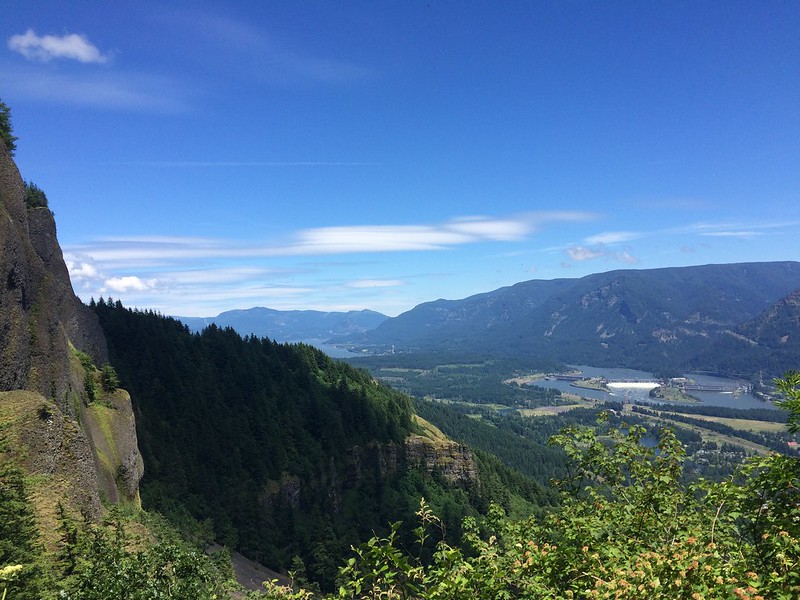 This week I have been cat sitting for a friend, and watching them explore their unfamiliar environment reminds me of this process – sometimes there is a hypervigilance that comes into play as we learn to listen to what we can and can’t do? But that too is part of the process. The process is learning to listen. That is the value of going. And I’m not sure there is an arrival point, were you know absolutely what you’re doing. The process is practice, and requires continued participation. But in many ways, the wilderness provides a safe place where we can take risk. Because, many of us know the real risk we take in life are in our relationships, and our work, and in our creativity. As we gain an understanding of who we are in risk, and learn to listen to ourselves in those wild places, we carry that practice with us, back into the world. 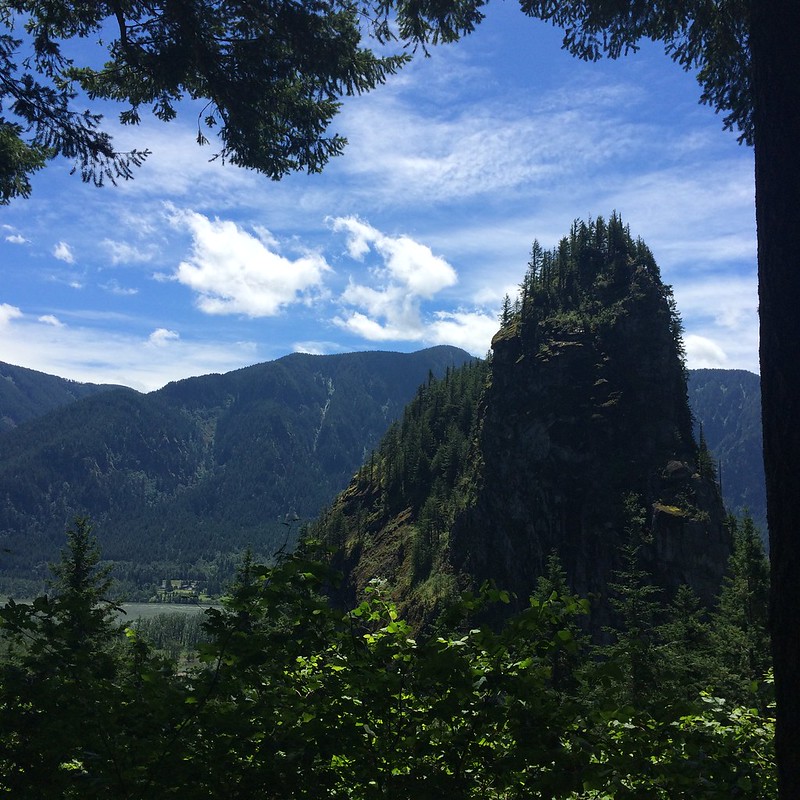 These days, I am incredibly thankful for these seasons of solitary adventures. They were an unexpected gift for me, that I am incredibly glad for. There are many analogues between hiking and exploring, and all the journeys we take in life. I am finding that these times can yield transformative power into my very spirit. The practice we gain in going to the woods, gives gifts far beyond the moment, and the beauty we capture in a picture. We go to find beauty, we go to find adventure; yet, for many of us, we return with so much more. We return with a strong sense of self,  with a clearer picture of how we engage in this place we call home, and with deeper roots to draw from, for those moments when courage is truly needed.