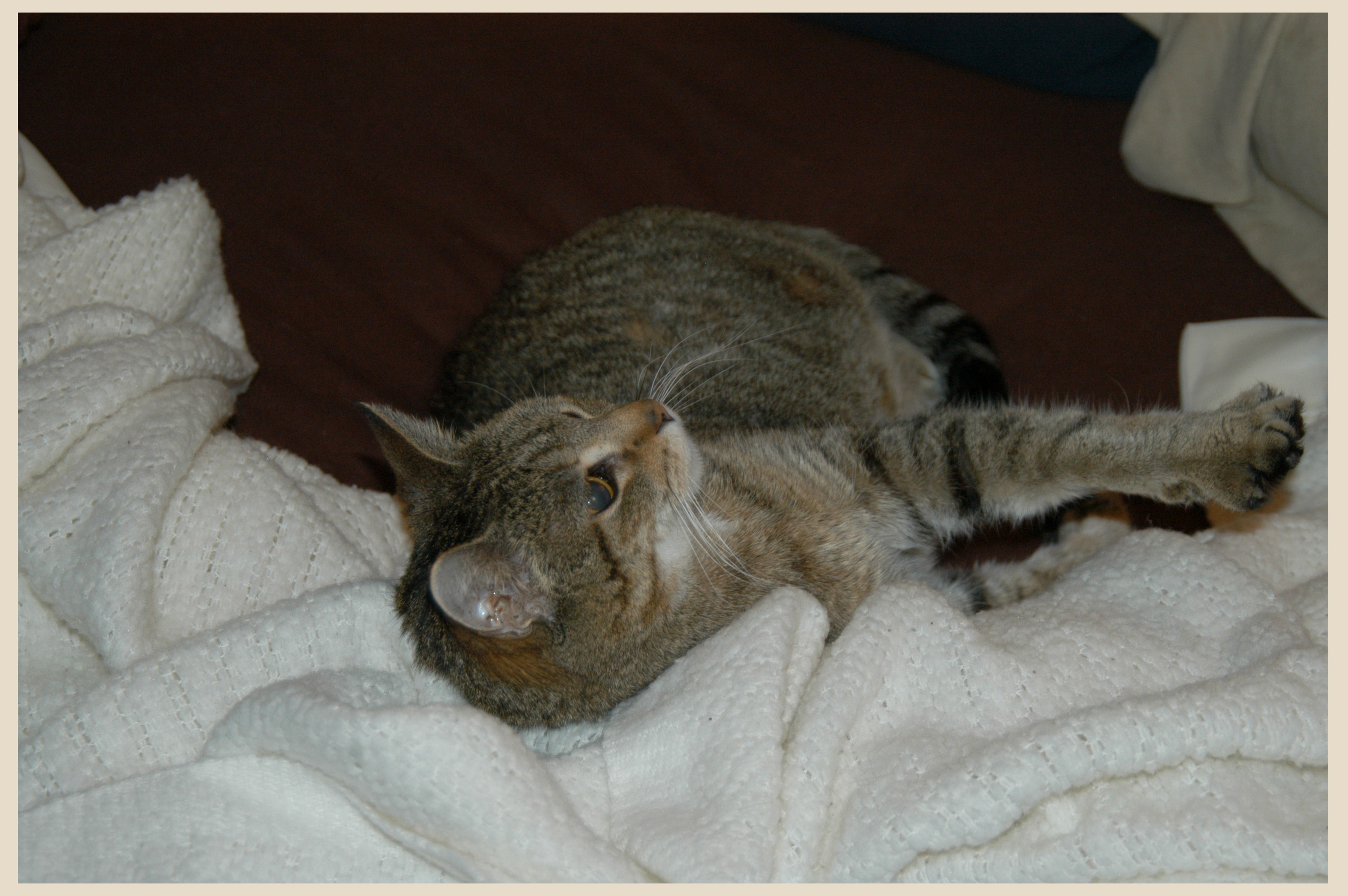 The View from Friday…

Though yesterday was grey, today is white.

The rose bush looks a little worse for the cold.

But I haves something soft to hold.

When I got off work the house smelled amazing; like freshed baked bread. Turns out their was a good reason for that. Mum had baked four loaves of oatmeal bread. It was pretty much amazing. I was thinking I needed to make bread on Sunday but I think I might be off the hook for a while. Even after taking one loaf to share at Vespers, we still have three loaves so we might be ok for a few days. Then again…did I mention this bread is amazing?! It could very easily not last the weekend.

So I decided to make some soup to go with the bread. I just got a new cook book which I will expand on later in length I’m certain…but this was my first recipe attempt from the book. It was called Winter Mushroom Alfredo. It was quite tasty.

It ended up looking kind of like that only without the pretty bowl or the flash of light across the center.

Sleep now; tomorrow I am elder.