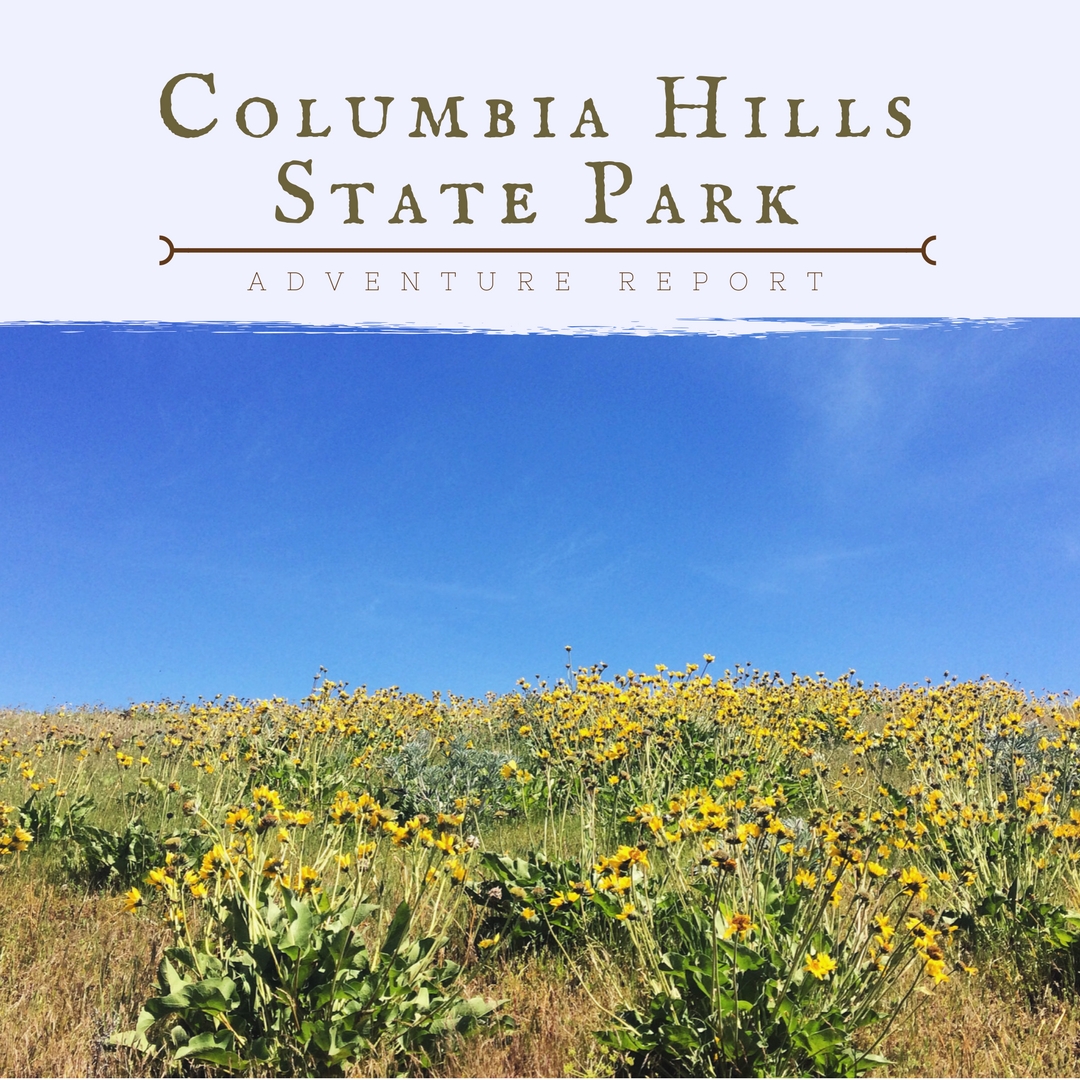 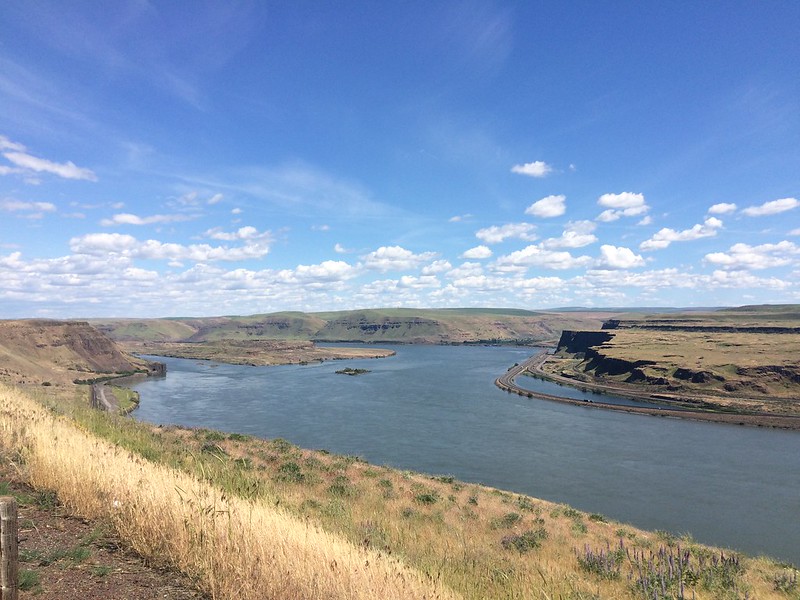 When I was in middle school I developed some wickedly, un-fun, seasonal allergies. These included monstrous, mucus-filled, manifestations, that would come over me within minutes, and leave me so fatigued that I would be rendered immobile for the next twelve hours.  I remember going to these family reunions that took place every Memorial Day weekend, in this park, with a playground. It was always something fun that I looked forward to when I was a kid, because… magic words… playground…  but also, I got to play with my cousins, which I adored. But starting around age 12, I went to said reunion, and started to feel miserable about halfway through. There was the itching of the eyes, the sneezing my guts out, and the low-grade, but intolerable, asthma that made it feel like an elephant was sitting on my chest. And so finally, after I’d sneezed on practically everyone, and everything in the county, my parents decided to take me back to my Grandparents house.

The problem was my grandparents didn’t have air-conditioning, and so I remember collapsing on this loveseat they had in the living room, and then I don’t remember much else. Relatives would come in from time to time, and say things to me, but I couldn’t summon the energy to really reply. I tried to convey that I wasn’t dying… but the truth was I didn’t have a lot of energy to spare. I do remember the distinct feeling that everyone must think I was being overly dramatic? Or that it couldn’t be that bad. But it was. It was pure hell. And that was just the beginning. I continued to be haunted by these vile allergies for years afterwards. (In fact, if I’m completely honest, they still rear their head from time to time, but with varying degrees of intensity, and rarely so bad as they were then.) Nonetheless, I learned to hate spring. 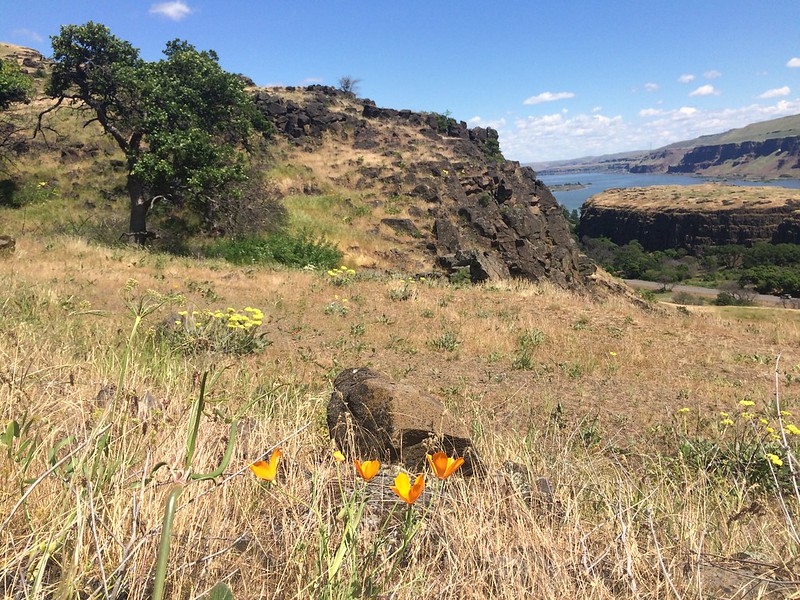 The second reason I learned to hate spring wasn’t so much out of spring’s fault, as the fact that I hated my body. I was always on the chubby side of healthy (although, later on I was just fat) but no matter how much I wanted to be a Britney Spears, midriff flaunting, child of the 90’s? I couldn’t… I mean I realize now I could have? But at the time, the thought of showing my belly seemed to make that impossible. I hated spring clothing… OK, actually I loved spring clothing, but hated the thought of my body wearing spring clothing. Spring became the season where I suddenly had no clothing to hide behind, and no excuse to really hide (winter was a wonderful cloak in that way.) Summer made me grieve, what I was convinced was reality. You see, in my heart I believed that I couldn’t spend my young, and free, and beautiful years, as young, and free, and beautiful, because my body made me ugly, and my allergies made me a prisoner. And so while I was young? I was neither free, nor beautiful. And as spring was the precursor of summer… I hated it.  And so there it was; my body sabotaged everything that was good about spring, and in return I sabotaged my body. The truth was, my body was the enemy, and spring was just the battlefield. But by association, of all the things spring made me aware of, I hated it all. 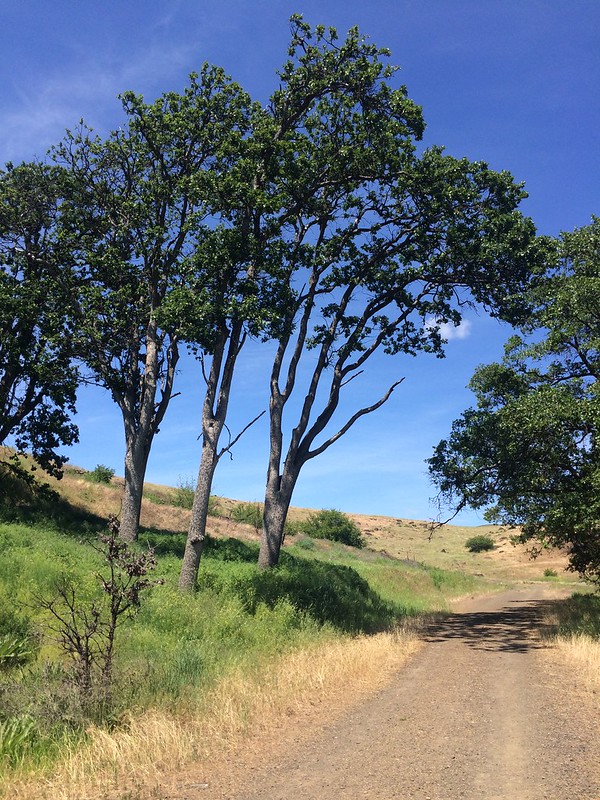 But things changed. My allergies became less intense with age, and my body became less my enemy. Over the years, I released some of my fluffier parts, and I came to make peace with the rest (at least, most of the time.) But winter changed too. I had always loved winter, for it’s holiday’s and it’s coziness. It was juxtaposed with spring, in that way. But as time went on, winter became harder. My sister moved to the PNW in the winter that I was twenty — eventually, I remedied this separation by moving here too –but at the time, it was a hard loss of winter. As I graduated from college, and started working, I remember the inconvenience of having to clean ice off my car, and slide around on icy roads, only to have to find parking on streets that hadn’t been cleared. And still later on, the majority of breakups I went through, came in the winter. And then, there was the fact that winter meant less time on trails, and less mobility. My paternal Grandpa passed away, in the winter semester of my Freshman year. I have lost both of my grandmothers in winter, and my remaining Grandpa was admitted to the hospital just this last weekend. He is in his 90’s, and it is a fragile age. 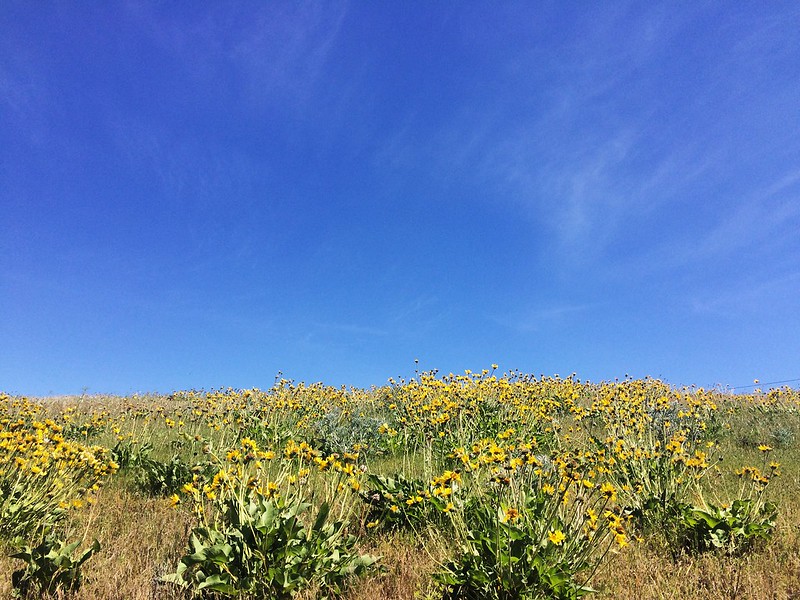 Somehow, in the last few years, I have changed. Not only, do I not hate spring? But I crave it, and rush towards it, like a ravenous beast. It’s almost like I believe that I will be able to right all the wrongs of the winter, if I can just step back into the light. The first signs of open trails, I head to the woods, and bask in every ray of sunshine I can catch. I still have no idea what to wear in spring? It’s just, I no longer care. 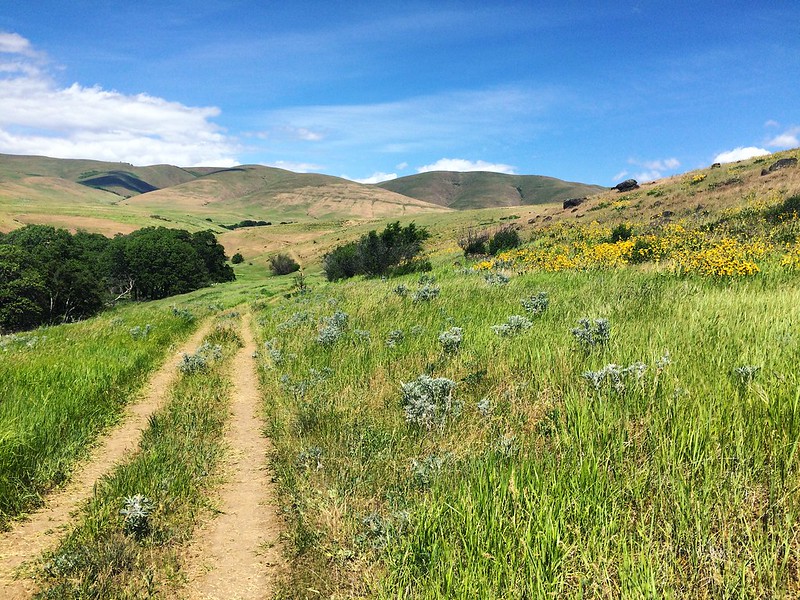 I wrote a while back, about my Summer of the State parks project last year, and my trip to Sun Lakes-Dry Falls . Sun Lakes was my first sun-chasing of last year. My second was Columbia Hills State Park. So many times, when I think of the PNW, I think of mountains and hills, but that only really accounts for half the PNW. The inland portion is a vast collection of basins, riverbeds, grasslands, high dessert, and scrubland vistas. I didn’t love these when I moved here… but like spring, they have grown on me in a way that I couldn’t predict. And these Columbia River Hills were perfect for spring hiking. I chased this trail in May of last year, and while it was warm enough for sun chasing, it wasn’t so hot that a treeless vista was miserable. I still left with the first, real, sun-kissing of the year, and the pink shoulders to prove it? But the hills were green, and lush. And at times, there was a nice, cool, breeze. And it was all beautiful with the promise and hope of spring. 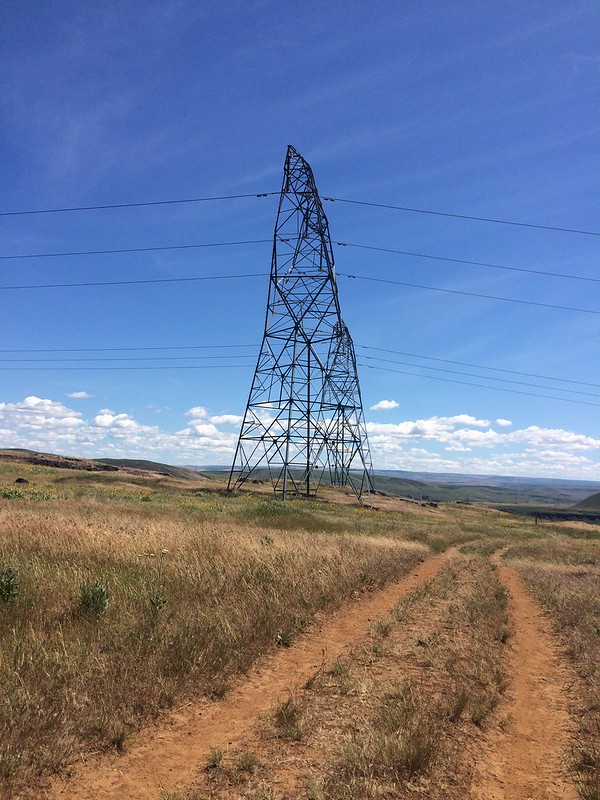 There are a lot of lessons in the seasons. The earth, and nature, are wonderful teachers, when we listen. I now long for spring, for resurrection, for rebirth. I feel a little bit more like the Stark Family, in Game of Thrones; as a child of the north, I’m always whispering winter is coming, as though I’m one of the few who notices how harsh winter can really be. But I know winter is harsh for many of us. And yet, there is beauty there too. 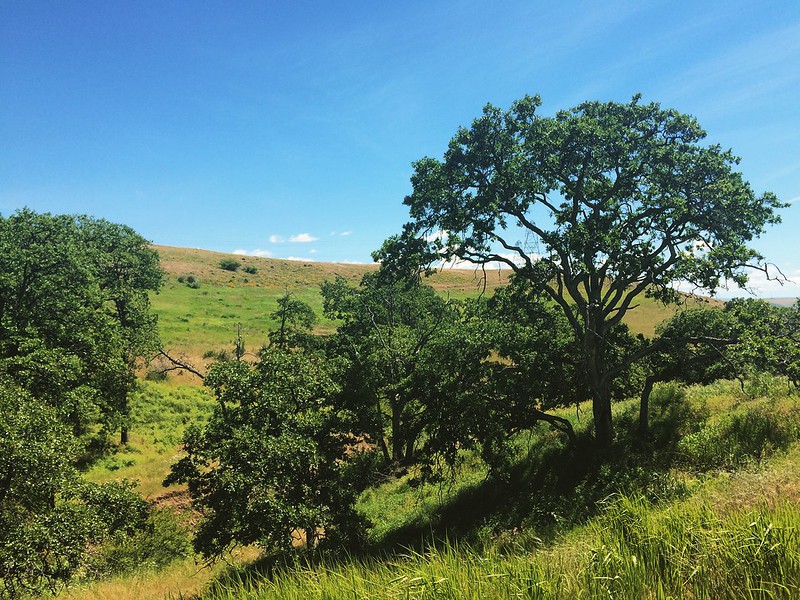 I remembered this beauty, once again, in January. While it was cold, and at times haunted with past sadness, yet, I was happy. January was a good month this year — February is less certain. And once again, I’m hungry for the springtime. Anxious for the rebirth of all the dead things.  I’m hungry for hope, and hungry for life. I’m thinking a lot about my Grandpa this week, as I know how fragile he is. As I watch him in the winter of his life, I’m thankful, more than ever, for the hope we both share, of a different kind of spring. 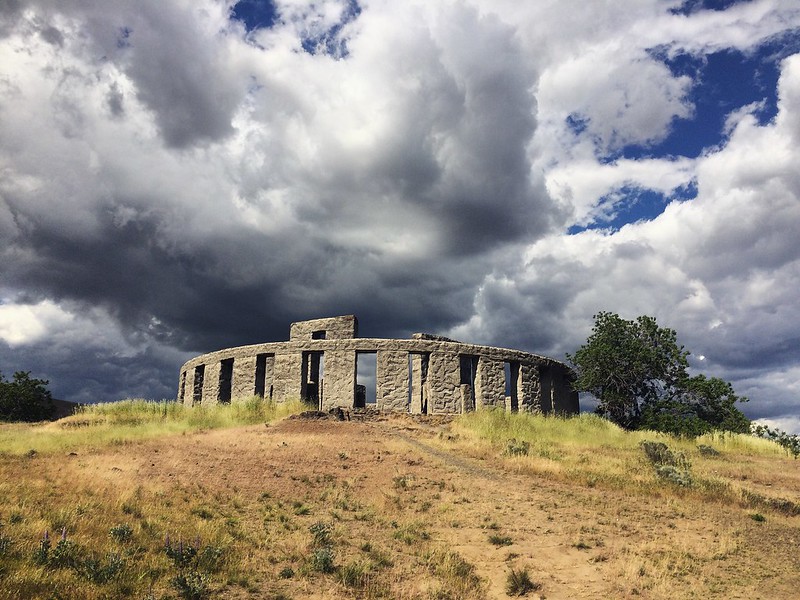 Spring is a season for hope — and the older I become, the more I appreciate the themes of my faith that are echoed in the season.

I lean into this belief I have –the hope of resurrection. The earth has taught us this for centuries — why should it be so hard to believe? Winter, in all it’s agonizing length, comes to us all.

But after the winter, there is always spring. Always you say? Yes. 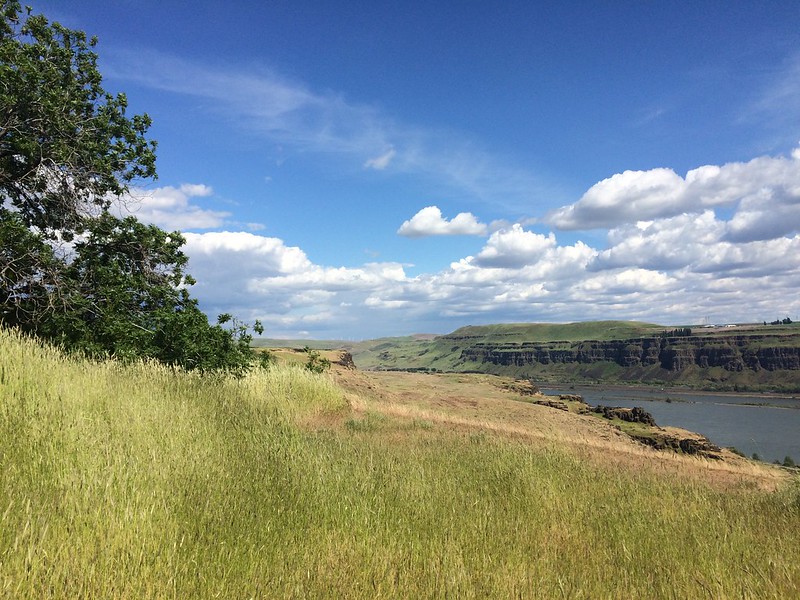