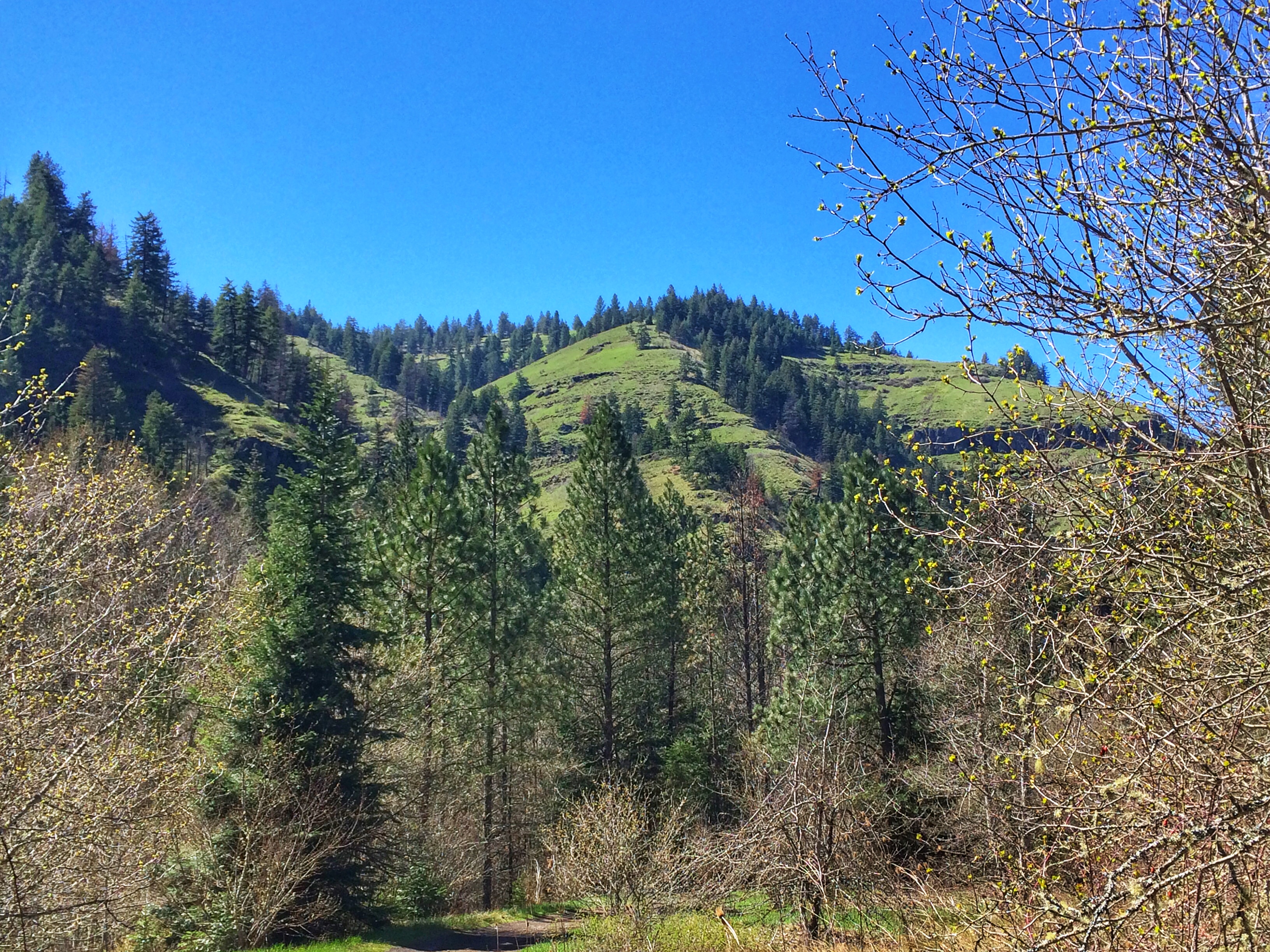 The first time I visited Washington was in the spring of 2004. My sister was moving to Walla Walla and so I decided to fly out with her on my spring break. At the time, it was significantly less expensive to fly into Pasco rather than Walla Walla, and so we flew into the tri-cities airport. A family friend picked us up, but  since our flight had been delayed several times, we ended up driving to Walla Walla in the dark. (It seems as though there should be some layered meaning here right? Like, I stumbled into Walla Walla for the first time… literally in the dark…?) As we crossed over a bridge, the friend told us tidbits about the area. He told us that this was where three rivers met: the Columbia, the Snake, and the Walla Walla. We were in Tri-cities, but also, these were the “Tri-rivers” he told us, jokingly.

However, during that first trip to Washington, driving over a bridge in the dark, was about as close as I got to the Walla Walla River. In subsequent visits, my sister and I tried to find the South Fork Walla Walla trail because I really wanted to go hiking… but we failed to actually locate the trailhead on that trip. If you know where to go, it’s pretty easy to find, but as this was in the days before cell phones and Google Maps, we ended up missing the trail entirely. It was several years later, after I moved to Walla Walla, when I finally got to know the river. A friend took me to the South Fork Walla Walla trail, telling me it was one of the easiest trails to access Umatilla National Forest … and he’s not wrong. In fact, this has made it a perennial favorite of mine.

The headwaters for the Walla Walla start up in the Blue Mountains, along Tiger Creek road (which later runs into National Forest Development Road 65, or NF-65) Strangely, the Walla Walla River isn’t the one that flows through downtown Walla Walla. What you see running through town is Mill Creek… which as it turns out, originates in a similar location. The NF-65 is more or less the dividing line between the two river systems, with the Mill Creek headwaters laying to the northwest of the road, and the Walla Walla River headwaters coming from the south side of the ridge.

As one might have gathered from the revelation of a “South Fork trail” there are two primary branches to the Walla Walla river– the north and south forks. Both of these originate in the Oregon Blue Mountains (south of NF-65), and travel down through the hills and canyons, meandering westward, and then joining together right before they arrive at Milton-Freewater.

Then before Milton-Freewater the combined Walla Walla river takes a turn north, crosses the Washington state line, and then veers off towards the west, without actually really visiting the town that shares its name. It follows just south of highway 12 all the way west, where it runs into the Columbia River.

Because the trail starts at a low elevation, it makes it pretty easy to get to throughout the year (excepting snowy seasons.) I’ve been there in nearly every season at this point (although not during snow, but I have been there when snow was still melting off.) During the summer, the canyon can become dry, and it takes on the browns and tans of the parched grasslands that are common in the inland northwest. But in the spring and early summer, as the snow is melting off, it can get as green as some of its neighboring trials on the west side of the Cascades.

Despite so many visits to the trail, I’ve never backpacked the trail–which is what you would need to do to hike all the way through. The trail stretches just shy of 40 miles. While I haven’t seen a lot of wildlife on this particular trail– I do see snakes from time to time — most of them small garter snakes. But a few years ago, I did see my first rattlesnake on this trail.

I have often found wildlife in Umatilla National Forest. Two summers back, a coyote ran out in front of me on a trail– maybe only 20 or 30 feet away. And then last summer, while hiking only a few miles from the South Fork Trail (near Tollgate) I popped over a ridge, and came within yards of a bear. Not the first bear I have met in the wild– nor is it likely the last. But I was not anticipating ever coming that close to a bear in the wild– nor do I particularly fancy repeating the incident. However, this is actually the second time I have been that close to a bear in the wild (the first was in Canada when I was about 12…) so given that fact, it’s also true that I have no reason to doubt this trend could continue.

Thankfully the bear turned out to be more startled than I was, and ran off into the woods– but it got my heart racing (and I’m guessing the bear felt the same.) The entire experience was exciting (to say the least) but it was also the solid motivation I needed, to invest in, and start carrying bear spray. While I anticipate that most bears and other animals will be as skittish towards me as this bear was, it seems prudent to be prepared. And even though the South Fork trail is well trafficked, and I have only seen snakes here, I still keep a can of bear spray in an easy to reach location… just to be prepared.

When I first moved to Walla Walla I remember being frustrated that I was so close to the mountains, but there weren’t a lot of easy to find trails (particularly for a midwest girl from the flatlands, who was exceptionally daunted by taking her car up steep mountain forest roads, into unknown regions… full of bears.) But South Fork Walla Walla was kind of like the ‘training wheels’ version of my mountain hiking adventures. It was wild, but not too wild. It was hidden away, but still easy enough to find. It was my practice for other trails; trials that were to be found down longer and steeper roads, in less frequented areas.

In life some of us are always ready to charge ahead into the unknown and take the adventure without knowing what lies beyond –but for some of us, we like to wade in cautiously and carefully, acquiring as much information as we can, before we take the jump. I tend to find myself in that latter category of cautious and careful souls. But even the cautious and careful long for wonder and adventure. I think it’s nice to have learned that even the cautious can advance into adventure, we just have to be more strategic about our advances.

Now that I have lived in the Northwest for going on eight years, I have slowly but surely built confidence, and been able to find trails farther away, in more hidden locations. The Umatilla National Forest remains wild, but I have discovered ways to explore the wild, and sometimes even feel at home doing so. But despite all the other adventures, it’s still nice to have a beautiful and familiar trial like South Fork to come back to when I want to be wild, but not too wild. And when that happens, the South Fork is still waiting for me, full of its own wild beauty and simple adventures.