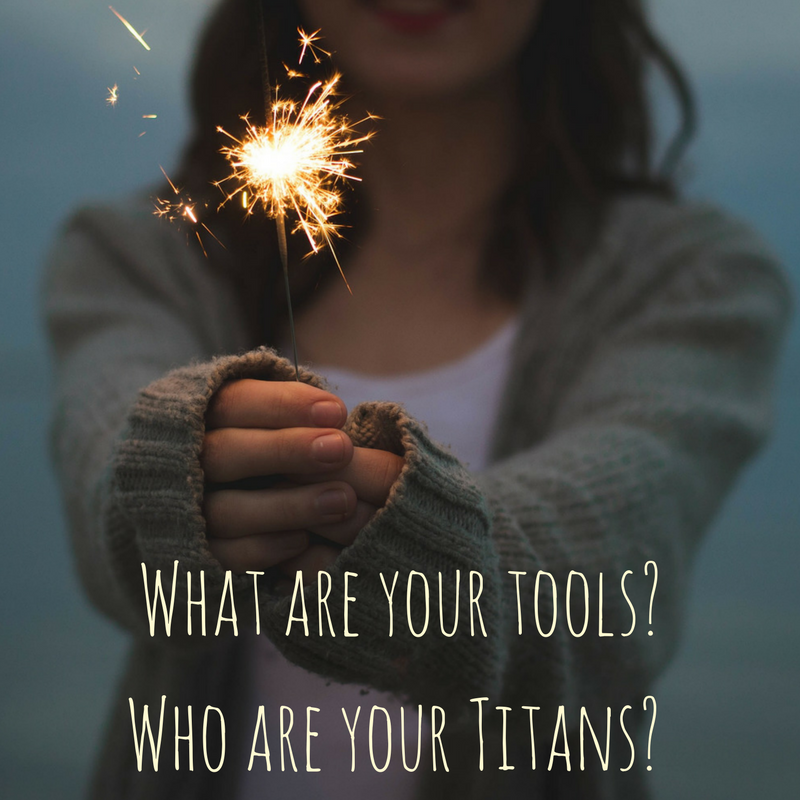 I first became aware of Timothy Ferriss a few years ago, when he wrote a book titled “the 4-hour workweek.” At the time of it’s publication I was in my first year of, post-college, grown-up job, life. I fell somewhat haphazard (in a frenzy of “I just graduated, I need a job now!” manner) into a library job; I say haphazard, because my acquiring of said job was vastly due to connections I made during my college years, by working in a branch of the same library. While there were many wonderful things that came about during my time at that job (enough so, that I would never wish to disparage that time), I will say that entering the mundane, soul-sucking, monotony, of a 9-5, office-job wasn’t exactly the grand adventures life I had dreamed I would live as an adult. So needless to say, a book called “The 4-hour workweek” caught my attention. I was not alone, the book quickly became a bestseller, and these days Timothy Ferriss host one of the most listened to podcast.

However, it is his most recent book (disclaimer, I haven’t actually read this book) which has me thinking quite a bit. The premises, as I understand, is that “Tools of the Titans” is a collection of interviews…a kind of personal Cliffsnotes, of “The Tactics, Routines, and Habits of Billionaires, Icons, and World-Class Performers” (Yes, that’s the subtitle…)  Ok, so… none of those things really pertain to me… but I still find the idea interesting. In listening to Ferriss in an interview, he basically said that he had interviewed all these amazing people, and he wanted to put together a condensed form of all these important concepts and ideas. Originally, it was a project on a more personal, friends and family, scale… but eventually it became apparent that it could be of interest to a variety of readers. This got me thinking; I haven’t interviewed anyone on the scale that Tim Ferriss has… but I have made several laps around the sun. And at this point, if I were to write a collection of what ideas and concepts I considered most life-changing? If I were to compile a personal-reference guide to life-changing thoughts or game-changers? What would include? What are my tools of the Titans, if you will? If I were to consolidate the things I’ve learned in the last thirty-four years of my life, what would I put in that book?

Granted, most of us don’t have our own bestsellers, or podcast, and maybe haven’t reached the scope of Mr. Ferriss’ connections; yet, that doesn’t mean that we don’t all pick-up little tricks and philosophies as we go. The influences of books, T.V. shows, movies, friends, teachers and preachers, frequently reach as profoundly as any expert, billionaire, or world-class performer. And so, I set down and I brain-stormed. At the moment I have complied a decent list of paradigm changing ideas. Some of them are so small, I wonder at how they produced such a shift in my mind… (mustard seeds, guys… it’s all about the mustard seed.) Rather than this being a collection of interviews (because I haven’t had a podcast) these ideas instead come from books, from YouTube videos, from episodes in TV shows, from film, sometimes from listening to others podcast and sometimes? From personal interactions. Some of them came from great thought-leaders, some of them came from much smaller potatoes, but all of them have impacted my life in very specific ways. I’m thinking of them as “Muse Moments.”  And so, because I’ve entered a reflective chapter of my life, I am going to attempt to write them down. The list may yet grow, but at least somewhere, I will have written my own Cliffsnotes of these eben-ezer, museful, moments.  I think there comes a point, when we should all have our own “Tools of the Titans.”  This is a work in progress, but expect to see my own Muse Moments in the coming post.