October 11th: I’m sitting in my room, listening to a Bach Toccata, eating cottage pie, and smelling the sweet aroma of my new Mulled Cider candle.  I’m soaking up a little October. The older I get the more I believe that seasons are best marked with traditions and rituals…I’ve also noticed that these things are easier to pull off when you are either a.) a child or b.) the parent of small children. If you’re neither of those two things (which I’m not) you have to swing wholeheartedly into plan B mode, which involves quickly enacting one of two things. a.) act as though you are still a child b.) readily adopt other people’s children as your own. I’ve accommodated this nicely by enacting both options. I get giddy as a kid about a whole bunch of things, AND I have a nephew who I really love doing things for. For example, I’ve noticed the last few months that anytime I go anywhere (Mount Rainier, the book store…Walmart?) I now want to bring him souvenirs from my outing. Tonight’s plunder involved glow sticks.  I love glow sticks, but even more I love watching him run around the house waving his new glow stick in the air. This is bliss.

Anyway, October rituals. Yes, I have them. Here, in no particular order, are seven of the ones that I’m chasing this year.

1. I bought a pumpkin. I think this is the first year in my life that I’ve actually bought a pumpkin for myself, but I’m excited. Also, my Bear Cub (my nephew) has been reading about Jack-o-lanterns, so we HAVE to carve a pumpkin, right? Yes. We do. 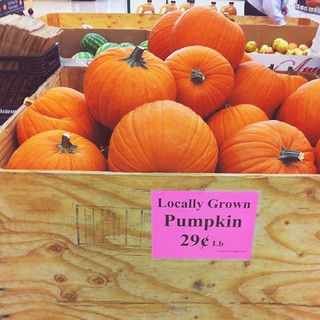 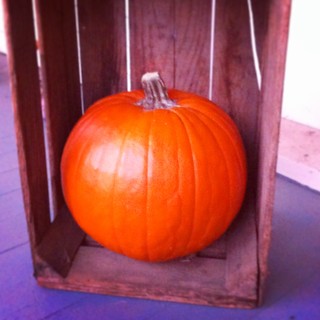 2.  Autumn Candles. A few years ago when I was completely depleted, and poor, and just at the bottom of my rope, my life line to live involved buying a Yankee candle called Autumn Wreath. Sometimes it seriously is the little things. It’s amazing what that Candle accomplished. Thankfully, I’m not at the bottom of my rope this year, however smelling the sweet smells of autumn is still exciting. I may still swing for a Yankee candle at some point this season, but seeing I live in the nowhere lands of the inland PNW, and there’s no Yankee candle buying place within close range, tonight I grabbed a $1 Walmart mulled cider candle. It won’t last long, but it’s definitely getting me in the mood for autumn. 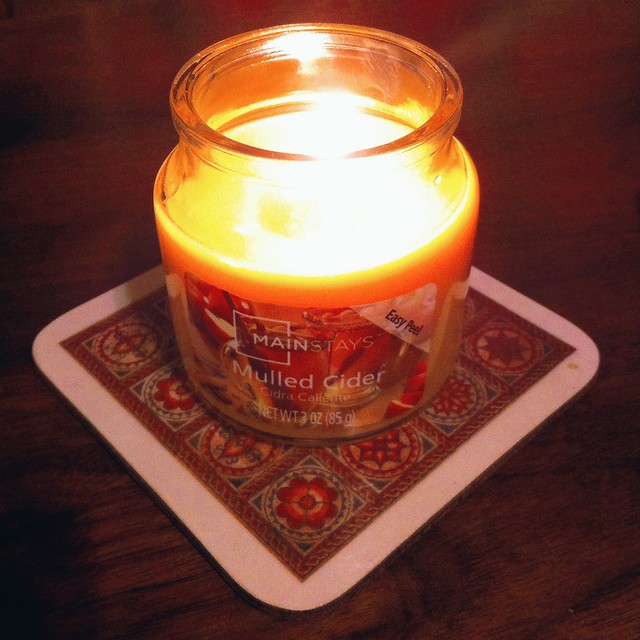 3. Pretty much my favorite goal of the year involves Autumn leaf walks. It’s actually a little bit preemptive for that around here, the leaves probably won’t change until a few more weeks, but I’m definitely excited. I actually thought I might catch some early leaf changing on my walk tonight, but instead of walking I arrived at the trail just in time for it to start raining, and dusting. Yes. Dusting: an inland PNW feature that this mid-west girl still isn’t accustomed to, even after living here three years. 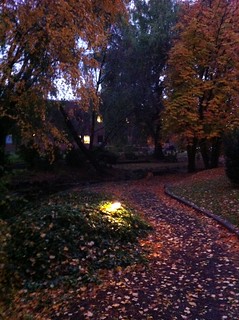 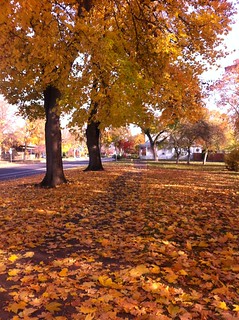 4. Autumn crafting. I’m not an crazy craft kind of person. I like crafts, I enjoy them and everything, I’m just not sure I consider myself ‘crafty’ but for some reason autumn makes me really wish I was. And it makes me want to knit. And so, my sub-par knitting skills will be surfacing in the next few weeks, yes, I’m counting on it. I have a couple of blankets I want to finish before Christmas anyway, so winter crafts are on my autumn list.

5. Tonight while I was driving I realized I’d forgotten my iPod that has all the music on it. Right now I have all the music off my phone because my phone has almost no space, and music takes up space…it’s annoying to carry two devices, but that’s what I get for taking the ‘free upgrade’ two years ago. While I was driving into the dust storm, I was wishing for music, when I realized that I’m driving a fifteen year old car with a cassette player. I begin to wonder if I still had any tapes hiding in my car, and sure enough, I found a mixed tape hiding in the glove box. I loved mix tapes, and while playlist aren’t quite the same level, they do remind me of that nostalgia, and so I like having a playlist for different seasons. It’s amazing what a song can do to conjure mood and memory. Some of my favorites include Bach (Organ music), lots of soundtracks from movies that star Johnny Deep e.g. Sweeney Todd, and I really like Loreena Mckennitt. There’s lots of options, but those three are high on my list. 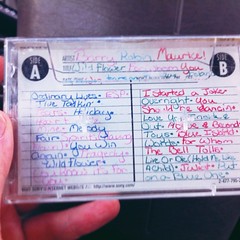 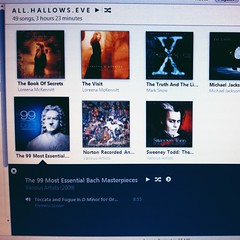 6. Due to Halloween I know lots of people make October the month for horror. I don’t really love horror generally, but I do love mysteries. Everything from Hercule Poirot, to Jessica Fletcher to things a little more intense like x-Files and we recently started watching Grimm. Whatever it is, reading or watching, it’s fun to have some favorite seasonal flicks. Also, this year I’m really obsessed with watching Hocus Pocus. I probably haven’t watched this movie in about a decade, but this year I need to make that a priority I think, because… #reasons. 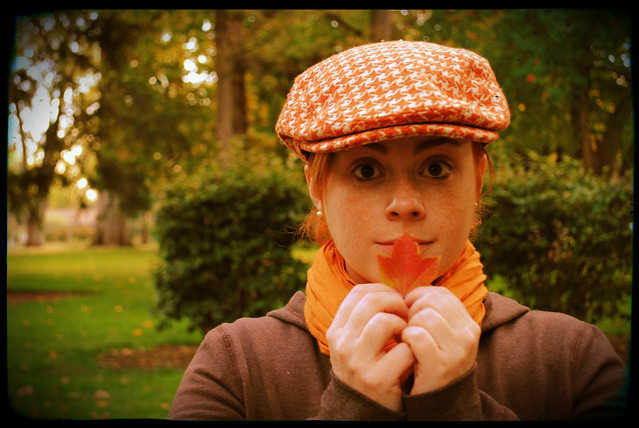 Ok, that picture has nothing to do with mysteries, but I forgot about it till I just found it right now, and so it’s going in…for mysterious reasons. There. #mysteries.

7. October festivals. I don’t know if I’ll actually make this one happen, but I hope to get to a good fall festival. High on my list is Leavenworth, and Oktoberfest…because…Oktoberfest, and because I love Leavenworth in the autumn. And in the winter. And in the summer…and well, y’know. But Leavenworth in October is just lovely. 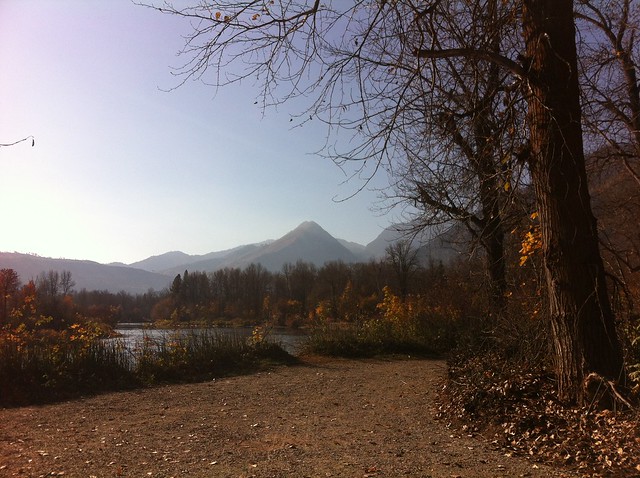 October is my favorite month of my favorite season, so I’m pretty excited to get started  on the parts of this list that I haven’t started yet. Expect more autumn pictures to follow. Yes. It must be so. 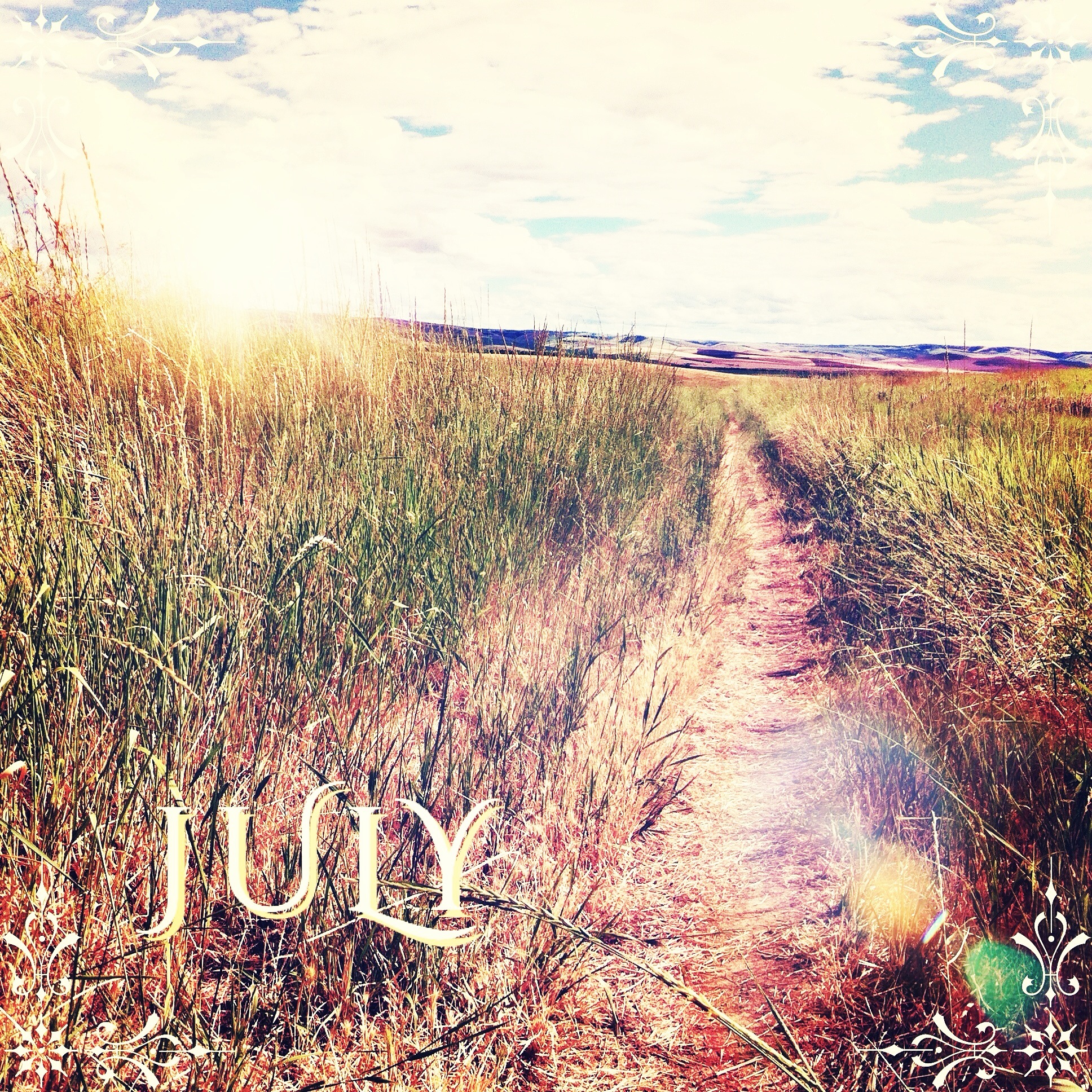 Obviously, I can’t believe that it’s already August. Really, it doesn’t seem possible. First of all it means that in a mere […] 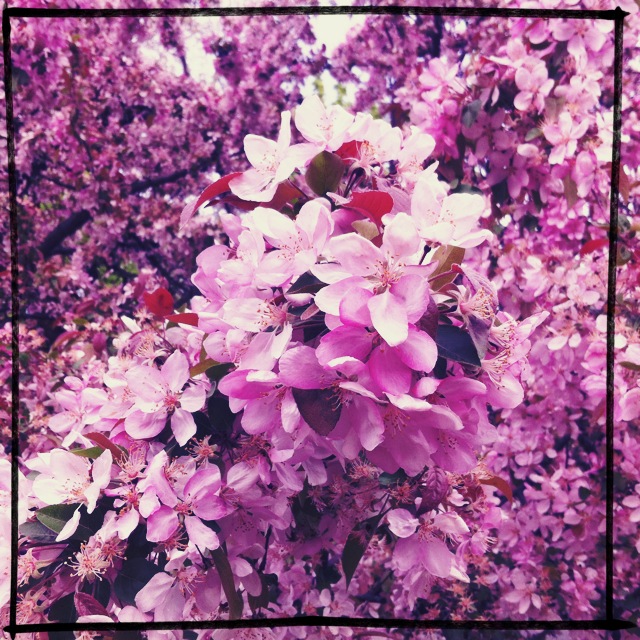 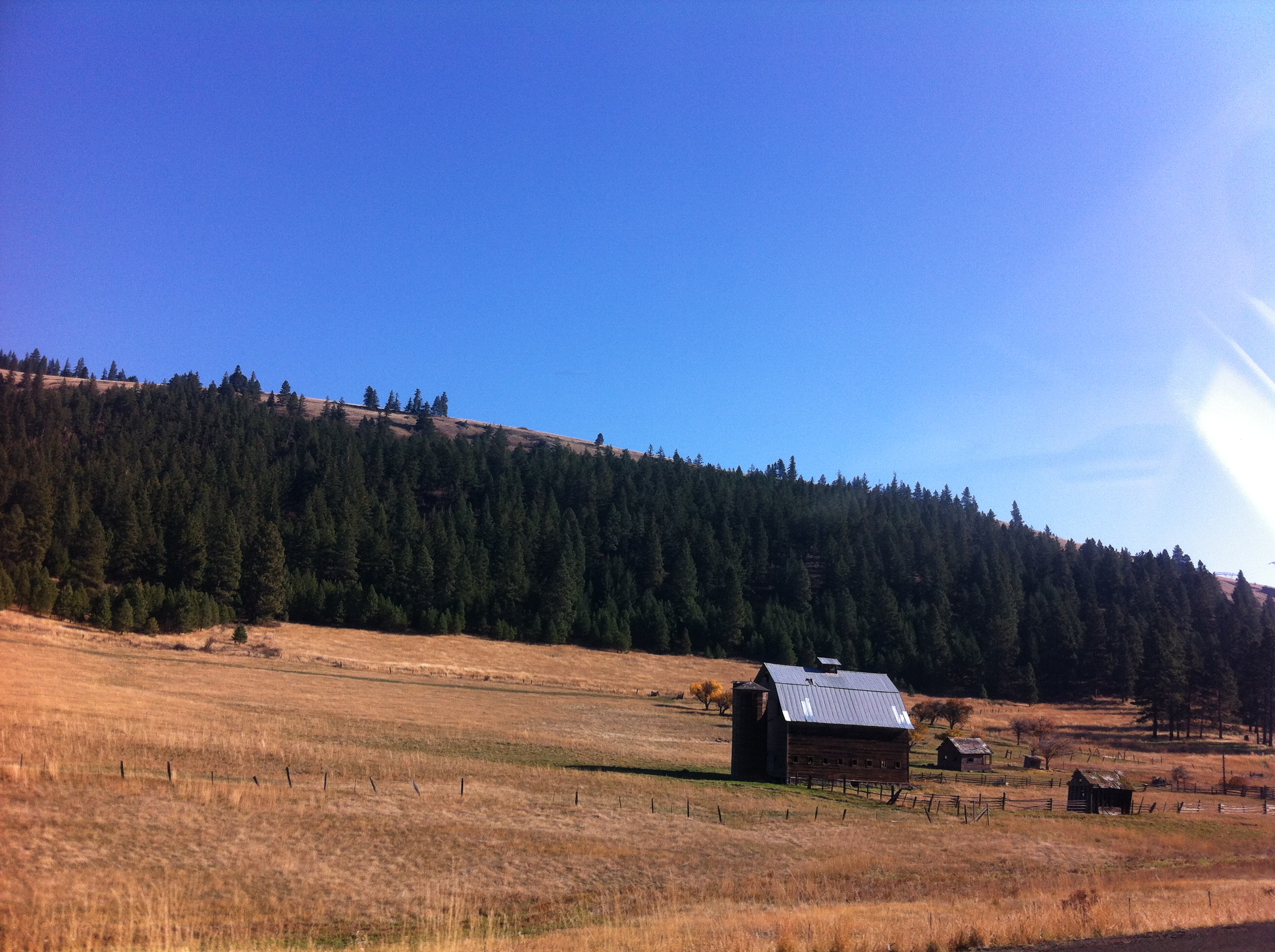 It’s October! A busy month this year, but still one of my favorite times of year…in fact it might even be exclusively […] 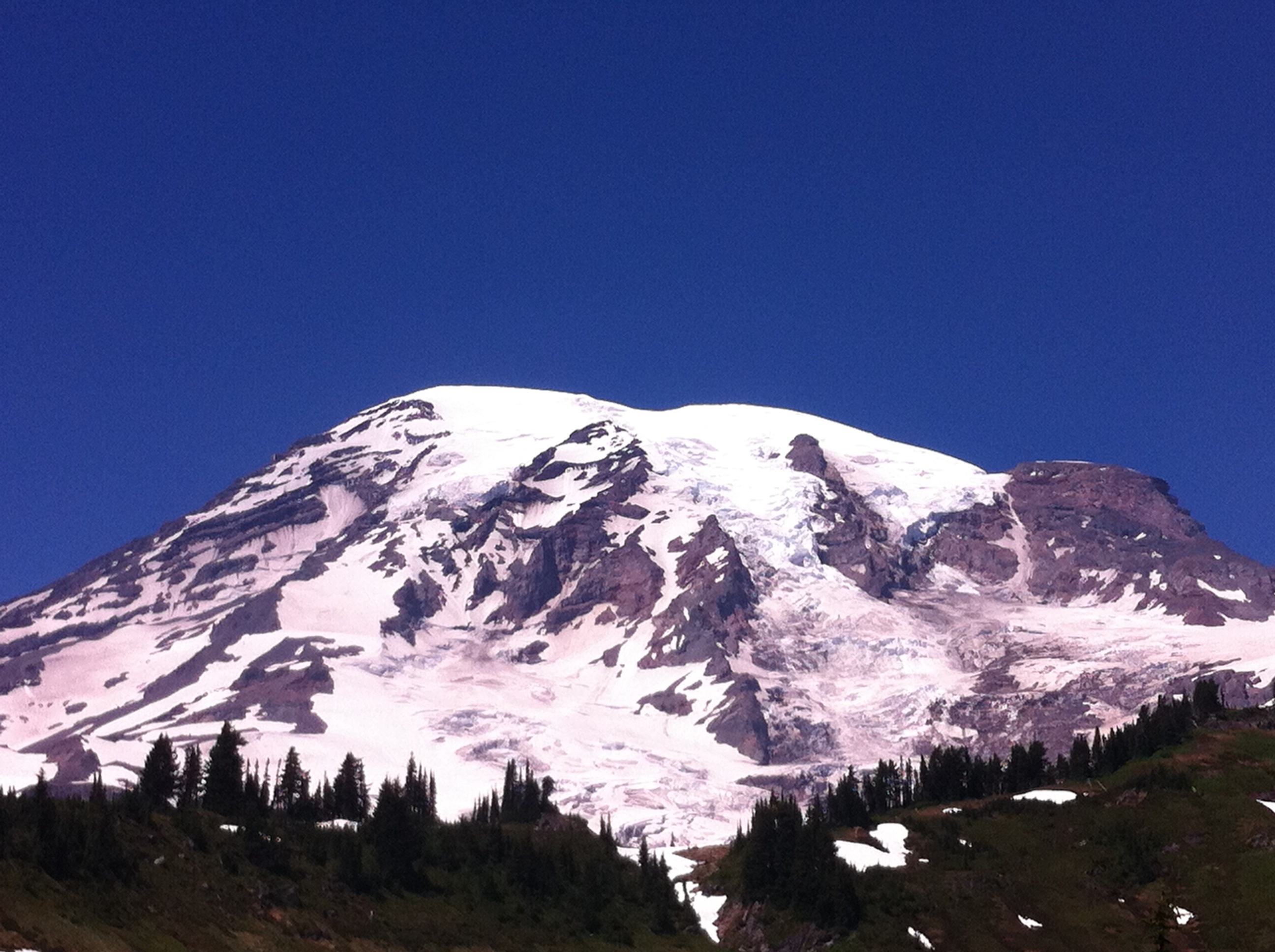 So it would seem that certain season of my life lend well to the process of blogging. There are then, those other […]