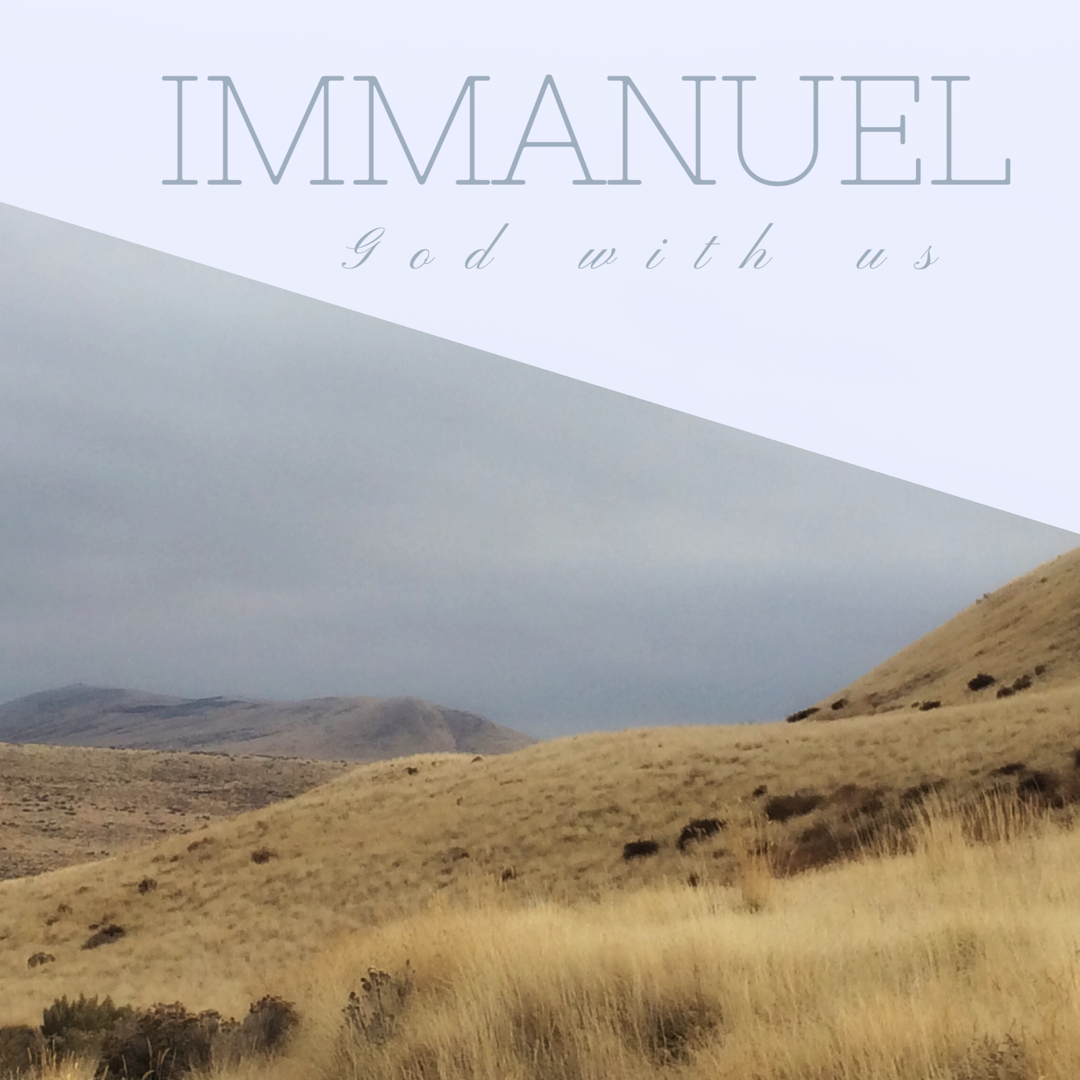 Matthew 1:23 “She will give birth to a son, and they will call him Immanuel, which means ‘God is with us.’”

It’s that time of year when we’re supposed to start thinking about holiday merriment. Making lists, checking them twice…? Yaddy yadda… I admit, I really haven’t made any of those list yet. December has crept up on me, like the usual, icy, winter beast, it is. One moment it’s warm, and sunny, and then the leaves are beautiful, and falling, and then, a few, cold, rainy days, later, the trees are empty and barren. And the next thing you know, the dark creeps into the afternoon, and you realize you’ve just had an encounter with that daylight snatching, geriatric, burglar, known as winter. Yes, winter steals my daylight, and I am offended. And so there we are, in the final moments of our year, lighting candles, giving away our wealth, feasting, and making ready for the warmest of our holiday celebrations–the impending Christmas.

As I have mentioned in previous post, I have a somewhat melancholy disposition, and so the holidays have quite frequently carried a strange, haunted, feel with them. I’ve often puzzled at why the season makes me ache. Not that it doesn’t also make me happy? Sometimes, it does? But under all the sparkle and warmth, there runs this deep vein of emotion. I know, for so many, this time of year is punctuated with moments of grief, marking the loss of a love they once held dear. But I think, even when those losses are more subtle, or ordinary, at times the holidays still seem haunted with spirits. Yet, because I have a melancholy spirit, I used to just chalk this strange ache up to the fact, that I was the kind of child who preferred minor keys to major ones, and sad songs to happy. But this year, I grew tired of just brushing away those feelings. Instead, I wanted to listen to them, and actually attempt to construct a vocabulary for these unnamed, haunted, aches — something more universal than mere temperament. And after a few conversations with my friend, Seth Pierce, I discovered one of my favorite new words in this vocabulary: spectrality. As Seth described it, “spectrality is the study of felt absences” because sometimes what is most present is the feeling of an absence.

Dickens, as it turns out, was quite right, to make a Christmas story about spirits. Christmas is the perfect time to think on those felt absences, or spirits of the past, present, and future. The Advent itself, is the embodiment of longing for something to come — for waiting and praying, and dreaming of that which can fill a void that has been left in humanity. Something should be here, but is not. Something is felt, but is missing. I did not grow up in a church that observed the liturgical calendar, and so the celebration of Advent is something, admittedly, I have only begin to explore in my adult years. However, I did grow up Adventist, and so the arrival of something that is not, but is awaited, and longed for, has always been at the center of my faith life. 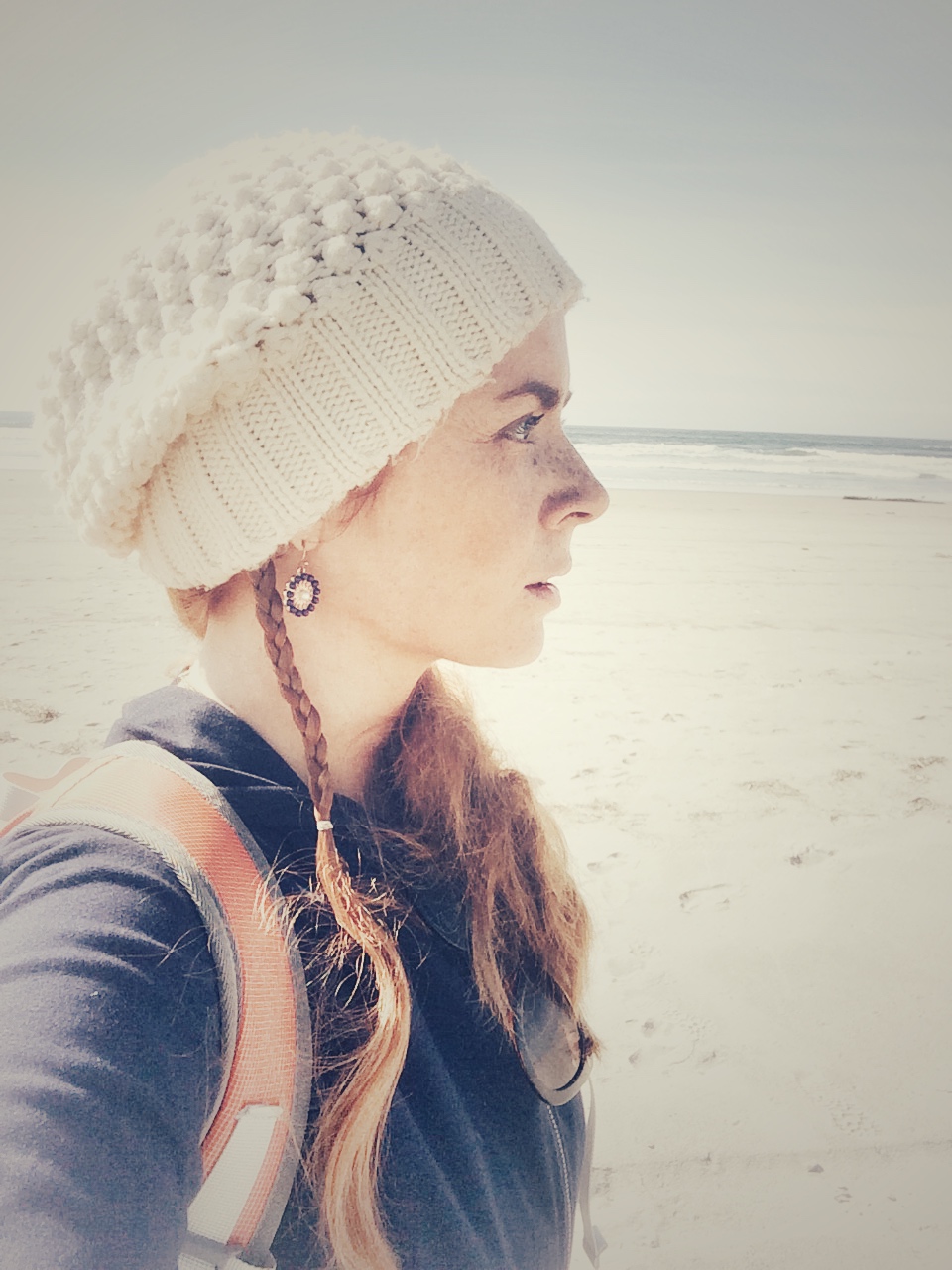 One of the things I had not counted on in my youth, was the number of years I would spend alone in my life. When I say alone, I do not necessarily mean I have been lonely. Alone as I mean it, simply means un-partnered or single. And while I think we all realize what I’m about to say (but wait for it, I’m gonna say it anyway); lonely can happen when you’re alone, or it can happen when you’re with a partner. In fact, it’s been my observation that some of the most lonely moments happen when we are present with people in body, but they are not with us in their spirit. I have thankfully, always been surrounded by friends and family, which is a blessing. Yet, sometimes being surrounded has made me feel belonging, and sometimes being present with others has made me feel more lonely. And in honestly, alone can be a relief in comparison to the haunting loneliness that comes when you are with someone who is absent. Loneliness happens both in and out of physical proximity to other people. That said, the world frequently works in pairs. Together is the default setting. And so, when you’re single your life is defined, like it or not, by the spectrality of being outside that default.

Now, I think it’s easy, and deceptive, to buy into the idea that if we are with other people (or partnered), we will never feel, or be, alone. I wish that were true. Yet, both experience, and testimony of others, tells me otherwise. And while there are perks and awareness that come with both states, I will speak only to singleness, and in particular my experience being single right now.  I think this year, due to being single, my awareness has focused on aloneness in a way it might not have, had I been partnered. And for all the perks, and not perks, of each respective state, I will say, during this season, I have found a blessing in being alone. For with this awareness, I am coming to better understand the things that make me lonely, or perhaps you could say, the spectralities in my life. That may perhaps sound strange, but I think some seasons are intended for longing. Sometimes, we need to feel absence. And whatever it is, that draws our hearts into an ‘alone’ season (whether that alone season is in partnership or in singleness) I do think those alone times visit everyone at some point. I also think, these moments can be a gift. While lonely can break your heart, alone can be lovely. There is a beauty to longing, albeit a frustrating one; like listening for the echo of a song you can’t quite hear, but are certain you must know.

We might call this longing, ‘nostalgia’ which has sometimes been characterized as a ‘longing for the past’ but its etymology derives from the Greek word nostos — a theme used in Greek literature to tell the story of a hero’s ‘return home.’ Nostalgia in that context could be described simply as an ache in the heart to return home, to a place of belonging — to a place of not being lonely anymore — because we are understood, and with kindred. And for me, during this season of walking alone, it has become nearly impossible to do anything other than sit in spectrality, and listen for the haunting echoes of that nostos song.

And so with that set-up, I find myself arriving at the season of Advent.

The story of Advent, begins with a promise. The world is broken, humanity is expelled from the garden — from their home –and things are not right. There is an observed absence, a spectrality, a nostos burning in our hearts. And God has promised to make it right. When we arrive at the beginning of the gospels, humanity is waiting. But humanity has been waiting for a very long time. Waiting, longing, alone, and not home. To fulfill the promise of making things right, one can assume that God could do this in anyway He wants. He is after all, God. God could summon golden towers, the biggest and the best, without even lifting a finger, and set it all right.  But that is not how the story unfolds. In an age when the dominant patriarchal system demands legitimacy of male birth, Immanuel chooses to come in the form of a baby, born to an unmarried couple, and an illegitimate birth. In an age of emperors, and the greatness of Rome, Immanuel could have came as Caesar, living in palaces, being waited on hand and foot. But that is not how the story unfolds. By nature of his family, he grows up to take his father’s trade, and spends the majority of His life working as a carpenter, day-in and day out. When he finally does begin the work of His life, he chooses friends and disciples, all of which will abandon him when he needs them most–and one of which will betray his life with a kiss.  And in the ultimate conclusion, of making things right, He will lay his life down in exchange for us. God could show up anyway He wants, he could lay his life down in any way He likes, but that’s not how the story goes. Instead, He choose to show up with those Romans — who had literally concocted the most painful means possible of death — the crucifixion. God could have chosen anything, and still fulfilled His promise — but he chose illegitimacy, shame, menial labor, betrayal, and suffering. God chose to be Immanuel — God with us.

The season of advent celebrates the wait, the longing, and the promised arrival of Immanuel–the culmination of the heart’s deepest hope — that we are not alone. For all the times I have taken that lightly, I have missed so much. But perhaps understanding requires aloneness and longing — seasons to listen for this felt absence, and to appreciate it for what it is.

Advent is the preparation for the arrival of ‘no longer being alone.’

Immanuel is the incarnate eradication of loneliness.

Advent is a hope-filled answer to the spectrality of our existence.

Immanuel is the requiting.

Advent is the echo of a near, yet distant, coming.

Immanuel is the song.

This year, as I walk into the season of Advent, my heart is meditating on this belief; we are not alone. I may ache, and strain to make out the sounds of that distant echo, but I am not alone. And neither are you.

If you’d like more ideas about Advent, I would recommend checking out this post by Sarah Bessey, with resources (e.g., blogs, podcast, calendars, y’know, yummy things for your soul.)