Of all the areas on my blog, the LIVE area keeps getting the short end of representation. It’s not that I don’t think about all the things I intended to say under that category. Wellness continues to be highly important to me actually. I’ve spent the last three years thinking a lot about wellness, and in fact I’d go so far as to say that I’ve been passionate about wellness, and holistic living. Yet, I’ve also been kind of silent about it around here. 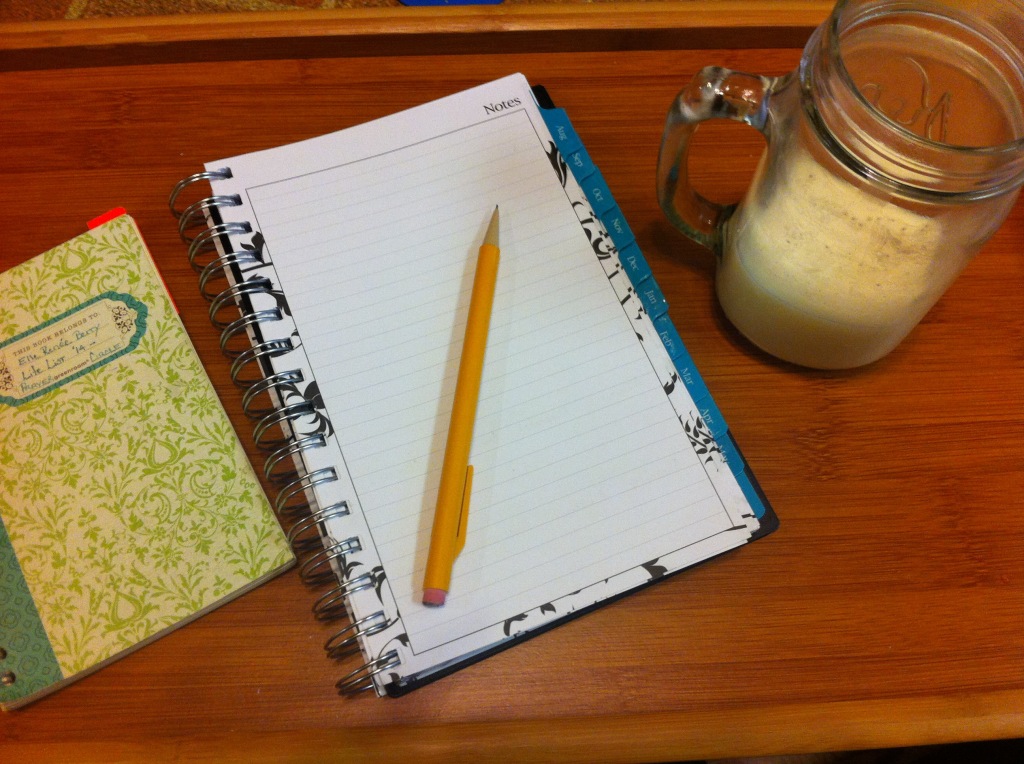 When I think about it, I attribute this silence to two main reasons. First the silence is more a reflection of my figuring out my goals than it is about me losing interest or passion. Due to my own health journey and story, I’ve continued to have a lot of interest in holistic nutrition and lifestyle concepts because of how beneficial they’ve been in helping me become my healthiest self. However, I’m not sure what that story means yet. I want it to have meaning, and I think sometimes our biggest struggles can become avenues where we are able to provide others with the greatest help. I went back to school last year with that line of thinking. In my own experience, holistic medicine has consistently yielded superior results. However, even though my own experience with conventional nutrition and exercise advice led me nowhere, and in many ways I believe did more damage than good, I decided that going in the direction of the widely accepted, not particularly holistically minded, Registered Dietician (RD) would be a necessary evil that I’d have to overcome in order for people to take me serious. Besides, a lot of RD’s who get the conventional credential, then go ahead and pursue more holistic therapies in addition. (Bastyr University should be noted as a strong exception of the above statement, however as a private university in the Seattle area, I avoided it mostly due to the incongruity between  the tuition price tag and my present finances at this point in my life.) I reasoned having the widely accepted RD attached to my name would yield more legitimacy compared to other avenues of nutritional credentialing (which, in case you’re not familiar, there a ton, and it took me about three days of research just to get a handle on what that meant…)  Regardless, I’m not sure if my line of thinking is totally the case outside of traditional medicine, but over the course of the last year, I’ve put a pause on that line of thinking entirely. The fact that I don’t really want to be a RD (and never really did) is one of the main reasons, but far from the only deterrent.

Due to my own health journey and story, I’ve continued to have a lot of interest in holistic nutrition and lifestyle concepts because of how beneficial they’ve been in helping me become my healthiest self. However, I’m not sure what that story means yet.

So here’s the longer explanation. When I initially investigated schools, and chose an in-state university to attend, I spoke with an adviser and came up with a graduation plan that included one year of prerequisites (that I could do at a community college), plus an additional  two years of school at the university. This wasn’t great news for someone who already has a four year degree from a major university, but I realize my choice to have a bachelor of arts degree left some holes in the science region of me education, so I was making peace with this. Additionally, however this plan was going to require substantial debt on my part, but when trying to better ones self this is sometimes a fact of life, and so I thought it might be ‘reasonable debt’ (if there is such a thing).

After two quarters of prerequisites I returned to check in with my adviser, and turns out our two year plan was wrong. Crossed wires, plus program changes, meant there would be three years school (in addition to the five quarters of prerequisites). Two of those years would be class work, and then the internship. Additionally, I found out that the internship I would need to do, in order to take the RD exam, was highly competitive. They were letting about 60 some students into the program, but only had places for 20 internships. I make pretty good grades, both my undergraduate B.A. GPA, and my prerequisite GPA, are pretty good, which meant I thought I could pull decent grades. But could I guarantee the top third of the class? I mean life happens, and then sometimes the good grades don’t happen. Not to mention all the variables outside of grades that one can’t control. (If you make the right impression on the right people, etc.) It was the degree of uncertainty that alarmed me. And the possibility of going $40k+ in debt and finding that I couldn’t finish with anything marketable begin to sound like the stuff of nightmares. Add to that the additional fact that these internships aren’t paid, so I would be taking out even more loans for my internship. If I were in a situation where I was being financially backed by parents or a significant other, this might be doable. You might think, is there the possibility of working through school? Well no, they want you full time in school, so living expenses would vastly be dependent on loans as well. I started putting pen and paper to it and realized I could end up something like $90k in dept. I thought I might be jumping to worse case scenarios, however, I talked with some other RD’s who were presently in the field…and their advice didn’t change my mind. In fact, they advised that if I was going to spend the money and time in school, I should simply skip the RD entirely and go to medical school. A greater salary potential, and more actual power to implement my philosophy into my practice, they said. Needless to say, after three quarters of investing into prerequisite classes, I was highly discouraged by the entire thing.

The reality is, a lot of RD’s are graduating with substantial debt, and I found several examples of people who were right in the realms of my personal estimation of $90k in student loans. If you were entering a field where your potential earnings are going to be around $90k a year maybe this would be a good idea, but according to the US labor statistics, the average salary of most RD’s is more around $55k per year. As I thought about this, I imagined my life paying off student loans forever. When that got dull, I instead imagined skipping school and using the money to buy a house, or three tiny houses. I imagined all the times I could travel the world for $90k. Meanwhile, I continued my prerequisites as though nothing had changed, but it had. My entire five year plan was not sustainable. Not only was being a RD not my dream, it was beginning to look downright unwise. So I finished my prerequisites in march and…

What’s next?  Well, despite my love of nutrition, and how much I’ve benefited from the knowledge I’ve gained the last few years, the reality is my least favorite class last year was the intro nutrition class that I took–a class that vastly explored counting RDA nutritional guidelines, and calorie guidelines, and a number of other health means that I’ve found to be vastly useless in my personal journey. And so the ‘what’s next’ part is kind of a mystery. Honestly I was somewhat afraid I wouldn’t be able to make the grades in chemistry and biology, but I managed to survive, and even enjoyed the classes. But… I’m still figuring it all out. Meanwhile, I’ve skipped talking about it on my blog and I’ve skipped talking about it with other people as much as possible because I don’t like to admit that I don’t know what’s next. But there it is, I don’t know. I have some ideas, some options, but I’m not clear about what it’s going to look like yet. I still think nutrition is a career option I really want to pursue, I’m just not sure which road I’m going to take at this point.

The second part of my silence I think has to do with the fact that I don’t feel like I’ve arrived–there is the impostor syndrome–the fear that I’m not qualified enough to talk about health because I’m still on this journey. The reality is I’m not where I want to be, but on the other hand, I’m not where I used to be and that’s actually more tremendous than I realize at times. If you’d asked me ten years ago, at the age of 21, what my health prognosis for myself was? Honestly my dreams were great, but on a gut level feeling I was pretty sure I’d never reach them. Yet, I’ve made progress, and things have changed, and nutrition has been a fascinating and important part of that change.

I think sometimes you have to start where you are, and the middle is as good a place as any. So I want to start talking about it again. I want to start talking about it, because regardless of how nutrition will fit into my career goals, it is a part of my life. Ultimately what I’ve learned, and the ways I’ve changed,  (the ways I’ve messed up) are playing a large roll in who I’m becoming. And if those things can help other people? I would be thrilled. But they won’t help anyone if I don’t share them, so I want to start writing about some of those things here. While I’m going through, while I’m in the middle; maybe not from the position of ‘expert’ yet… but from the potion of ‘I’m still learning too.’ You can’t move forward if you don’t start moving, and so even if it’s just a wiggle, I’m going to start moving; I’ll start typing and start sharing, and we will see. I don’t know where this journey will end but I’m sharing a few pieces in the hopes that it will help someone else in their journey as well.

I hope this post will be the start of several post in this area, and I pray that what I’ve learned will come to be a help to anyone of my friends and comrades who stops by. Till next time, Happy Monday y’all!