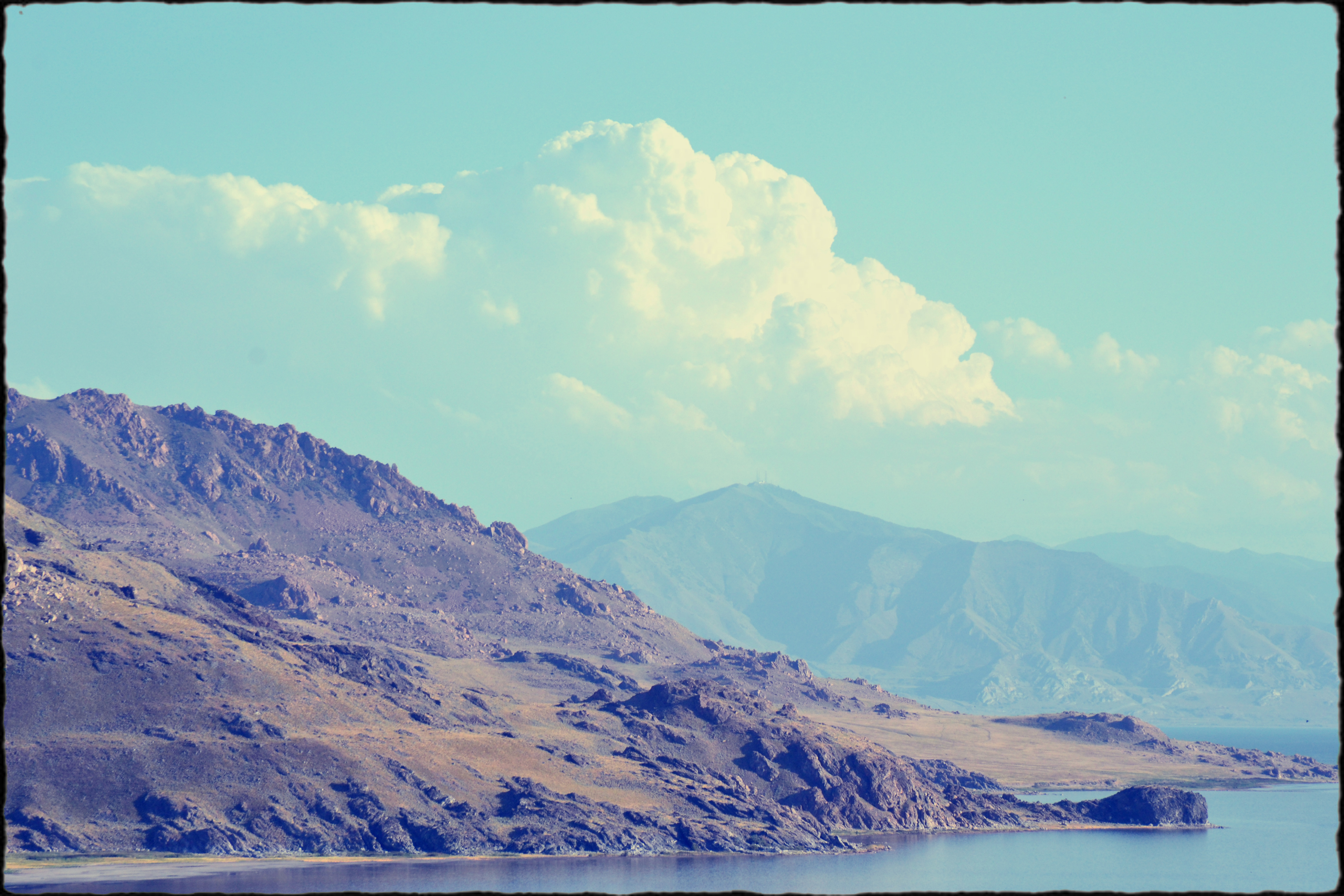 I was talking to a friend this morning about life.  We were chatting about all the things that seem a little overwhelming at times; the things that make us feel like life is out of balance.  As we were talking, we were reminded of our road trip last summer and this island we stopped to explore.  In the middle of driving west we took a little detour to Antelope Island –an island in the great Salt Lake.  Prior to this trip, I’d flown in and out of Salt Lake City quite a few times, driven through Salt Lake city, but I’d never really BEEN to Salt Lake City.  So it was my first time really being in the area and I found it to be like I find most such sprawling human meccas–somewhere between the bounds  of a.) busy and over-crowded and b.) interesting and artistic.  This is, by the way, not meant offensively to Salt Lake City.  Any city that I put betwixt those bounds  is fortunate–many cities just go straight to my ‘that was nice for an hour, now get me out of here’ category.  The great discovery, for us however, was Antelope Island.  It’s a state park located in the north section of Salt Lake (as in the lake itself, not the city.) It was, simply put, serene.  I’m not sure if it’s always that way, because we only had one afternoon to stay, but in the few hours we were there it was like time suspended.  It seemed like our very own wrinkle in time, or as my friend put it, it was like an Enya album.  Magically calm.  I left the island feeling renewed, and refreshed.  I’m pretty sure the calm was physically tangible that day.   Anyway, with that thought, I realized I’d never got around to posting most of the pictures from Antelope Island.  So as a way to bring  a little calm here and now, I will post the pictures. Namaste & Shalom (really all you can say about such an afternoon.)