I admit I was a latecomer to the resolutions this year. In many ways, 2016 felt like having a child and then refusing to name it until I had a chance to actually see it in action— *sits in arm chair, smoking my pipe, musing with a heavy British accent* ey? maybe I’ll dub thee at the end of the year? Maybe not….

Ok, I don’t actually smoke a pipe…or have a British accent… regrettably…

I did, however, give up on resolutions as an actual “thing” a few years ago. (yes, I just used air quotes there that you the reader can’t really see… oops…) Ok, honestly? I’m not sure I ever really got into resolutions as a thing. I mean, for starters I’m a hardcore dreamer, and I think dreamers are always making resolutions about their future. Furthermore, I’m also a perfections *gulp* and so having a running list of things that I intend to resolve is basically my M.O. Resolutions seem anti-climactic, because I always have a list of personal projects that I’m working on. It’s something like this:

And so on. Basically I am always referencing a personal life-list sufficient to keep me busy on goals.

So last year I wrote a post regarding, the now somewhat popular idea of, choosing a word for the year. Last year was Valor. Perhaps at some point I’ll write a “failure report” and self-assessment on that particular situation. But for now, I’ll give myself a 3.5 star rating. It was good. Better than ok, but not great. I did accomplish a few things that I’m really proud of, things I’m not sure would matter much to anyone else, but things that I was scared to do… (tried online dating? Yes… told someone a loved them…? Yes. Let go of someone who didn’t love me the way I loved them? Yes. Maintained a health regime for eating at least 80/20? Yes. All of those things feel pretty important… and terrifying. Don’t judge, until you’ve personally tried them… but I digress.)

So what’s this year’s word?

Originally I was thinking something along the lines of perfectionism. In the weeks leading up to 2016, I stayed busy reading a collection of essays by Ann Pachett This is the story of a happy Marriage,  and then devouring Elizabeth Gilbert’s latest books Big Magic, and last, but not least, soaking up Brené Brown wisdom from her latest book Rising Strong, and all in all, feeling pretty inspired to put myself out there. I’m pretty sure I might have mentioned (just a few paragraphs ago) I’m a closet, recovering, perfectionist… and so letting go of perfectionism and embracing ‘good enough’ feels like a really important part of this year. Initially I thought, this year is going to be the year where I embrace fabulous-failure. (Because if you’re a perfectionist, anything less-than-perfect, is going to be failure in your mind…trust me.)

I haven’t totally thrown that idea away, it’s simply evolved as January progressed.

See, what I wasn’t counting on, was that I’d start the year with some fabulous-failures. By January the 3rd (the third? Seriously?) I already had completed at least two task that left me reeling in the realization that I’d been significantly less-than my ideal self. Failure Report… oh, but I’m not ready to go into details.

It wasn’t until I’d finished Rising Strong by Brené Brown, and reflected a little, that the word for this year finally revealed itself. And I’m not joking when I say, this year the word picked me. It popped into my mind around January the 8th, I was sitting on the floor flipping through a book of Bible verses, when I started reading Ephesians 4:23-24

I am constantly renewed in the spirit of my mind [having a fresh mental and spiritual attitude] and I put on the new nature (regenerated self) created in God’s image, [Godlike] in true righteousness and holiness.

In truth, I was being kinda sassy as I read the verse, and putting a lot of silly attitude into the rendition, but for some reason (I’m not sure why?) the word regenerate jumped off the page. And so I looked it up in the dictionary.

(of a living organism) regrow (new tissue) to replace lost or injured tissue.

I read it once, I read it twice, and for some reason…? I started crying. Now, I realize I’m not a starfish… but the thing I was thinking about as a read that verse was Doctor Who. No really… bare with me. For anyone who doesn’t follow the British fantasy series, Doctor Who is an alien/time-Lord who every few seasons, when his character becomes injured, or you think he might die? Instead of dying to his wounds, he instead goes through what they call regeneration, which is this process where he switches out bodies. Each Doctor is still THE Doctor, but he’s a slightly different version of himself. (This also, quite cleverly, allows the Doctor to be played by various actors… pretty neat actually.) The point is, his wounds don’t kill him… he simply regenerates.

Now, I haven’t suffered any mortal wounds as of yet, but over the years I’ve suffered a few heart-wounds. I think that’s pretty normal for anyone who’s made more than a dozen trips around the sun… and I’m just a few years short of three-dozen trips… so needless to say? I’ve been a little broken, and cut-up; put my faith in people who let me down, romanticized people who weren’t actually safe people, believed in things that didn’t happen, tried things that didn’t work, and all in all? I think it would be easy to simply rule certain parts of my personality as dead. I can carry on alive in body, but dead in heart and personality. Let’s be honest… most of the time, it feels like the brokenness is going to kill. And so I reason with myself, it’s safer to withdraw. It’s safer to not keep trying. It’s safer to put your head down, and retreat. Yes, this is usually what I find myself thinking… that way of thinking is for me, what Brene Brown would call, “emotional comfy jeans” …familiar? But not always flattering. I think it’s easy to walk around life letting those wounds determine your outcome. Frankly, I think perfectionism traces its roots back to these wounds. We’re afraid that someone will look under the cover and realize, we aren’t whole…we’re missing pieces of ourselves, we’re broken, and wounded. And they’re not wrong. Truth is, I’m not enough, I’m not whole, I’m not perfect… I’m damaged goods.

But here’s another truth: According to my faith, and everything I base my life on, I am being renewed and regenerated into a new creature. I am becoming. I am regenerating.

So yes, in some ways I hope to make this year about exploring the gifts of imperfection; I hope that it will be filled with daring adventures in fabulous failures, and exceptional experiments in winsome, half-assery; I hope that instead of sitting back in the fear that someone will “find me out” I will begin to operate from the belief that “today I am enough” and “I am loved” just where I am, even if it is a little bit broken. I plan this year to take risk accordingly.

But more than that, this year I’m celebrating regeneration.  I hope that the choices I make will be reflective of the person I am becoming, and the belief that I am regenerating into a new creature every day.

Declaration to my own internal monologue, my worst critic and vilest stifler of creativity and stunter of innovation; to that voice in my mind who writes stories of shame, reminding me of all the times I tried something and it didn’t work; the voice that tells me “I’m stuck” or too passive, too quiet, too passionate, too quirky, too weird, too obsolete, too unorthodox to be relevant, too fat, too lazy, too ridged, too open-minded, too emotional, too devoted, too immature… to the voice that houses a wardrobe of “too-too’s” that neither flatter, nor fit the steps of my dance… ? To that voice I declare, “enough.”

I am enough right now.

Enough is not a resignation from exquisite or exceptional work; enough is a declaration against the need to be perfect, because if I’m anything less-than-perfect, “what will people think?” What people think has nothing to do with me, or the work that I do. I am regenerating, and you are too, and they are too…if they want to.

All of this is allowed, because this year I’m enough, not enow unto myself, but I am enough in my incomplete form; we were never supposed to be enough by ourselves… we were supposed to be completed in community. So yes, I’m still growing, I’m still discovering, I’m regrowing broken places…healing from old wounds, and I’m not there yet, but I am becoming. I am regenerating.

Join me if you’d like. Personally? I’d really enjoy your company. After all, in unity our incompleteness is made perfect. 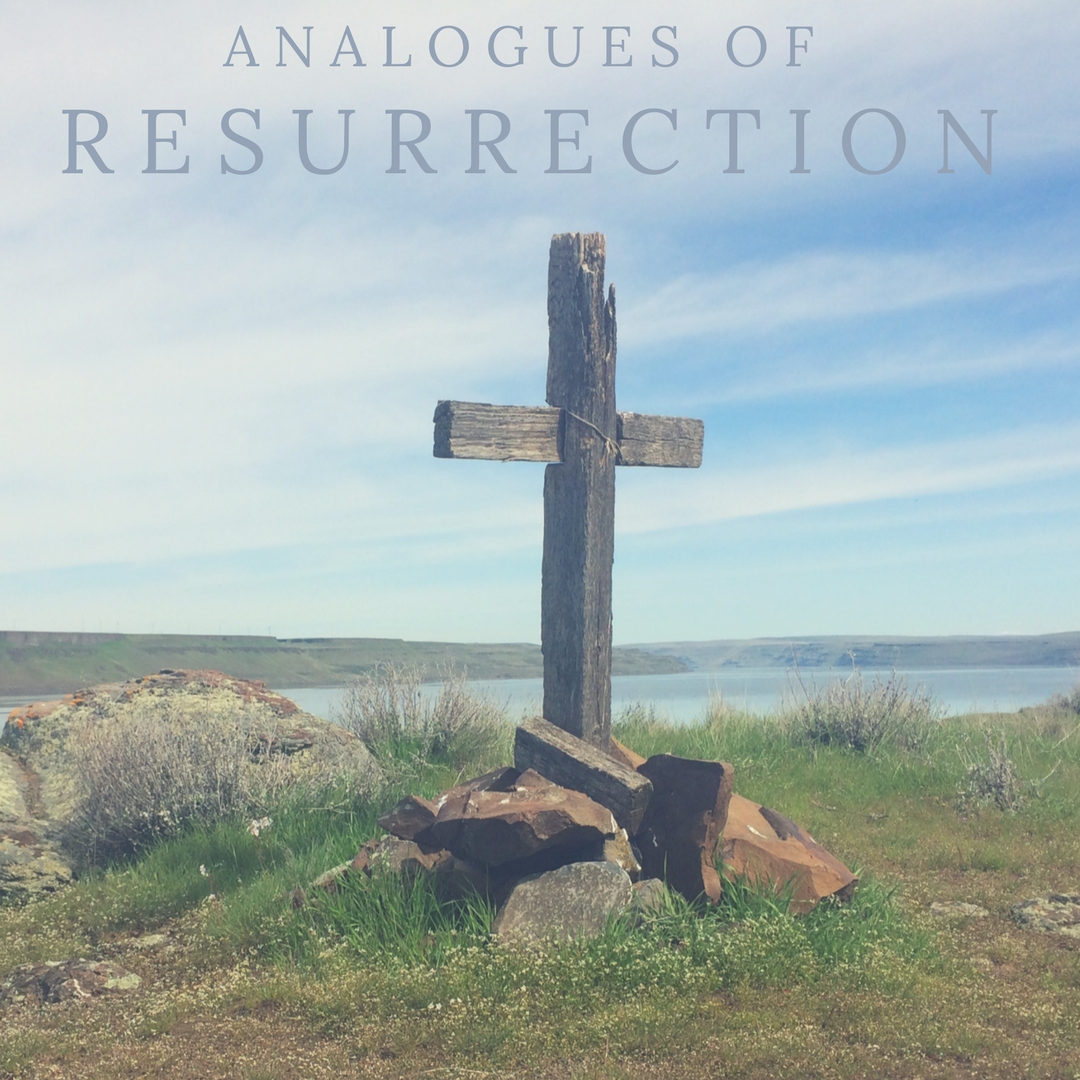 I have long been very skittish and measured when it comes to talking about my faith, and it took me a long time […] 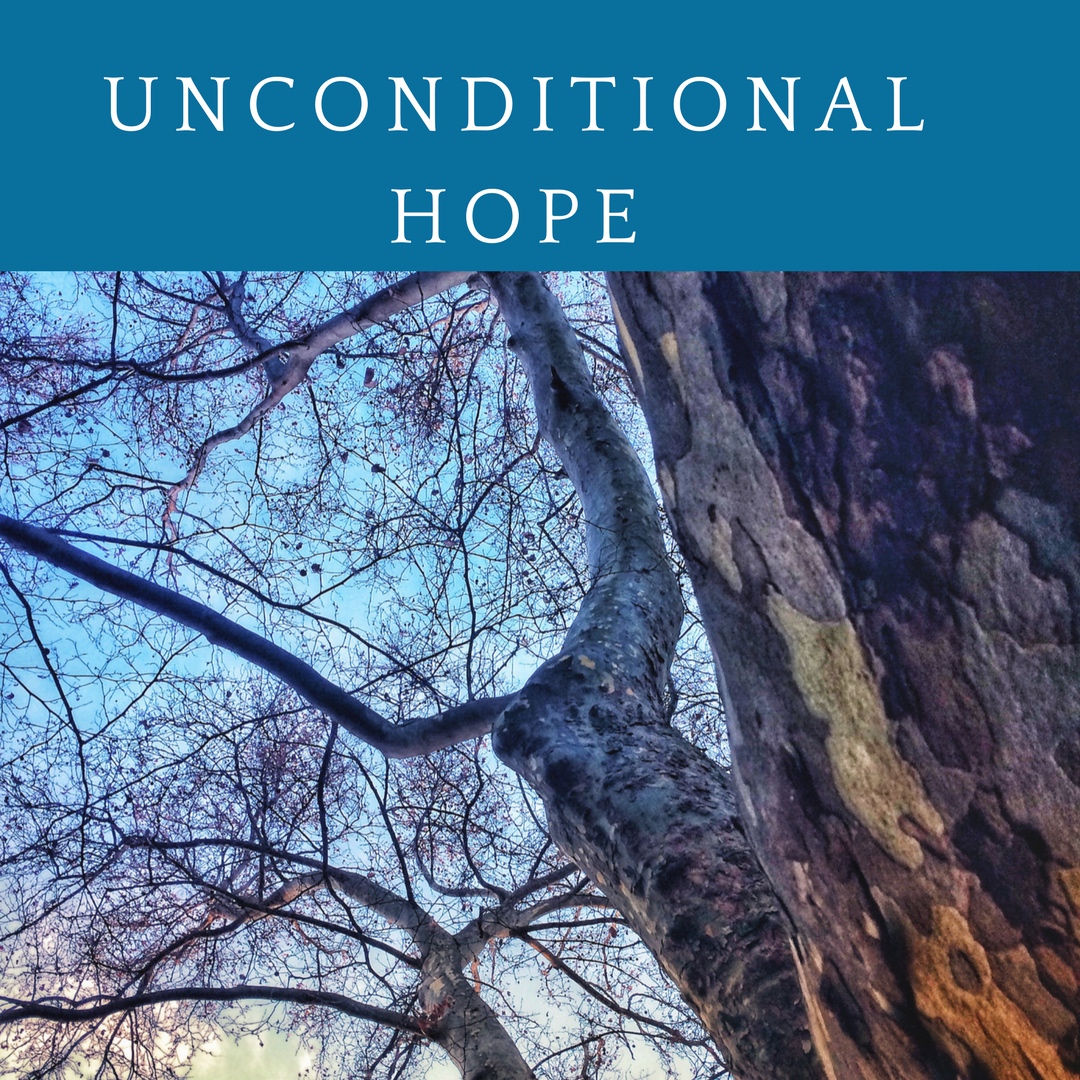 January is a good month for reflections. Historically, I have like many others, used the beginning of the year to think about […] 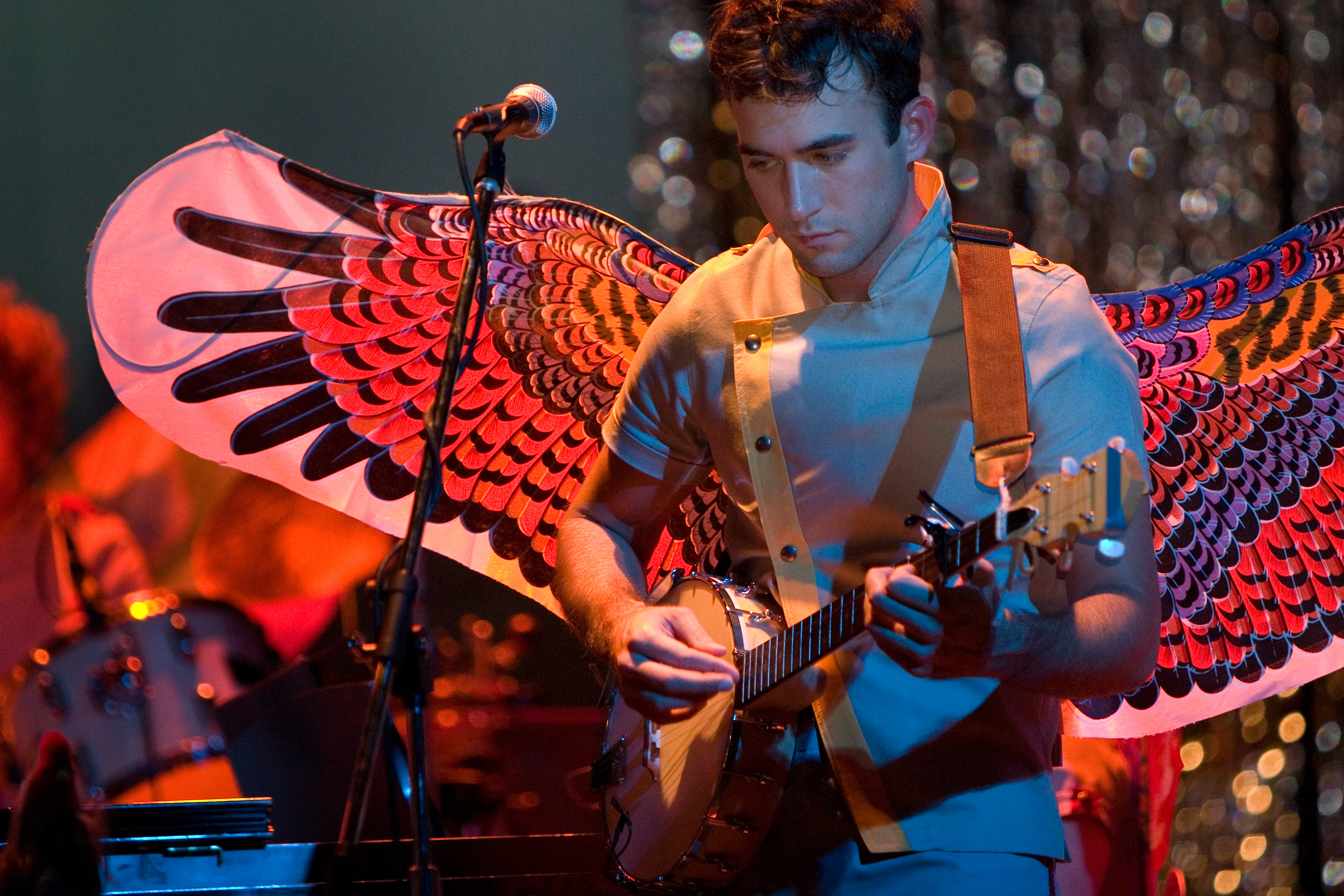 It happened again last week–“you’re so quiet.” I get this comment so frequently that I sometime feel I need to go the […] 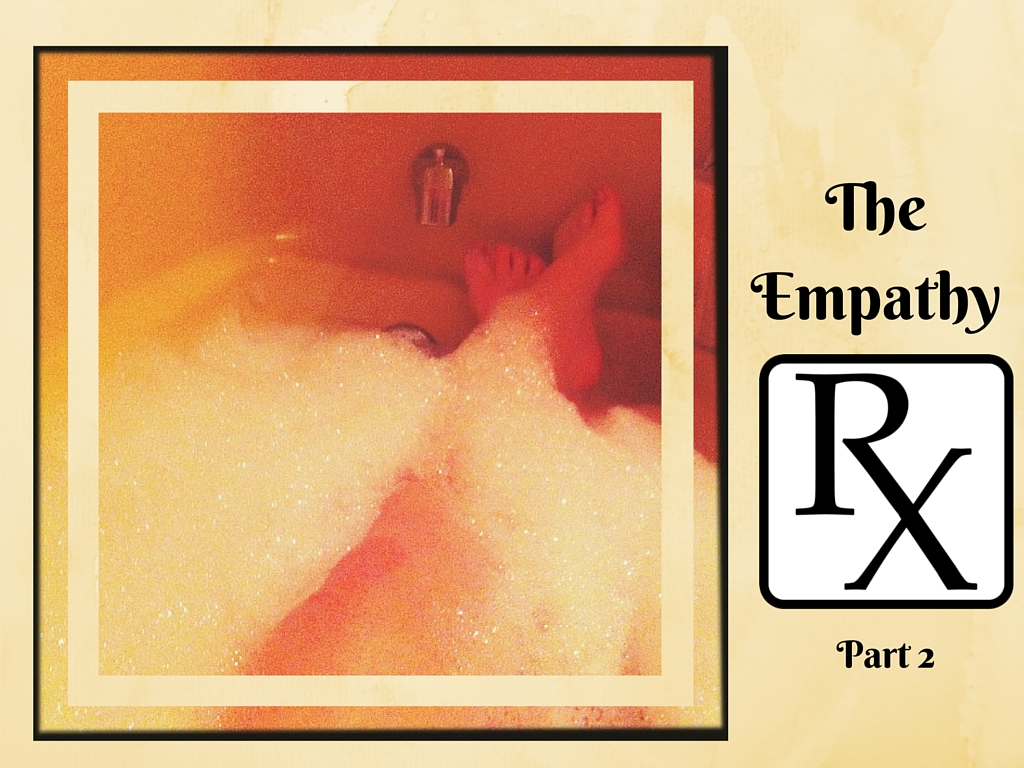 A while back, I wrote a post regarding empathy and how cultivating empathy was a necessary pathway to wellness. I do not […]